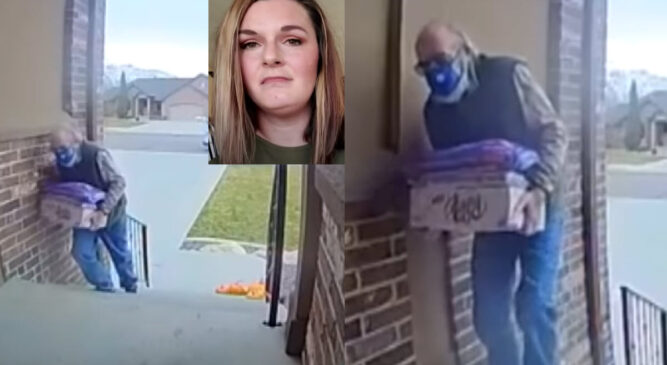 Older adults continuously remind each of us of how strong we all can be. Despite facing all manners of adversity, some of us couldn’t imagine, they still move forward every day. There’s an old saying that goes, “When the going gets tough, the tough get going.” While that may sound like a cliché, it really goes to describe the attitudes of many elderly individuals in our communities. Often these folks have to struggle to survive on a fixed income, and unlike some younger folks, they don’t bother going on social media to whine about their situations. Instead, they buckle down and focus on survival.

One prime example of the will to survive is a delivery person in Utah named Larry, who serves as a prime example of our elders’ strength and toughness. His dedication and resilience have gone on to inspire thousands online and within his community. One person he inspired is Jennifer Weiss, who lives in Ogden. You see, Jennifer had done some grocery shopping online, but little did she realize that the man who would deliver her items that day would profoundly change her life. When she spoke to ABC4, the Webber county resident confessed:

What made Jennifer feel guilty?

Jen Cantell Weiss shared footage on Nov. 15 showing the man, who worked as a delivery driver, struggling to walk up the steps of her home in Ogden as he dropped off her groceries.​ https://t.co/R5u6ZZU17Q

It was watching the delivery of her groceries via her doorbell camera. When her Walmart order arrived, Jennifer noticed that Larry took extreme care to deliver her packages safely.

This in itself is commendable as too many drivers drop their cargo carelessly and rush off to their next stop. Not only that, Larry obviously was having physical issues walking up the front steps while carrying her items. 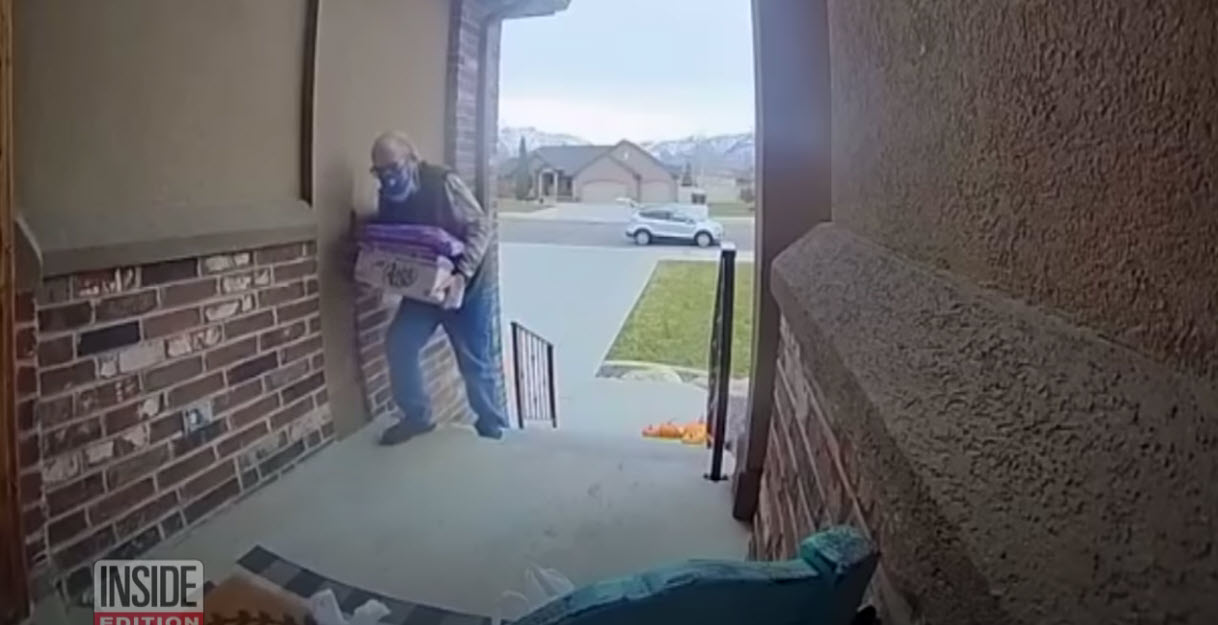 Jennifer went on to say that she:

After receiving her packages, Jennifer could not shake what she saw and decided she wanted to do something special for this dedicated, hard-working stranger.

Eventually, Jennifer shared a heartwarming post about her experience on a local Facebook page, asking others to help out. 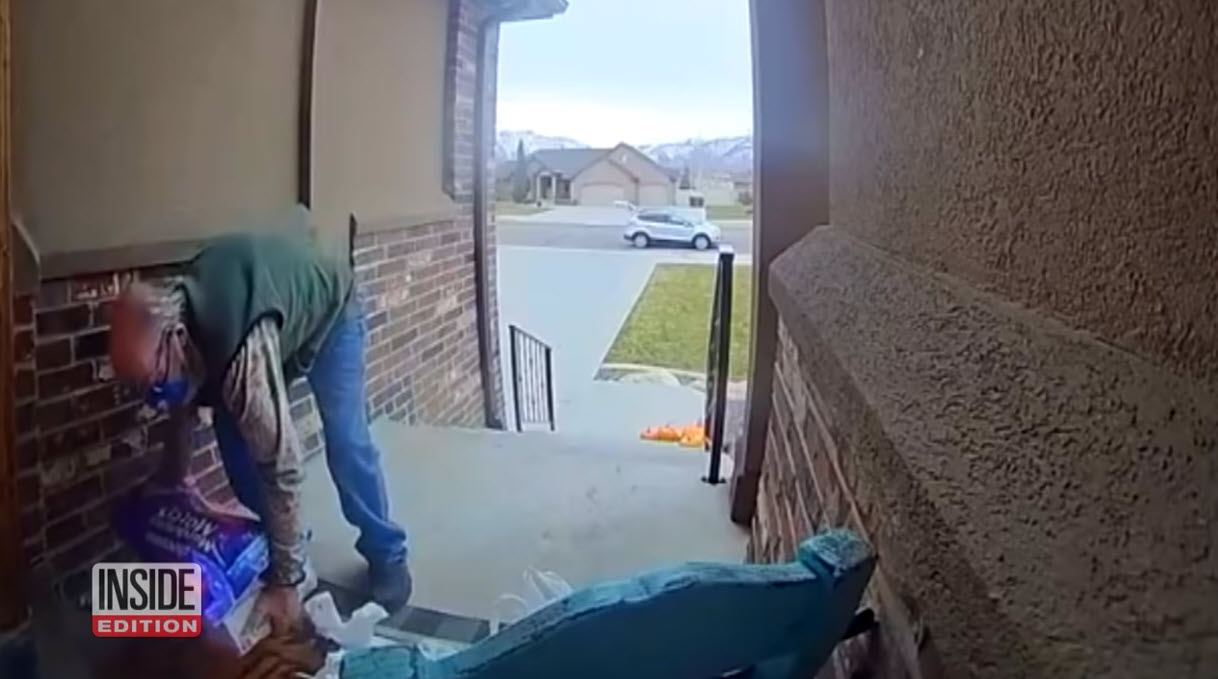 And not long after, she soon learned the driver’s identity once one of his family members saw her post and got in touch with her. Larry, who’s a retired Navy veteran, later told ABC4:

Soon, thanks to Jennifer’s efforts, the Weber County community all rallied together to help Larry too.

And, according to Larry:

It’s so wonderful to hear that this hard-working vet no longer has to put his body through all this to repair his roof. Larry is a shining example. We should all teach our kids about the virtue of hard work, determination, and selflessness. Despite his physical limitations, he put the needs of his customers before his own comfort. 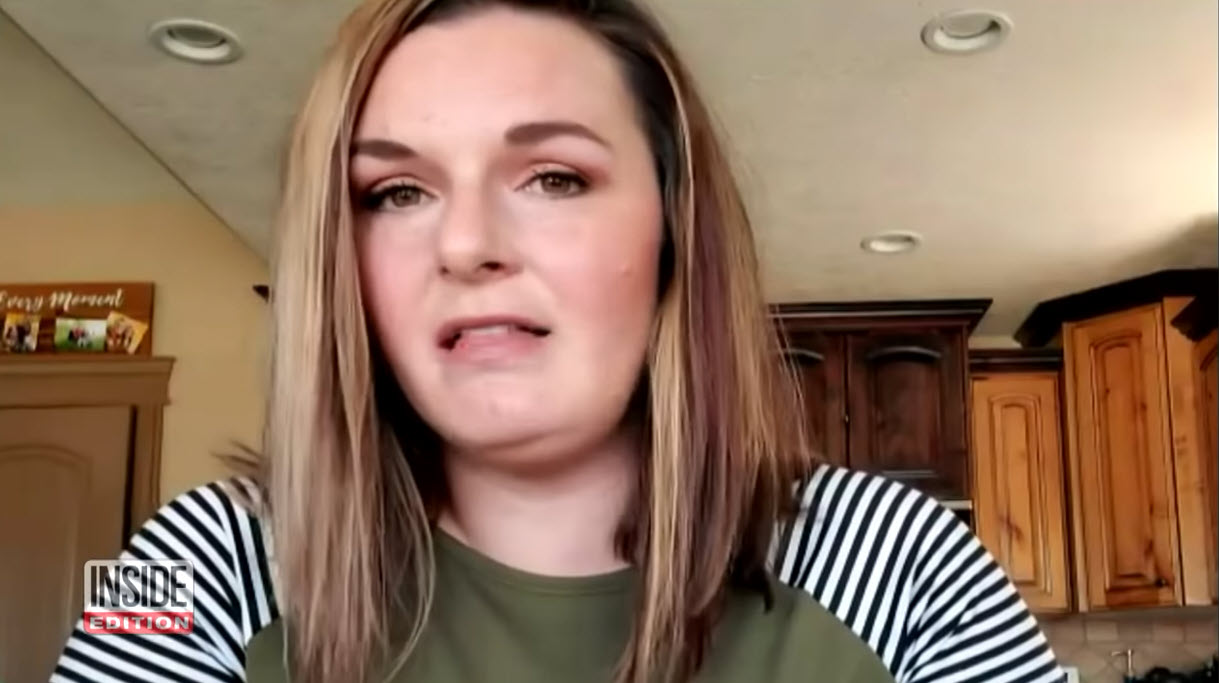 Thankfully, his admirable actions did not go unnoticed or unrewarded! Regarding the blessings Larry’s received, Jennifer added:

You can watch a video about this touching story below.