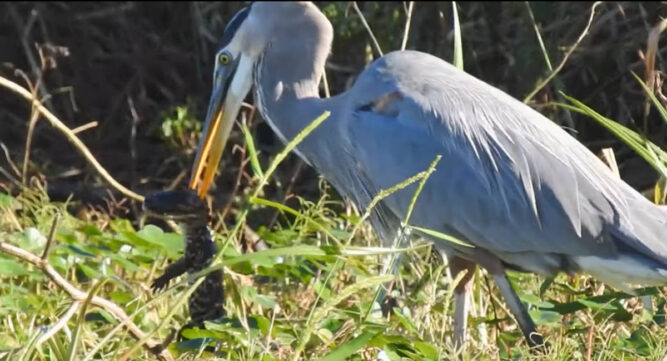 Nature can be both beautiful and brutal as all animals must adhere to the “survival of the fittest” rule, which dictates who survives on any given day. And while many people would think certain animals have nothing to worry about in terms of predators (other than humans), that’s not necessarily the case. For instance, sharks, which are considered the toughest and most dangerous fish in the sea, are often hunted and killed by orcas. Even bears have predators such as wolves, tigers, and other bears. And when it comes to alligators, it’s hard to imagine anything powerful enough to tangle with these toothy reptiles.

But, recently, a photographer named Shellie Gilliam was in the Florida Wildlife & Exotic Animal Sanctuary and Rehabilitation Center, where she witnessed a truly mindblowing scene. Gilliam was able to capture on film a giant bird known as a Great Blue Heron, grabbing a baby alligator with its beak and swallowing the little reptile whole! She shared the video on her Facebook page with the caption:

Gilliam went on to explain that the bird is known as a “savage predator.”

The photographer also shared some photos showing the moment the great blue heron dined on the unsuspecting, defenseless alligator. 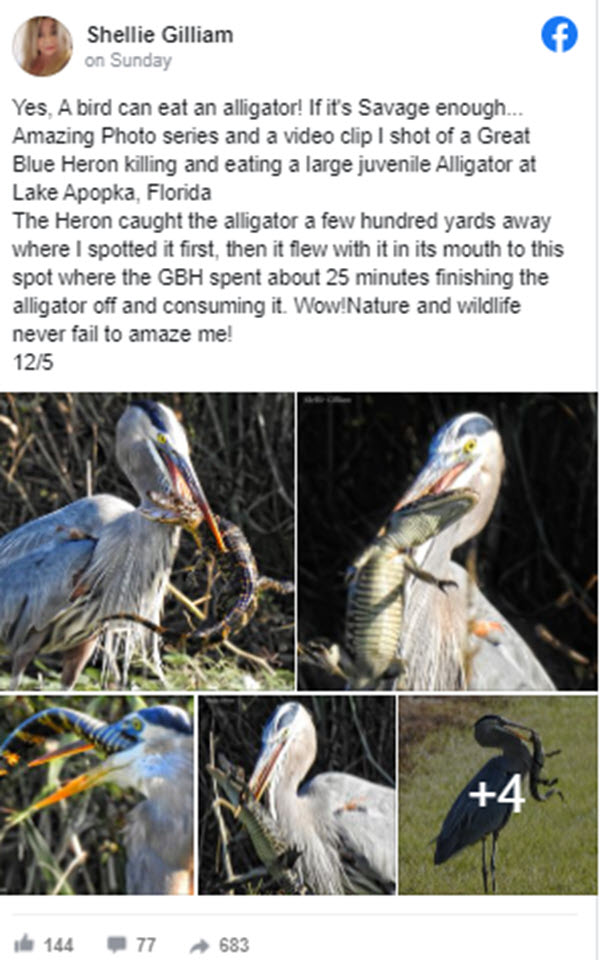 In the caption, she wrote:

As you can imagine, many folks had plenty of thoughts about watching a bird eat an alligator whole.

You can watch the footage of this incredible moment below.