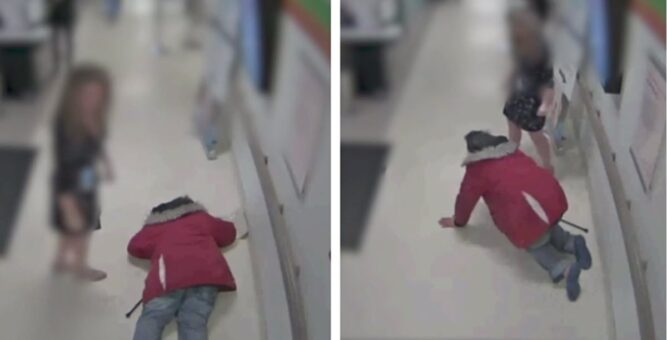 In a story that is too painful to even believe, it’s recently been revealed that a patient was in so much pain that he had to crawl out of the hospital when the careless staff refused to help him. This incident happened in 2018, but the video recently surfaced and the story was reported by CBC. The man is David Pontone and he says his voice still shakes when he thinks about the humiliating experience. He visited Toronto’s Humber River Hospital with unbearable pain. He couldn’t even walk, it was so painful. It took the family a long time to get video footage of the incident.

David was 45 at the time and went to the emergency room explaining that he had horrible pain in his legs. Because he has bipolar disorder, the hospital staff thought he was faking his pain. He was later diagnosed with Guillain-Barre Syndrome, which is a debilitating and often fatal auto-immune disease that causes full-body paralysis in some patients. When he told the hospital staff that he took medication for bipolar disorder, they just assumed that he was there to try to get pain medication or something. It should be noted that he has been stable for years because he takes his medication.

David says that he was “misjudged” and “mistreated,” and he hopes that by telling his story, no one else will have to go through something like this. Although a doctor saw him and ordered an MRI, they also referred him to the psychiatrist who was on call at the hospital as soon as they learned of his mental illness. His medical records were obtained by Go Public, and the psychiatrist noted that David’s most dominant symptom seemed to be anxiety. Which is only natural if you’re in the kind of pain caused by what he was going through. When the MRI didn’t show anything wrong, they removed his blankets and basically kicked him out, saying nothing was wrong with him. 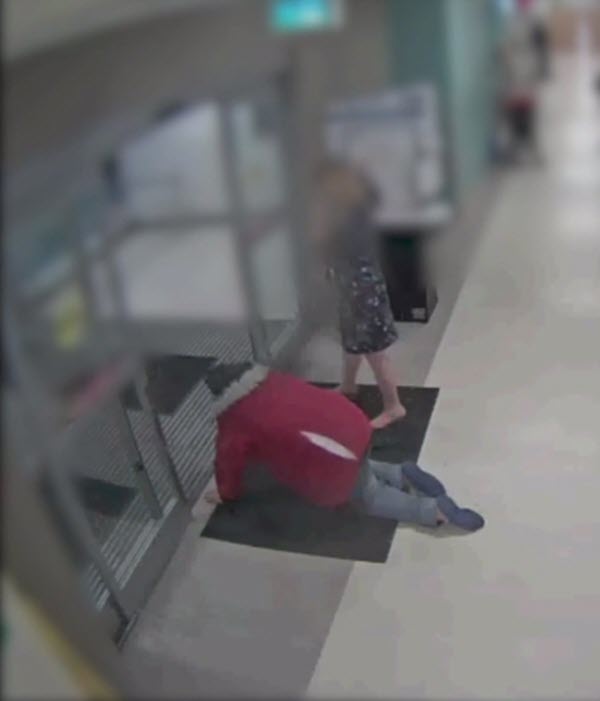 David was ordered to leave the hospital and the video cameras recorded all of this. A nurse walked up to him as he was crawling on his hands and knees, and she even said, “You’re a big boy!” and told him “You’re strong.” It took him 20 minutes to reach the exit of the hospital. Fortunately, an ambulance was able to take him to another hospital, and that’s where the neurologist diagnosed David with Guillain-Barre.