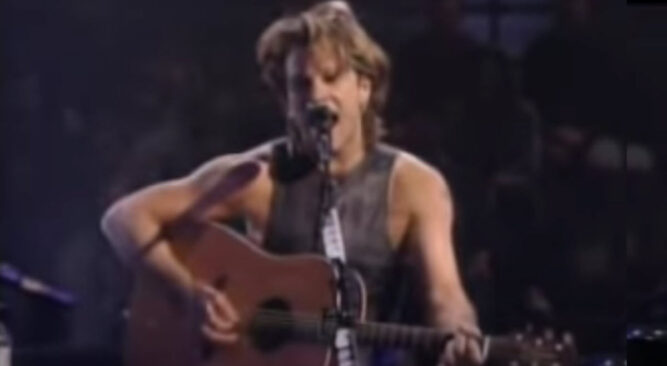 There’s no legitimate discussion about the greatest rock & roll artists to come out of the ’80s without the inclusion of Jon Bon Jovi. And if you talk to fans, just about everyone agrees that his 1986 hit “Living On A Prayer” is Bon Jovi’s greatest masterpiece. The artist wrote the song along with Richie Sambora and Desmond Child. After its release, “Living On A Prayer” would become the band’s first number one hit, skyrocketing up the Billboard Mainstream Rock chart and becoming their second consecutive number one on the Billboard Hot 100. In 1988, the song earned a Grammy Award nomination for Favorite Pop/Rock Single, and the band would win a Grammy that year for Favorite Pop/Rock Band/Duo/Group.

Oddly enough, Bon Jovi wasn’t impressed with the song’s original recording, which was later put on their “100,000,000 Bon Jovi Fans Can’t Be Wrong” album as a hidden track. Thankfully, Sambora, the group’s lead guitarist, managed to convince him to give the song one more shot. Together the men reworked the entire song, adding different drum fills, a new baseline, and using a device called a “talk box.” And the rest, as they say, is history. Today the official music video for “Living On A Prayer” has generated over 639 million views on YouTube alone. 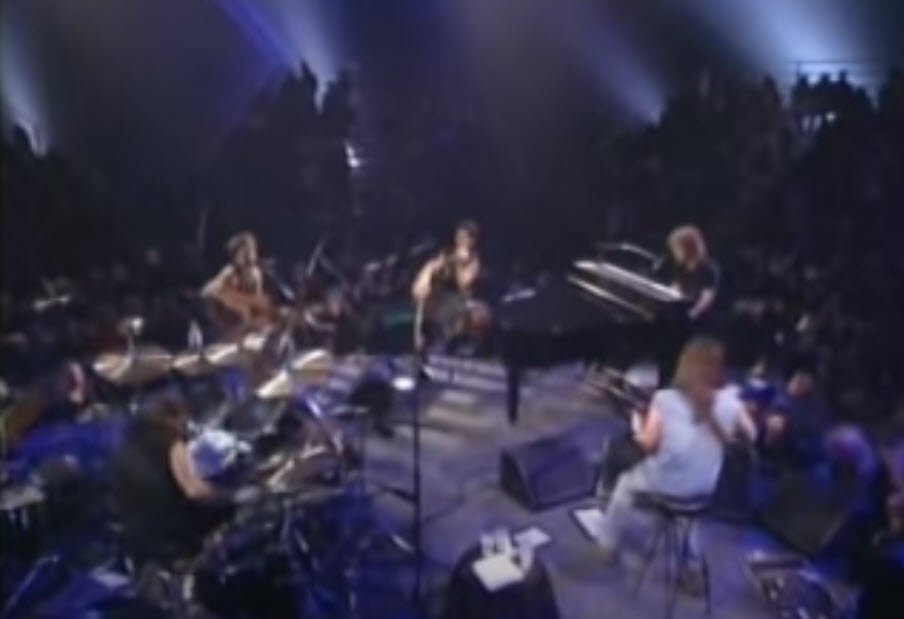 For fans worldwide, this song encapsulates the daily struggles that billions of working people face every day. We’ve all had times in our lives when we had to put the things we wanted on hold or even give them up for the people we love. Bon Jovi explained the deeper meaning behind the song, saying:

“It deals with the way that two kids – Tommy and Gina – face life’s struggles,” noted Bon Jovi, “and how their love and ambitions get them through the hard times. It’s working class and it’s real… I wanted to incorporate the movie element, and tell a story about people I knew. So instead of doing what I did on ‘Runaway’, where the girl didn’t have a name, I gave them names, which gave them an identity… Tommy and Gina aren’t two specific people; they represent a lifestyle.” 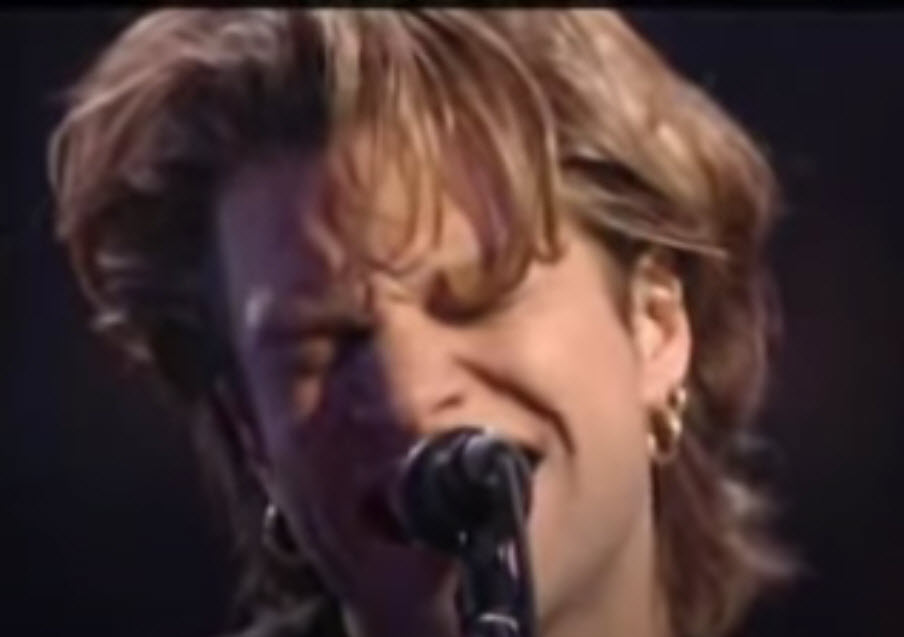 You can watch a live performance of  “Living On A Prayer” in the video below.