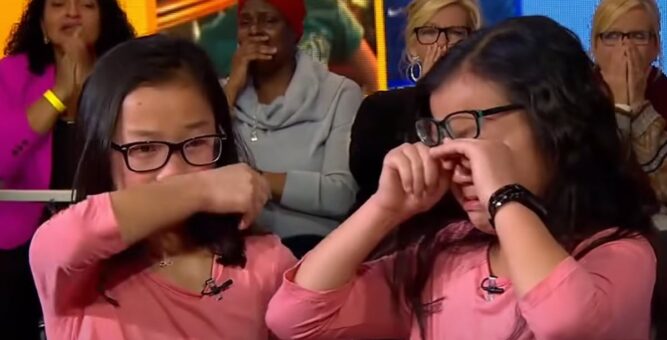 Two twin girls who were separated at birth were reunited for the very first time on Good Morning America. Gracie Rainsberry and Audrey Doering knew they were adopted, but neither of them, or their families, knew that they had a twin sister. The girls were born in China and were each adopted by a different American family in 2007. When Jennifer Doering, Audrey’s mom, discovered that her little girl had a twin, she turned to the Facebook community for help. From there, she was eventually able to make a connection with Gracie’s mother, Nicole Rainesberry, who was just as astonished as Jennifer was when she found out.

The girls and their families met for the first time on a Good Morning America broadcast, and while they live hundreds of miles away from each other, they still talk to each other on the phone (probably Facetime, because that’s how kids these days communicate) at least every couple of days. For Gracie, it still seems surreal. She said that having her identical twin sister in her life is like having another part of herself. Audrey echoed her sister’s words, saying that the best thing is that they get to spend some time together and get to know each other. It’s truly a blessed thing that they reunited at such a young age. 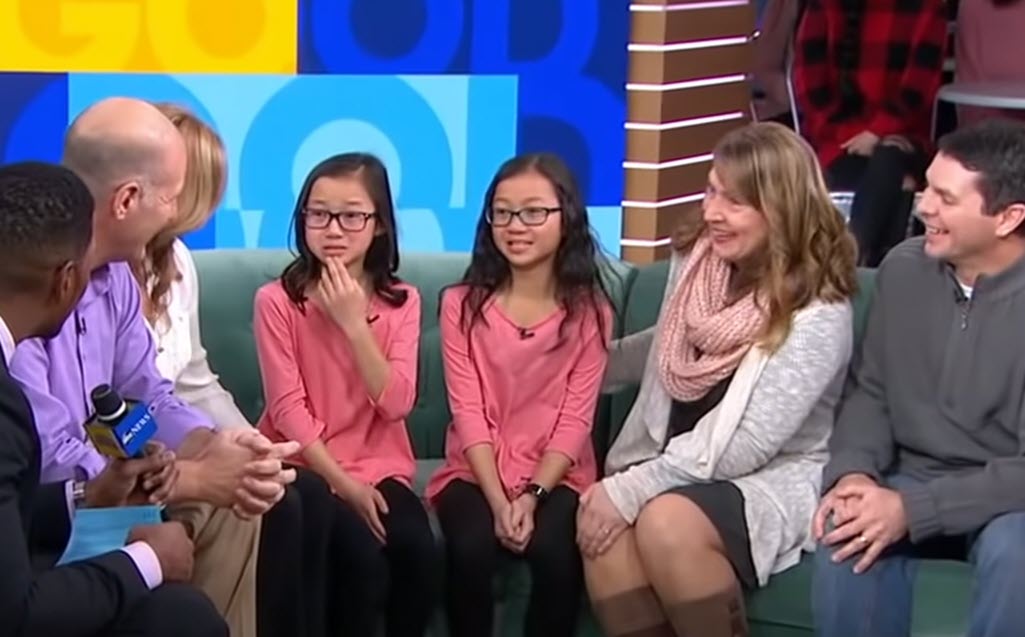 In the time they’ve known each other, they’ve discovered that they have a lot in common. For example, they’re both athletic, with the girls explaining to American Girl that Gracie plays soccer and basketball, while Audrey does gymnastics. As it turns out, the time they both felt that they truly bonded as sisters was when they went boogie-boarding together in San Diego. That’s also one of their favorite memories of their time together. Another great memory is when they were able to celebrate a birthday together. Audrey said that it was great fun to share a cake with someone.

Both of the girls had heart conditions as babies that required surgeries. They also both wear glasses. As similar as they are as identical twins, they do have some differences. Audrey is right-handed and Gracie is left-handed. Also, Audrey enjoys wearing dresses and Gracie doesn’t. The pair also attended summer camp together, and it was Audrey’s first time coming to Washington State. The parents are delighted that they’ve been able to connect the dots and bring the girls together. Watch this heartwarming video below.