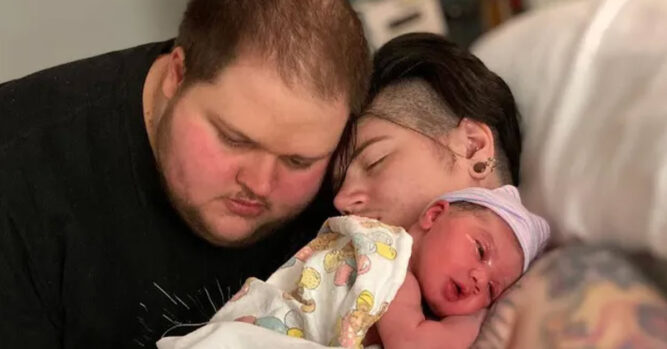 Ash Patrick Schade is a 28-year-old from Huntington, West Virginia. He had always felt as if he didn’t belong in his own body, so he began transitioning to a man in 2018.

Fast forward two years to February 2020, and he had already been taking estrogen along with testosterone blockers. He was looking for a good time and took advantage of a ‘Grindr hook-up’. 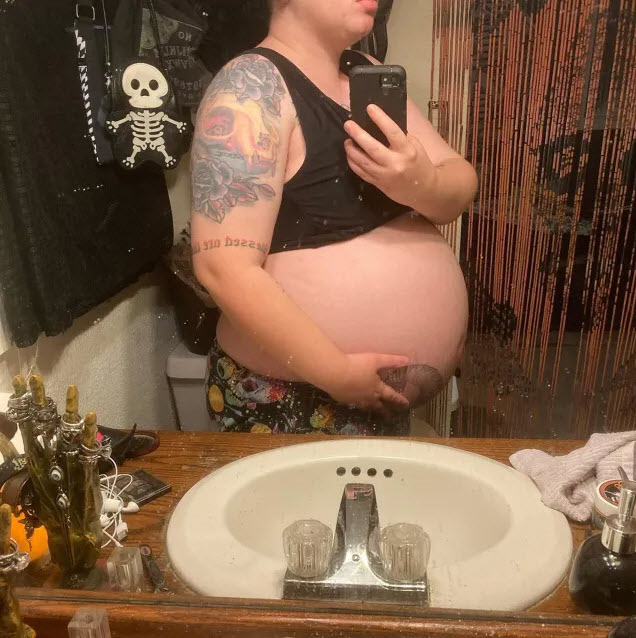 Not long afterward, he discovered that he was pregnant. After learning that he was carrying a child, the PhD student and mental health worker stopped taking his hormone treatments so that he could carry the child to full term.

About a month after he got pregnant, he met 28-year-old Jordan. They got married and were husband and wife when Ronan was born.

Jordan and Ash are raising the child together, being supported by friends in the transgender community. You would think that would be all there is to say about it, but there is actually more. 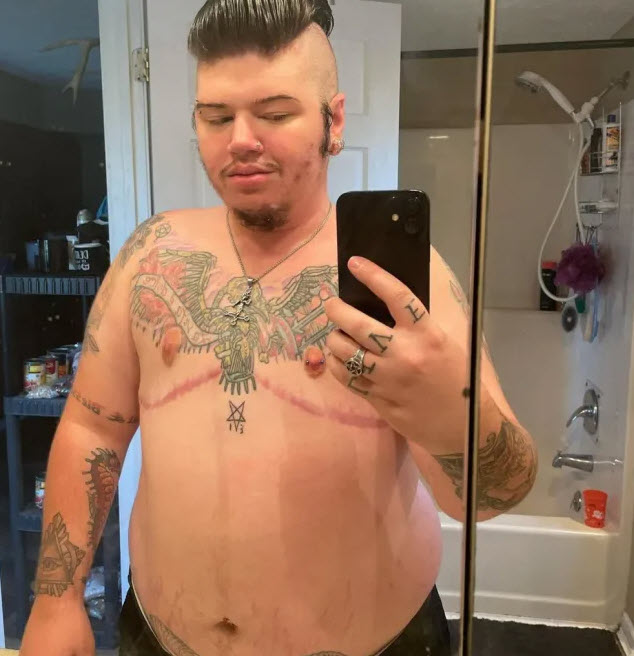 Ash decided that he would have his breasts removed. After the pregnancy, he went through surgery but then he made another decision. He decided he wanted to have more children.

In order for him to have more kids with his husband, he decided to not go through the gender reassignment procedure at this time.

He spoke about how he was having a struggle in 2019 in 2020. He had gone through a divorce and was struggling with his mental health. Ever since he was a young child he felt as if he was in the wrong body. 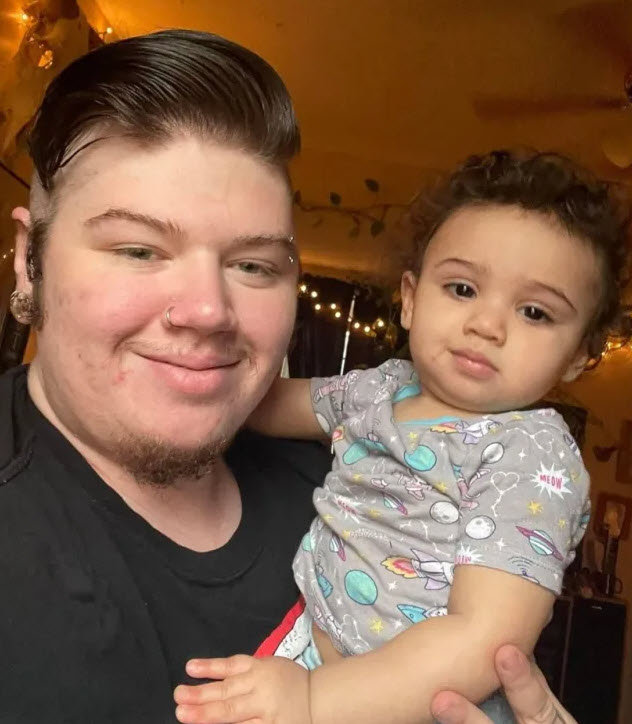 His parents tried to help by sending him to conversion therapy but he continued to feel the same way. In 2018, he began his transition but he was afraid that his pregnancy would harm his mental health.

Thankfully, he had the support of his husband after they got married in February 2021. Even though he was a high-risk pregnancy, he was supported and was able to come through it successfully.