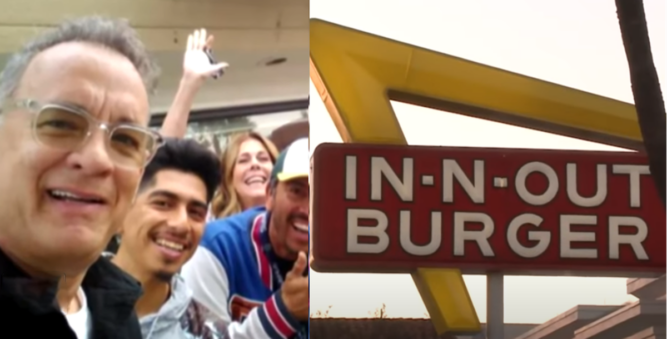 Legendary actor Tom Hanks has a reputation for being one of the nicest guys in Hollywood and he’s also known to be extremely humble. I’ve read a ton of anecdotes on Quora about what celebrities are like in real life and everything I’ve read about Tom Hanks is the same: He’s a heck of a nice dude. That’s saying a lot for a man who rose to fame on the heels of hits like “Forrest Gump,” “Saving Private Ryan,” and more. Did you know that Hankes is also the famous voice behind Woody of the three “Toy Story” animated films by Pixar?

He’s not just an actor, though. He’s also a skilled producer and has won numerous awards, including the coveted Kennedy Center Honor and a Presidential Medal of Freedom. The 62-year-old actor just has a stellar reputation, and he also has one of the longest and happiest marriages in Hollywood. Speaking of his marriage, Hanks and his wife were recently enjoying a burger at their local In-N-Out Burger (one of the best burgers in the world, in my opinion!) and he had the chance to show exactly why he’s so affable and beloved by his fans. He mingled with the guests a bit and took some photos, but that’s not all. 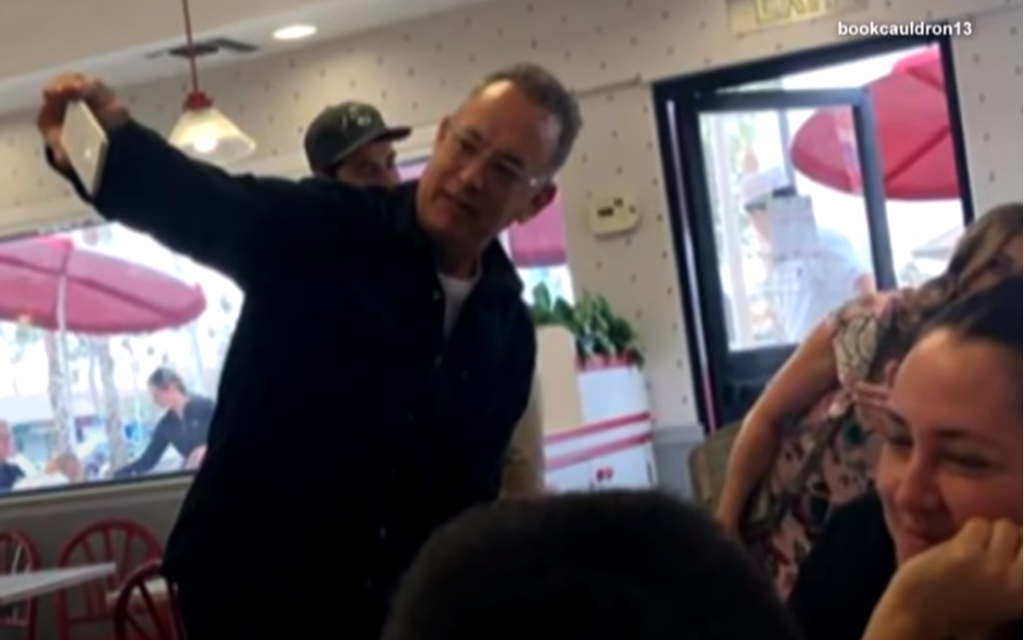 Tom Hanks actually walked around to the drive-thru and paid for the meals of some of his fans. What an amazing surprise, right? Not many people in the world can say that their favorite celebrity actually bought them dinner, can they? Not only did these lucky people get to meet a Hollywood legend, but they enjoyed a free burger at the same time, and of course, most importantly, bragging rights.

One fan was simply overjoyed and “starstruck,” she said when Tom and his wife wished her a “Merry Christmas.” Watch this heartwarming video below.