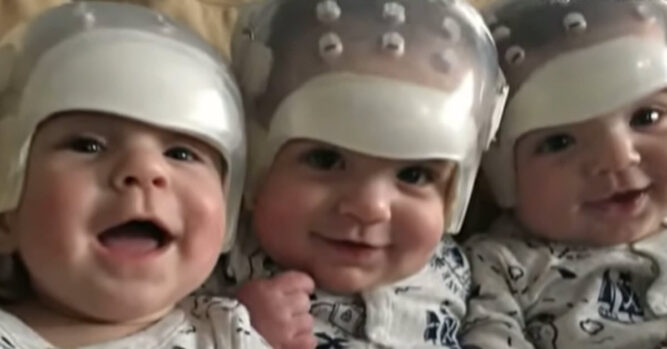 The birth of any child is an incredible event in life. It is one that we remember vividly for the rest of our life.

In most cases, things go well and we now have a little bundle of joy in our lives. Of course, there are times when things don’t go as expected.

One thing that might not go as expected is when you have more than one child. Twins are amazing, but triplets are beyond what many of us are prepared for.

Even among triplets, there are times when something unexpected may happen. That was the case with the Howard triplets. They were all born with the same skull condition and doctors were amazed that it could even happen.

Amy and Michael Howard were blessed with their three little bundles of joy, Kaden, Jackson, and Hunter in October 2016. After they were born, the doctors took a closer look and it was determined that they were all born with craniosynostosis. 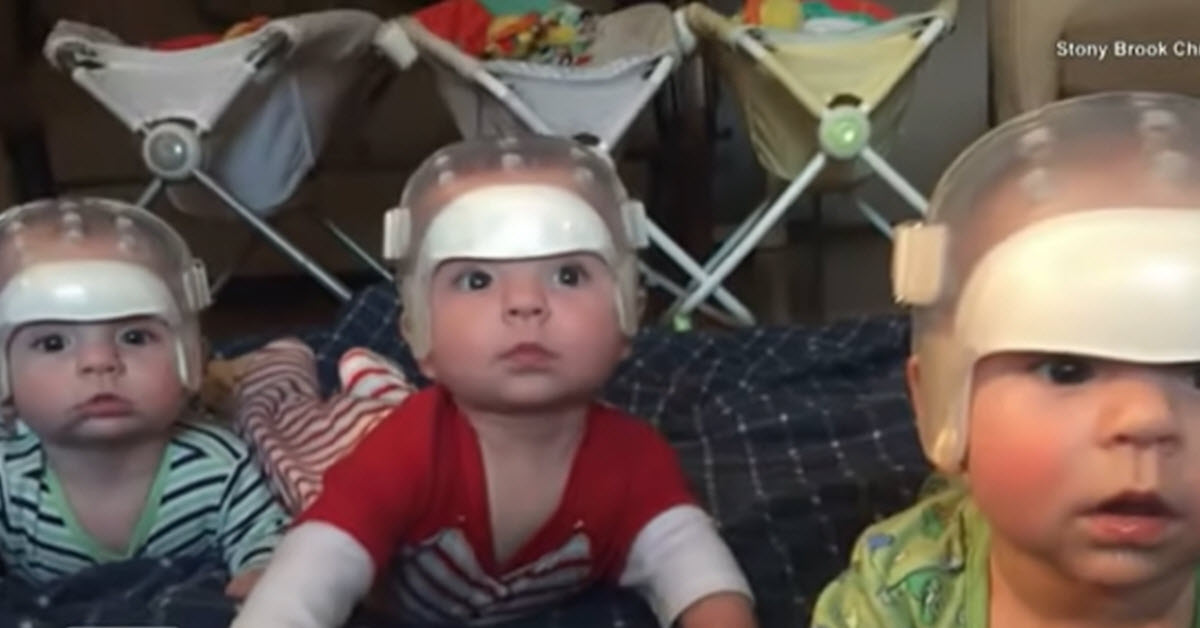 If you’ve never heard of this condition before, you are not alone. You see, when a baby is born, they have 3 parts to their skull that are joined together with softer material. Those skull bones close by the time they are around 2 years old and now those bones are joined.

When a baby has Craniosynostosis, the skull fuses early in life before the brain is finished developing. As the brain continues to grow, the skull doesn’t give the room necessary and it can limit the growth of the brain.

In some cases, there may be pressure that builds up inside their skull as it grows. This could lead to many difficulties. 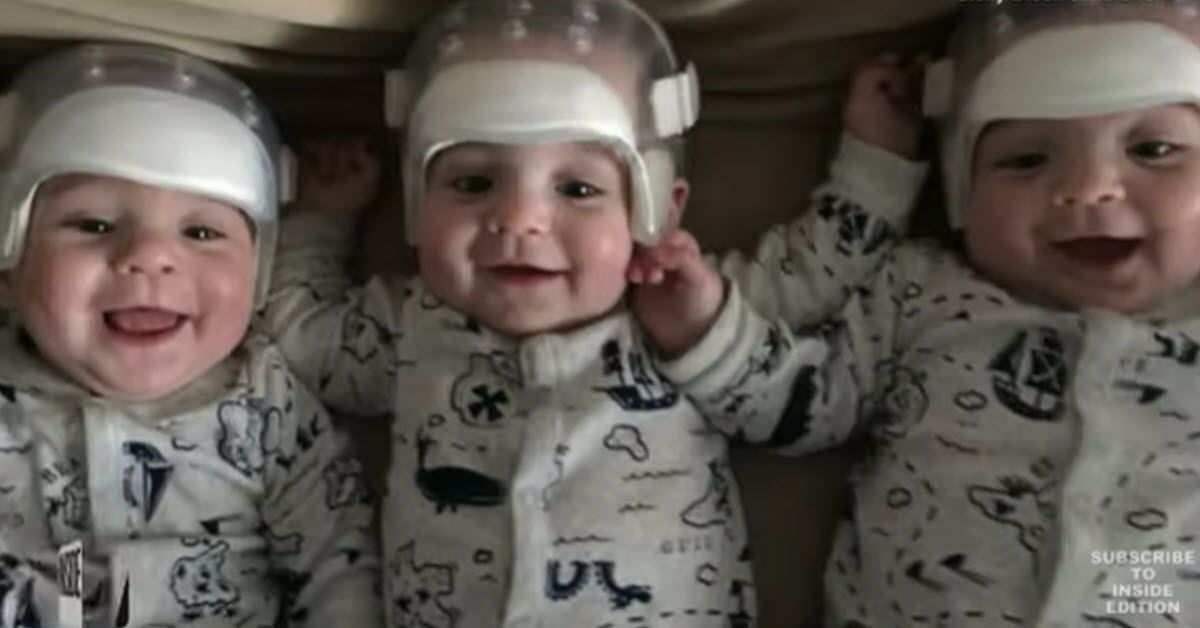 Although Craniosynostosis is not the rarest problem to happen with babies, the fact that all 3 of the Howard triplets had the condition was unheard of.

This was undoubtedly a stressful situation for the Howard family but we live in a time of modern medical miracles. There are procedures that can correct the problem, at times without surgery, and allow the child’s brain to grow.

All three of the Howard boys needed surgery. It involved making small incisions and cutting some of the bone where the skulled had fused.

After the procedure, the boys were given special helmets to wear 23 hours per day so their skulls would shape well. They wore those helmets for up to 9 months.

The good news is that all of the boys did well and were able to go home a few days after the procedure. They then recovered at home.

As you can imagine, the Howards were still not out of the woods. They had three little boys that needed special care. Even though they felt overwhelmed at times, they love their new family very much.

Mike said: “It’s a little chaotic. It’s awesome, I wouldn’t change it for the world, but it’s crazy.” Amy added: “The babies want to be picked up all at the same time. It is a little bit hectic, especially around bed time.”

Find out more in this video: