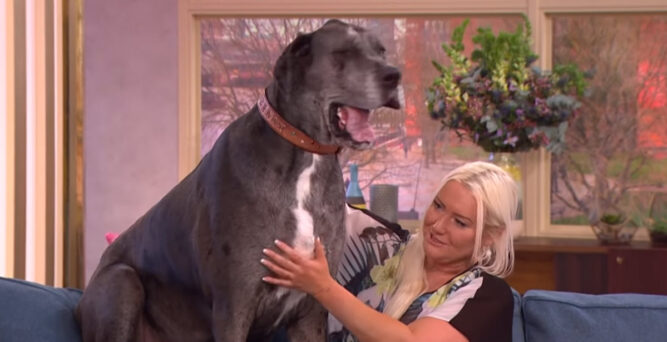 A Great Dane named Freddy was 7’5″ tall, making him the tallest dog in the world. And in fact, he was loved by what seems to be the entire world, and his beloved human, Claire Stoneman, takes comfort in that fact. Freddy held the Guinness World Record for the tallest dog.  When he stood on his hind legs, Freddy stood over seven feet tall and he weighed 15 stone. He was only eight years old when he died. Described as a gentle giant, the huge lovable dog became the record holder in 2016 and became a superstar. He was actually the runt of his litter, as it turns out.

From there, he grew to be massive, and he spent his life much loved by Claire, who lives in Essex, England. She said that in addition to being the tallest dog in the world, he was also the dog with the biggest heart and the “most love.” Claire said that Freddy was her joy and her “reason.” She also jokingly said that he was her “annoyance,” as can only be the case with such a big dog. She said that he was definitely her “one in a million.” He came to Claire as a puppy, a couple of weeks sooner than most puppies would have. However, he wasn’t nursing from his mom, so he was ready for a family.

Claire said she had no idea that he would become so huge. Last year,  Claire and her family had a party for Freddy, complete with balloons, cakes, and more, to celebrate his birthday. Although Freddy was the tallest dog in the world, Guinness Word Records measures dogs by length, not by how tall they are when standing. So Freddy was measured at 3’4″ long (tall). To feed Freddy was no joke. He ate both kibble and real meat that included roast chicken, minced beef, and treats. In all, she spent about £500 on food. That’s a lot of money to feed a dog, but it was worth every penny. 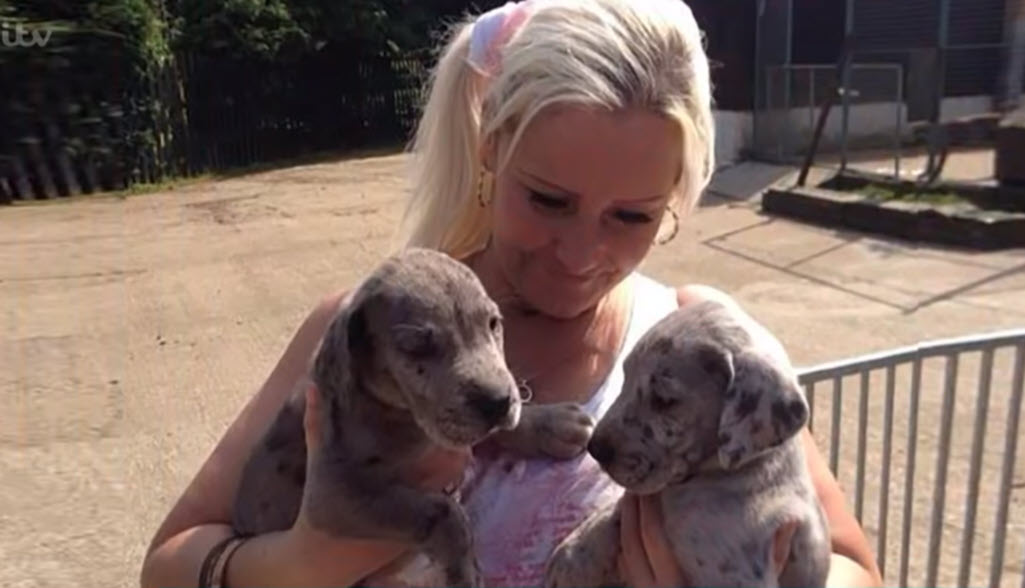 The editor-in-chief of Guinness World Records Craig Glenday said that measuring Freddy was an “unforgettable” and challenging experience, but he treasured getting to share a sofa with the big guy. Here’s a video of Freddy when he did a morning news show.