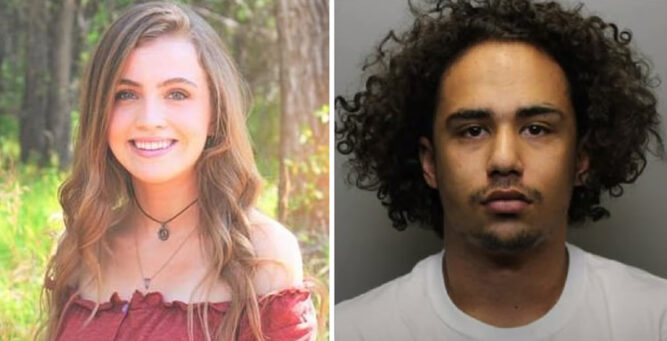 Trigger warning: this article contains details of a violent crime that may be disturbing to some readers.

Danielle Hopton was an ambitious 18-year-old girl with a caring heart. The young woman spent most of her free time working as a volunteer at an animal shelter. When she wasn’t doing that, she was helping her father raise guide dog puppies who would grow up to work with blind people, People says. Unfortunately, this bright young light was snuffed out in February. Danielle was found beaten to death in an apartment parking lot. Allegedly, the murderer is her ex-boyfriend, a 21-year-old man named Stephen McNeil. On that fateful evening, the police in Fort Collins, Colorado received an emergency call about an injured and unconscious woman.

In a press release by the Fort Collins Police, it says that Hopton was found with “life-threatening injuries” that were consistent with an assault. She was also unconscious, the report said. Although the police didn’t go into details about the injuries that Hopton sustained, the New York Post reports that her death was ruled a homicide. McNeil was arrested for the crime, along with his friend, Ian Rayas, a 20-year-old who allegedly lied to the police about what happened. The story is that a group of several friends was hanging out together socializing, and this included Hopton, Rayas, and McNeil.

At some point, the group drove to an apartment complex, where they parked to continue socializing. Then, McNeil and Hopton got out of a car to talk privately. That’s when the assault happened. After the assault, McNeil left the scene of the crime, and someone else in the group called emergency services. The couple both went to Fossil Ridge High School, and the young lady graduated in 2020. McNeil was an athlete on the football and track teams, CBS4 reports. This incident is being referred to as domestic violence.

A GoFundMe has been set up for Danielle’s family.

Here’s a news video about this shocking story.