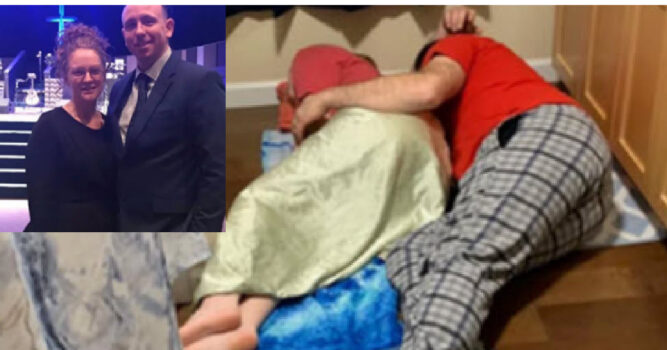 It’s pretty common to hear single ladies out there complaining that all the “good men” are nowhere to be found. In a way, they make a good case. When considering how many single guys out there now have such a warped perspective when it comes to women, it’s pretty clear that far too many are victims of a hyper-sexualized society that regards women as little more than fantasies rather than flesh and blood human beings.

Thankfully, there are still a few good men in the world who still believe in traditional values like honoring God and family. While religion isn’t everyone’s cup of tea, there’s no denying it can positively impact someone’s outlook. It can be like a healthy lifestyle for the soul, much like diet and exercise, in which a person has to discipline themselves against submitting to temptations.

Those with strong faith gain control over their impulses and strive to be better people.

Recently, a mom in Pennsylvania named Kari Boyer shared a heartfelt post that contained excellent advice for single Christian women. She spoke about all the qualities they should look for in a man who walks with Jesus.

Kari’s story began with an ominous photo showing her 13-year-old daughter lying on top of a towel on the bathroom floor next to the toilet.

Cuddled behind the teen was Kari’s husband, with his arms around the child’s waist.

Now, just looking at this image, many bad scenarios probably went through many people’s heads. After all, it’s a pretty sick world out there. But, the scene captured in this photo is anything but scandalous. You see, their daughter was very sick and had been vomiting all night long. Her loving dad decided to stay up with his daughter throughout the night to lend her comfort and help her when she needed to throw up.

Frequently, it’s the mothers who find themselves in the role of caring for their kids when they are sick. Usually, Kari would be the one who strokes her hair and tells her daughter everything will be okay. Many husbands out there feel that caring for children is their wife’s job, and they only need to be a “provider” in the financial sense. Many would not have bothered waking up, justifying their neglect by saying they needed to get up early for work the following day. 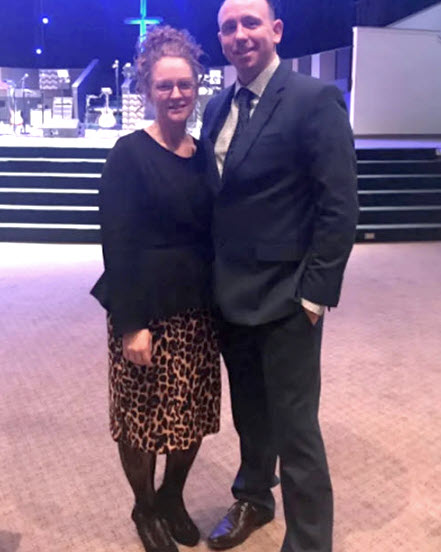 However, Kari’s loving husband shows us just what a real father looks like, as he didn’t mind losing a night’s sleep to comfort his child when she needed him. We imagine he either called in the next day or still went to work. Either way, he put his child’s needs first.

Kari spoke directly to the “young ladies,” looking for life partners in her post. She told them that they needed to pray and ask the Lord to send them a husband who meets certain standards. Here’s what she said: 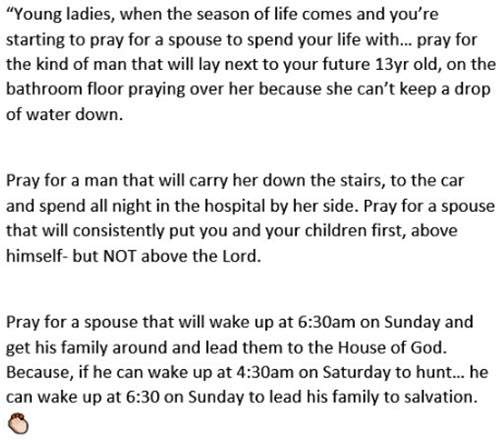 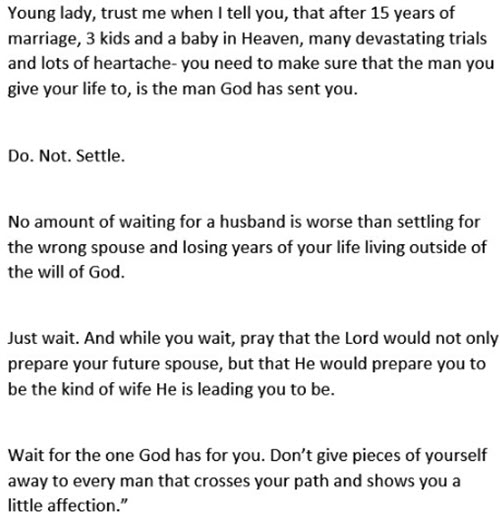 While religious men are not the right fit for every woman, there are still a lot of good and decent guys out there who would do just what Kari’s husband did in a heartbeat. However, it’s incumbent upon those ladies to learn just how to recognize the “nice guys,” who are still out there. This can be difficult, especially for those who often date “bad boys.”

While it may be a bit of extra work, there are always men out there with good hearts looking for someone to share it with. It’s only a matter of recognizing them when the time comes.

Young ladies, when the season of life comes and you’re starting to pray for a spouse to spend your life with… pray for…

What were your impressions of Kari’s post? Let us know what you think in the comments, and please be sure to pass this story on to your family and friends.