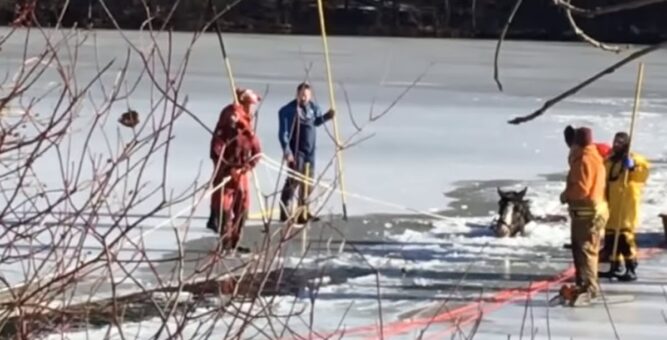 A story has resurfaced that is so thrilling and intense that it begs to be told, even though it happened two years ago. Two majestic 15-year-old Clydesdale horses that live at Pennsylvania’s Quiet Valley Living Historical Farm wandered away from their home and marched onto a frozen lake. These are heavy animals, so it’s no surprise that they fell through the ice, even though astonished residents say that no person or animal that they’re aware of has ever gotten lost in the lake. According to news outlet WNEP, the two horses, whose names are Wilhelm and Gunther, got out on a Saturday morning and wandered away from home.

The lake was less than a mile from home, but the horses were stranded in freezing water up to their necks. It was literally a life and death situation for these beautiful animals, and the community quickly organized and came together to save them when a neighbor saw them through their binoculars and called immediately for help. Firefighters rushed to the scene to rescue the 1500-pound horses, but their massive size and the distance from shore made it impossible to lift them up out of the water as quickly as it needed to be done. There was no time for cranes and other equipment to assist them. The horses would have been dead by then.

Instead, the rescue team got the idea of using chainsaws to cut out a path through the thick ice of the lake, and then guide the horses to shore as quickly as possible. It took a while, but the team worked quickly and efficiently and made it happen. When the path was carved, the horses were led out as quickly as they safely could be. Onshore, a veterinarian was on hand to examine them and get them dried off and warmed up. Remarkably, the horses had no broken bones or major injuries, although the vet kept a close eye on them for several days to make sure there were no lingering effects from the incident. 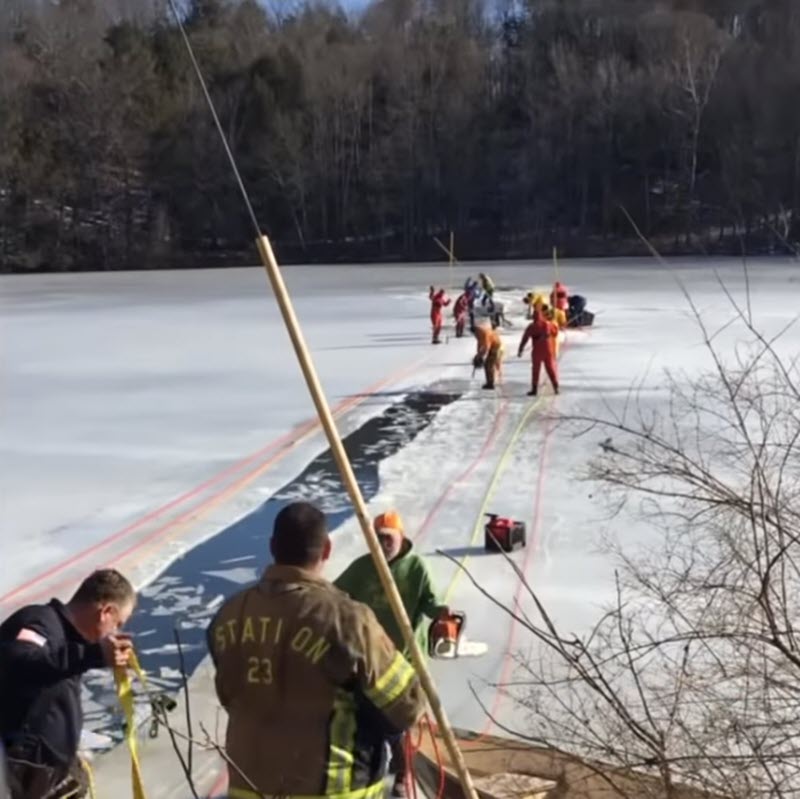 It took a huge team of people to pull this off, but together with various fire departments, search and rescue teams, veterinary staff, and neighbors lending towels and boats, these guys were miraculously rescued. 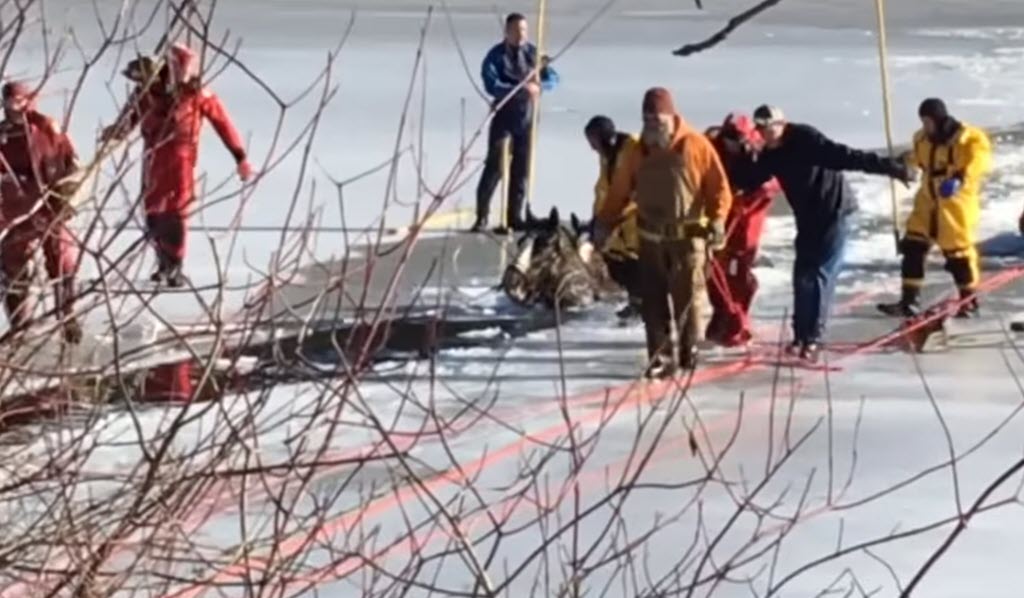 Meanwhile, these guys were grounded for the “foreseeable future” and no more after-hours romps were allowed. 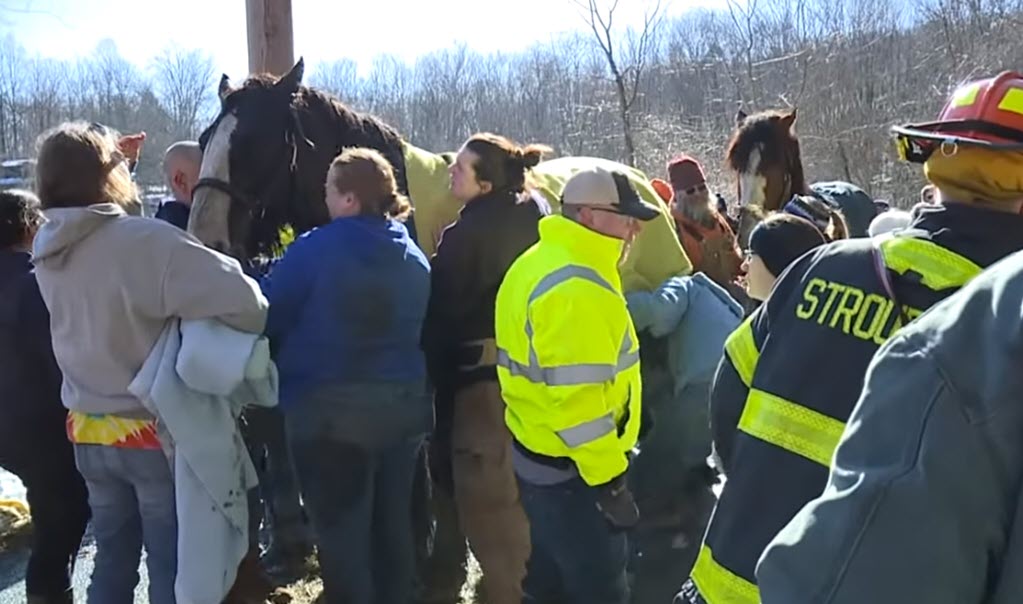 Watch the captivating video below.