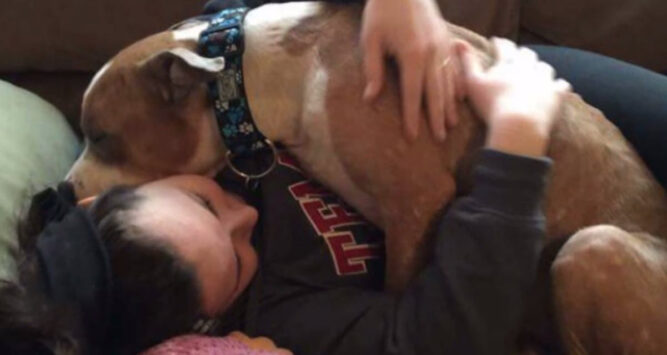 When it comes to dogs who are living in shelters waiting to be adopted into a loving forever home, powerful dogs like pit bulls are too often the last to be selected. They’ve earned a bad reputation over the years for being moody and unpredictable, but that’s because of their powerful jaw. The fact is, our little chihuahua is the moodiest dog I’ve ever known, but she’s not strong enough to do any damage if she snaps at someone. The truth is, vicious dogs are raised, not born, and fortunately for one bullie who was in a Pennsylvania animal shelter, someone saw something special in him.

A devoted animal rights activist, Kayla Filoon is always advocating for abandoned animals and the shelters that save them from the streets. Because of this, when Kayla was ready to adopt a dog of her own, she naturally decided to adopt from a shelter, and put special consideration into adopting a hard-to-place dog. When she saw a pit bull named Russ come through the shelter’s doors, she knew that there was something special about him and she instantly fell in love with the big guy. He had been found wandering the streets of Philadelphia and it was clear that someone had beaten him. 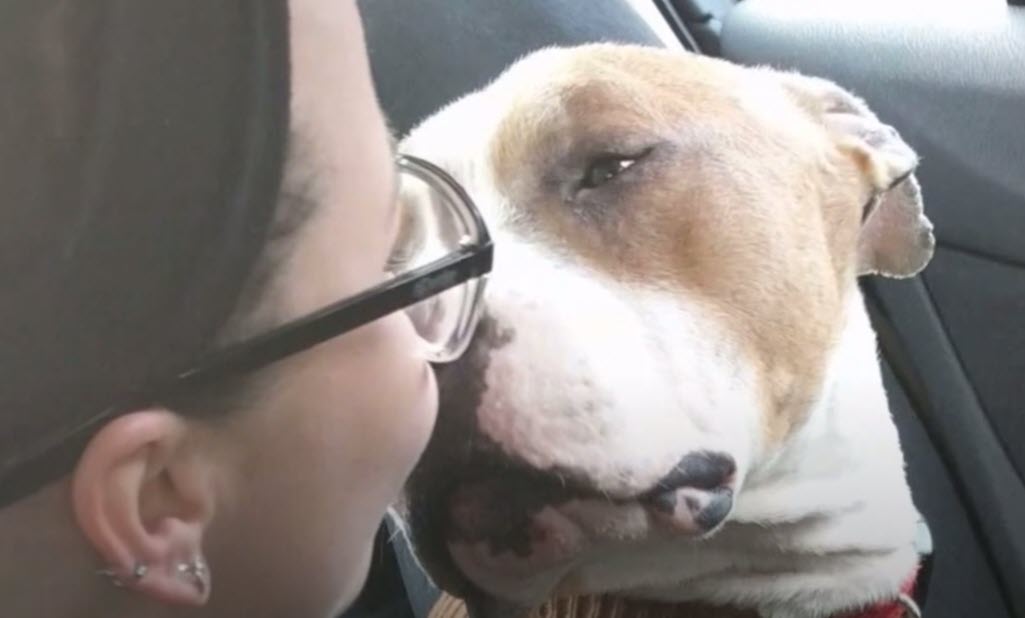 Although no one knows how he ended up on the streets, Kayla considers it one of the best days of her life that he came into the shelter where she was working. When he first was rescued, he ran from the rescuers and was terrified of people, probably because he had been abused. However, when the volunteers eventually got him into the car to take him to the shelter, he relaxed. The minute he came to the shelter, he bonded with his new friend, Kayla. At first, Kayla resisted rescuing him and waited to see if anyone else would come to adopt him. However, once she walked him, she knew that they were meant to be forever friends.

With a dog like Russ, there are some special responsibilities, but Kayle felt up to the task. When she brought Russ home, her roommates fell in love with him, too, and someone posted a photo of Russ snuggling Kayle to Facebook, where it went viral. Check them out in the video below.