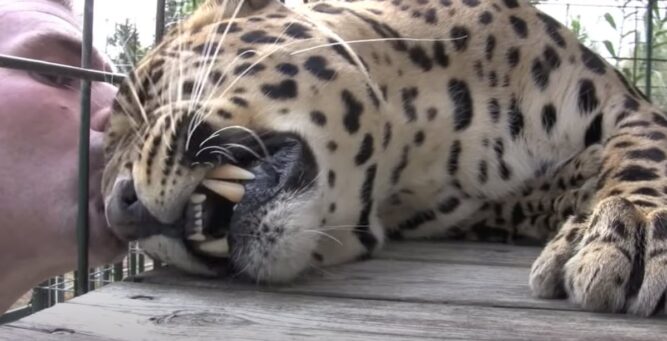 One of the worst things human beings have done to the planet is the exploitation of Earth’s creatures. With little to no regard to the well-being of even the most majestic animals, the worst parts of mankind have used great beasts like lions, tigers, and other big cats as playthings, rather than treating them as the wonders that they truly are. Wealthy people even take these animals as pets, mutilating them to please themselves. That’s exactly what happened when a couple bought an African spotted leopard as a playmat for their two full-grown rottweiler dogs. It’s horrible enough that they wanted a big cat as a playmat for powerful canines.

However, they took their cruelty a step further. The couple had the giant cat declawed. They removed the claws on all four of his paws, which should be a crime, and the veterinarian who assisted them should be ashamed. When the couple bought the leopard, whose name is Voodoo, they intended to make him a housepet. However, even without claws, the gorgeous cat was too aggressive and rough for them to keep, so Voodoo ended up being taken to the Cedar Cove Feline Conservatory and Education Center, which is located in Louisburg, Kansas. Although Voodoo will receive the very best care, the tragedy is that because the couple who bought him was so cruel, this beautiful beast can never be released into the wild where he belongs. 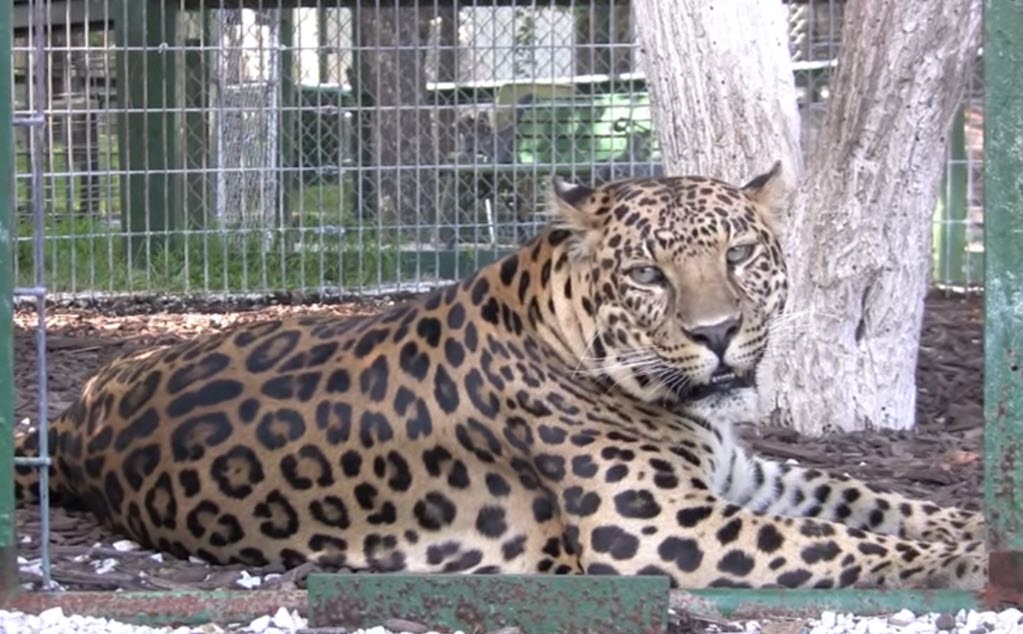 African leopards are native to several countries in Africa, and their habitats have become endangered as humans have taken over the pride lands. They inhabited lots of different habitats, from savannahs to grasslands, and even mountainous forests. In addition to their habitats being threatened, there’s also the problem of trophy hunters. Also, big cats are often at war with nomadic farmers because the cats see the livestock as prey. 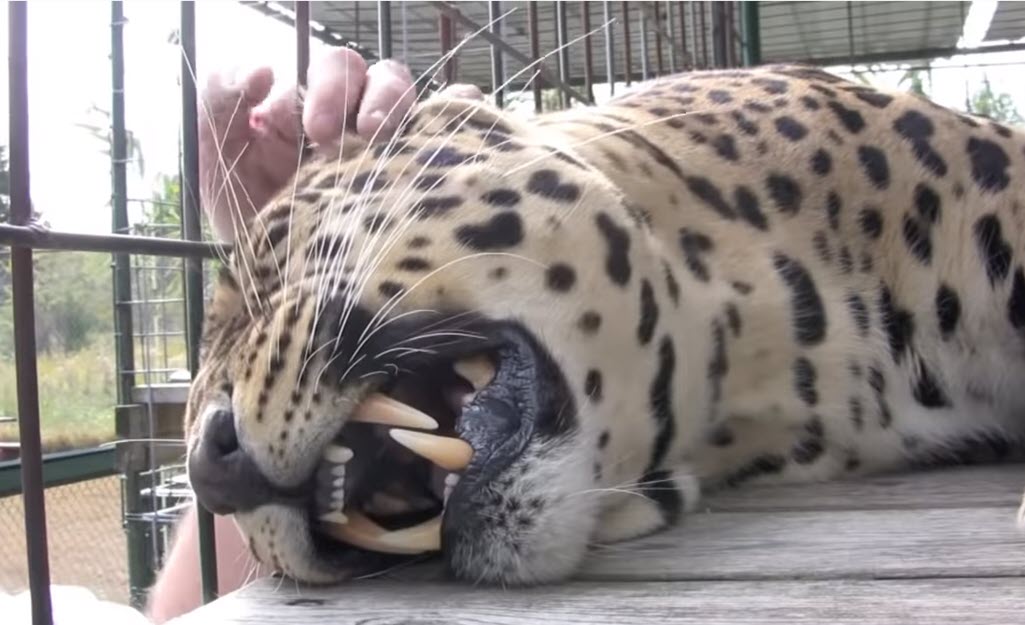 In the video below, you can see Voodoo as he’s being petted and scratched by his human. He acts like a big sweet kitten instead of the huge predator animal that he is. Just listen to how he purrs and watch him roll over in sheer bliss. He even demands kisses from his handler. We love this big guy.

Here’s another great video of this magnificent cat. What a beauty he is.