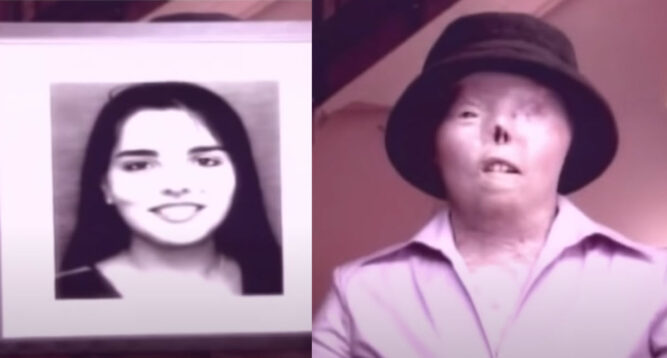 Drunk driving is a thoughtless act that most folks don’t even think about while they’re doing it. One of the biggest problems is that a lot of folks convince themselves they are not intoxicated. They believe driving home after having “a few” is no big deal. And what makes this problem worse is that most of the time, they’re right. More often than not, people who drive drunk don’t get into accidents. And as they build this dangerous habit based on getting away with it so many times, it becomes a powder keg waiting for the wrong situation to set it off.

This is exactly what happened in 1999 to a woman originally from Caracas, Venezuela, named Jacqui Saburido. At 20-years-old Jacqui had the world on a string. She was young, beautiful, and had big plans. However, one night in Austin, Texas, while heading home from a birthday party in a car with four of her friends, their vehicle was involved in a head-on collision after a drunk driver veered into their lane, according to the Texas Department of Transportation (TxDOT). Later Sabuirdo would become a part of a TxDOT campaign called the “Faces of Drunk Driving.”

Jacqui Saburido, the woman whose disfigured face became a symbol of the dangers of drunk driving after she suffered horrific burns in a 1999 crash, has died, according to the Texas Alcoholic Beverage Commission. https://t.co/FZtj5dB5W5 pic.twitter.com/tpp5ug8gWx

Two of her friends died instantly. Saburido was in the front passenger seat and had suffered severe third-degree burns to over 60 percent of her body after the car had caught fire.

The young woman would require over 100 surgeries to treat the burns to her hands and face.  Saburido had been in the U.S. for less than a month, and she did not have health insurance. Her medical bills ended up costing over $5 million.

As for the drunk driver, he was an 18-year-old man named Reggie Stephey, who was later convicted on two counts of intoxicated manslaughter, and a judge would sentence him to serve seven years in prison. Stephey was released in 2008.

Following the crash, Saburido would become a fierce advocate for TxDOT’s anti-drunk driving campaign. She fearlessly went to schools and other venues, allowing her shocking appearance to serve as a warning about the dangers of drunk driving. She would also appear on the Oprah Winfrey show twice.

Saburido’s life serves not only as a warning to others about the dangers of driving while under the influence but also an inspiration showing that you can find a life of purpose and meaning no matter what circumstances life throws in your path. In the end, Saburido has likely saved many lives over the years, and I think that is her greatest legacy.

TxDOT sends our deepest condolences to the family and friends of Jacqui Saburido. Our hearts were broken to hear of her passing.
She sought to spare others from her life-changing experience by urging people not to drink and drive. She is – and will always be – one of our heroes. pic.twitter.com/jIXTDZYRvI

You can also watch a video about her story below.