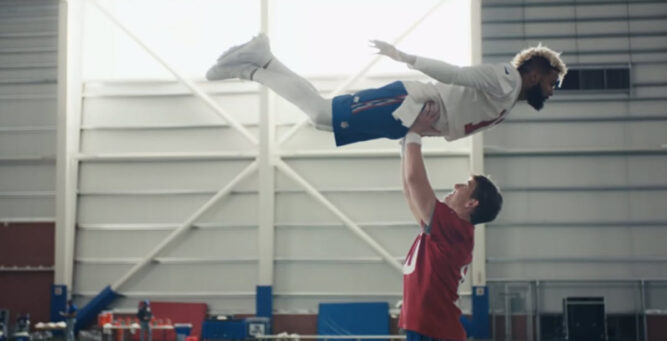 Back in 2018, Odell Beckham Jr. and Eli Manning had the time of their lives when they filmed a Super Bowl ad. Although the New York Giants didn’t make it to the Super Bowl that year, the guys did a midgame commercial that had fans literally cheering and counting down until the next season. The guys used their intricate footwork to re-create the notorious Dirty Dancing scene from the movie “Dirty Dancing.” In the movie, of course, it was Jennifer Grey and Patrick Swayze, so seeing two big football dudes doing this was hilarious, to say the least. And it wasn’t bad, either.

“Dirty Dancing was released in 1987 and was written by Eleanor Bergstein and directed by Emile Ardolino. Starring Swayze and Grey, the movie was an instant classic. It was actually based on Eleanor Bergstein’s childhood, she says. When it premiered at Cannes Film Festival and was later released in the United States, it ended up earning more than $214 million internationally, and it was actually the first film to sell more than one million copies via home video. The soundtrack to the film was created by Jimmy Ienner and ended up with multiple hit singles and two multi-platinum albums. 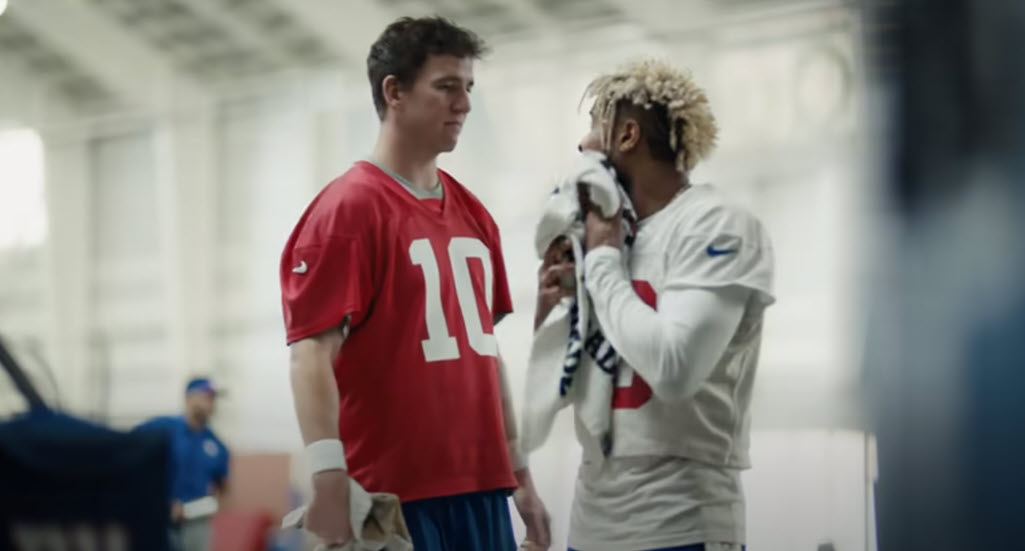 The song “I’ve Had the Time of My Life” won both the Academy Award for Best Original Song and the Golden Globe. It also won a Grammy Award for the best duet. The plot follows Frances “Baby” Houseman, who is on vacation with her family at a resort in the Catskills. When exploring one night, “Baby” saw Swayze’s character, Max, teaching some waiters to romance the daughters of the resort’s guests. 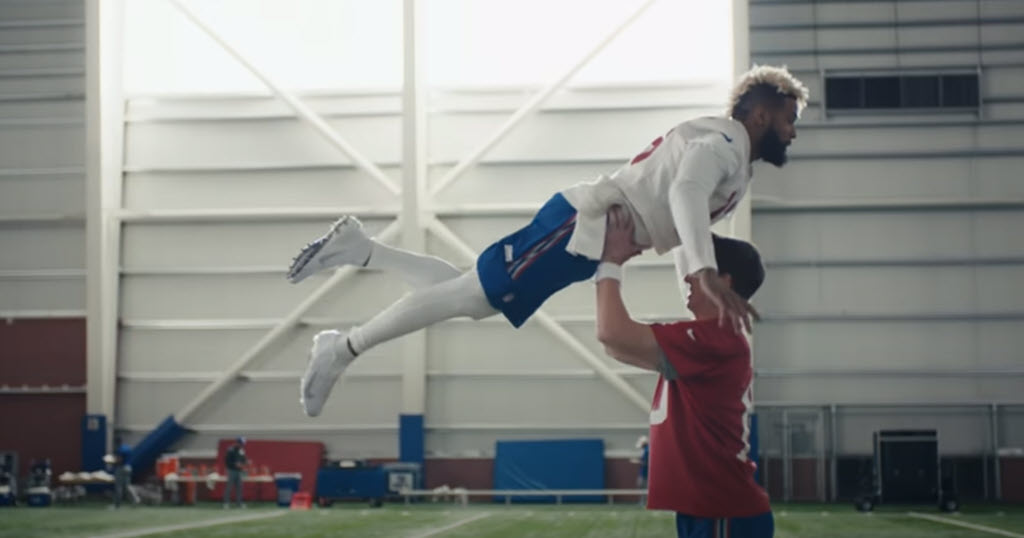 In the video, the team’s offensive line has some fun as well. Hilariously, Manning and Beckham perfectly replicate the precise eye contact and facial expressions from the original Dirty Dancing routine.