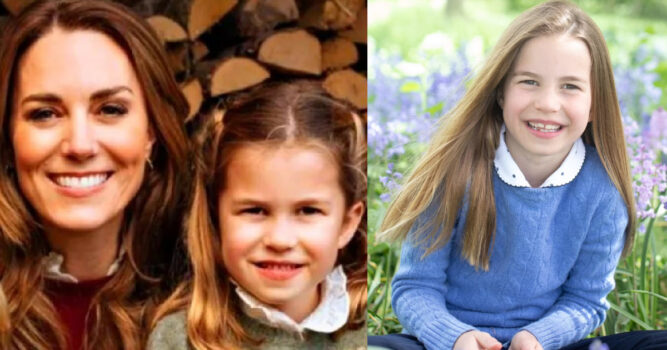 Among a field of lovely spring bluebells in Norfolks sat birthday girl, Princess Charlotte, as pretty as a picture. 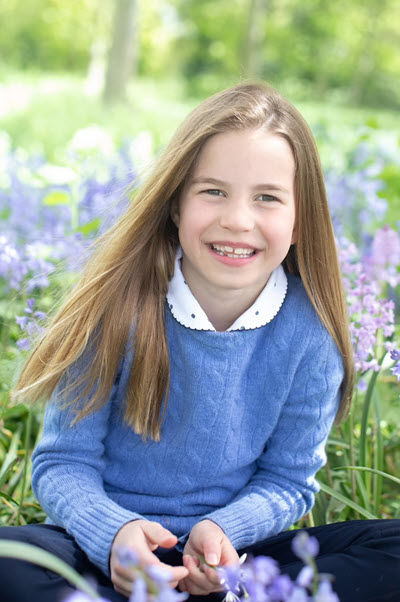 The Duchess of Cambridge took the photos to mark her little girl’s seventh birthday on May 1, 2022. And in one image, the princess posed with the family’s furriest member.

Prince William and Kate have kept the puppy’s identity under wraps until now. But, the Daily Mail reported[1] that the pup’s name is Orla. 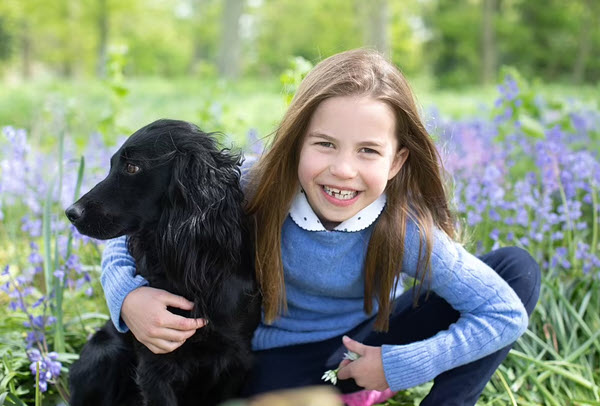 Kate’s three stunning photos of her high-spirited daughter, a princess who loves ballet and gives her brother, Prince George, all he can handle on the football pitch, truly capture her natural joie de vivre.

Laughing into the lens, Princess Charlotte wore a blue pattern blouse and number while clutching a posy of beautiful daisies in her hand.

The princess, who’s fourth in line to the throne, bears a striking resemblance to her big brother Prince Goerge, except she has her mom’s brunette hair and green eyes. 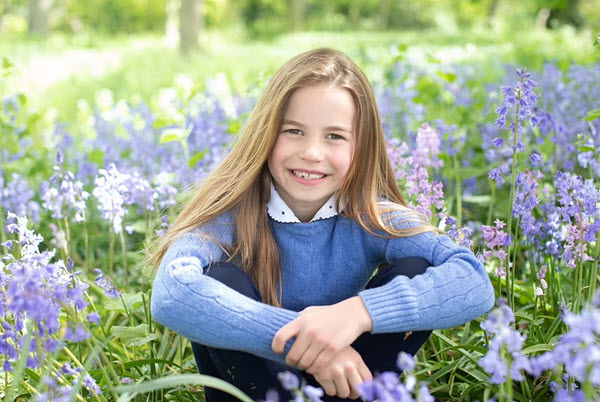 The photos were taken at the family’s country home Anmer Hall, where the adorable Orla also joined them. She was a gift to the family in the summer of 2020 by the duchess’s brother, James Middleton. And the pup has proven to be a source of comfort after the family lost Lupo, their first black spaniel, in November 2020. 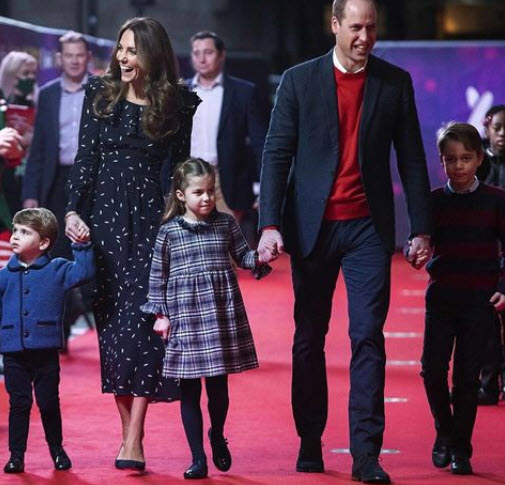 William and Kate had doted on Lupo every since adopting him as a puppy in 2012, one year after they married. However, they so guarded his privacy that they refused to even confirm his identity at first until Kate accidentally let it slip in an incident people call “Puppygate.” 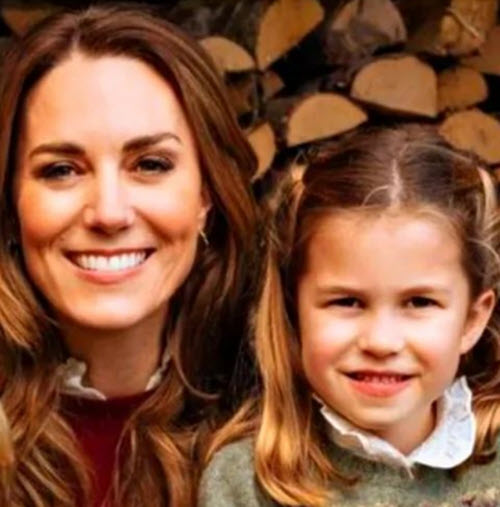 Now that the Charlottes is seven, she will likely attend more royal engagements such as church services. This March, she recently joined her brother, Prince George, age eight, for a memorial service for their great-grandfather, the Duke of Edinburgh. 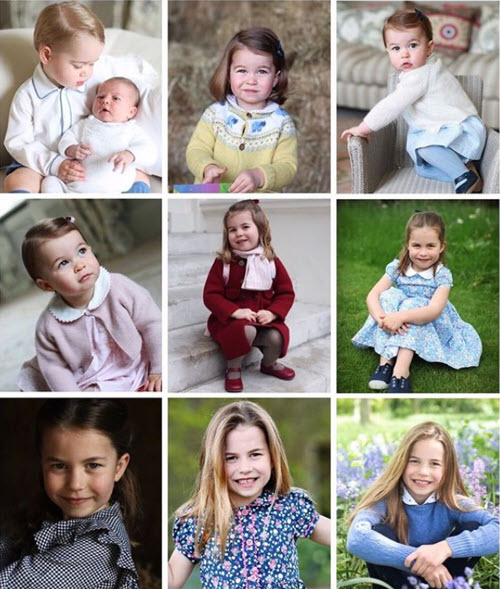 The family is settling into a comfortable life in the country. And her proud dad, Prince William, told of how Charlotte  ‘loves running around the kitchen in her dresses and ballet stuff and everything’. He added: ‘She goes completely crazy with Louis following her around trying to do the same thing. It’s a really happy moment where the children just enjoy dancing, messing around, and singing.’ 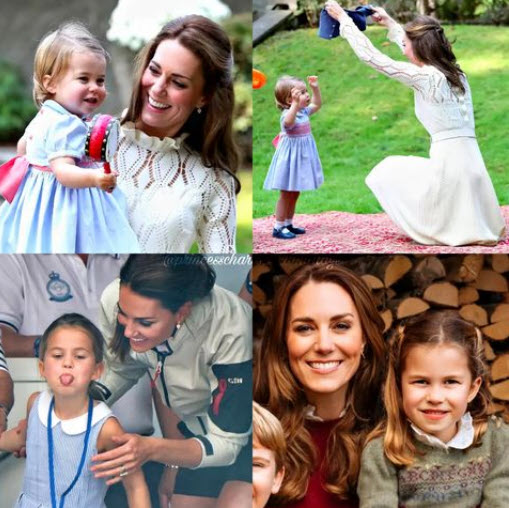