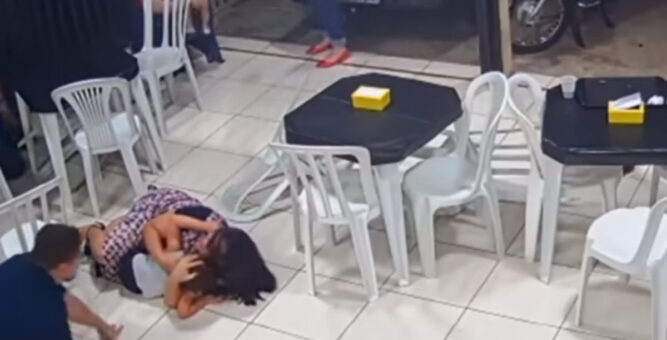 A woman in Brazil was six months pregnant when she risked her own life to protect her little boy when a crazed gunman opened fire at a cafe where she was in Brazil. Rafaela Dantas was enjoying a meal with her husband and son, along with some family friends, at a hamburger restaurant in Recanto das Emas’ Federal District when the gunman started shooting on the 24th of January. The family had just been to church and were minding their own business when Rafaela noticed two people who were having a disagreement. The CCTV footage from the hamburger restaurant revealed what happened.

It shows the two people entering the room before they approached customers and prevented them from leaving. The suspects made it plain that their intent was to rob the restaurant and also steal the belongings of everyone in the place. One man was wearing a black hooded jumper and he aimed his gun at the people before another customer, a man, charged at the suspects. He pushed the second man backward into a table. When he steadied himself, the customer backed away, putting his hands in the air. The Brazilian news outlet called G1 said that the man with the gun fired a shot in the direction of the male customer, but he missed. 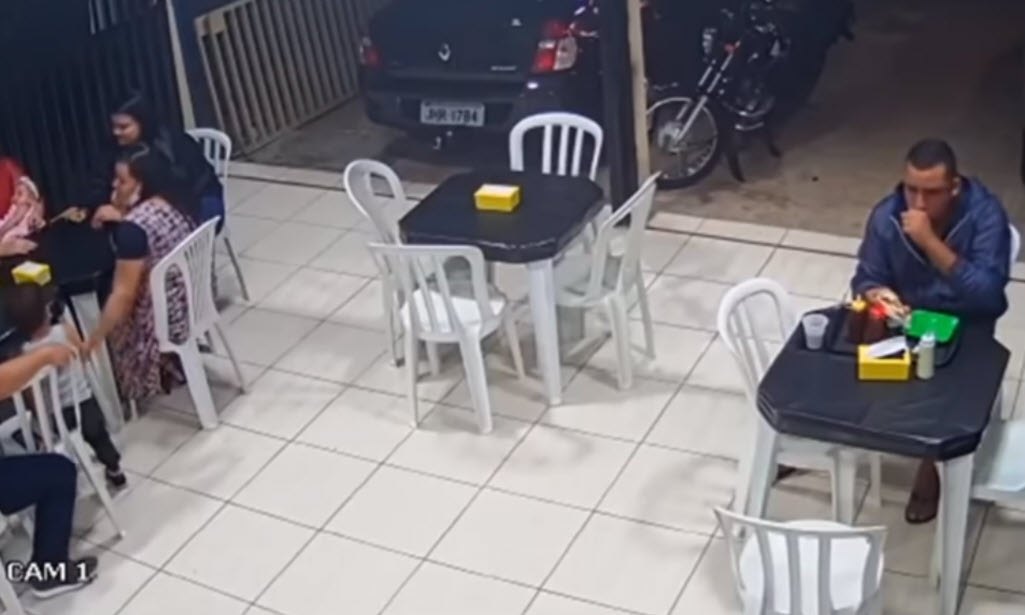 Meanwhile, Rafaela was watching all of this happening around her and she quickly grabbed her little boy, who is four years old, and pulled him down to the ground with her. She shielded her little boy with her own body while the man in the striped shirt, one of the suspects, rushed to the table where the family was sitting and grabbed two smartphones before he fleed the scene. Rafaela did an interview with G1 and explained that it’s something no one ever expects to happen. However, like most moms, she said that her first reaction was sheer impulse. 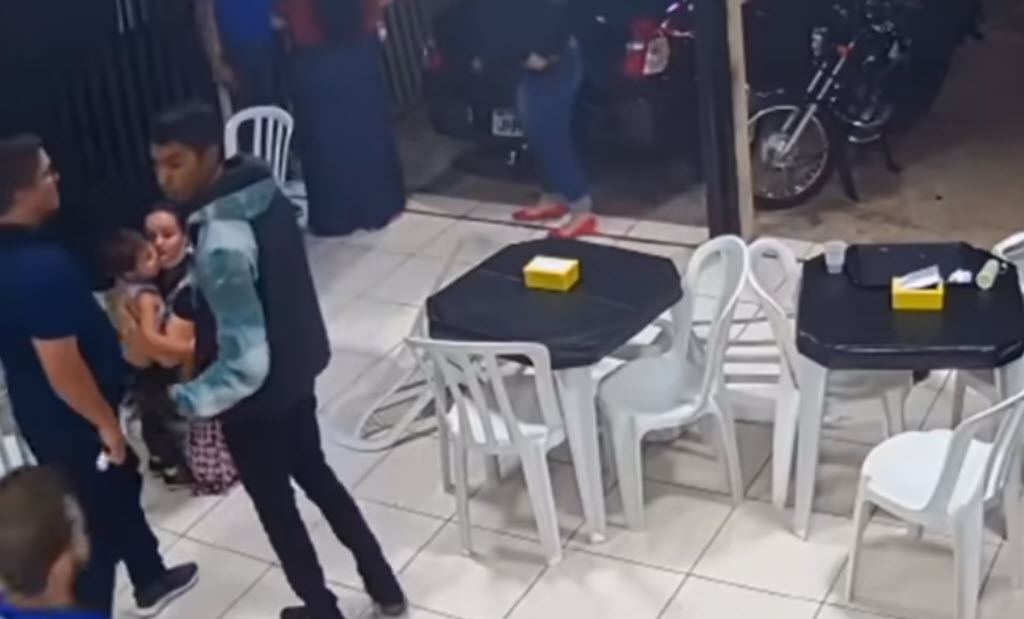 She was only concerned about protecting her little boy. She thought very quickly because one thing she noted was that with a child, you don’t know how they will react, so she wanted to get control of the part of the situation she could control. No one was hurt during the robbery, and police are investigating. Watch this astonishing footage below.