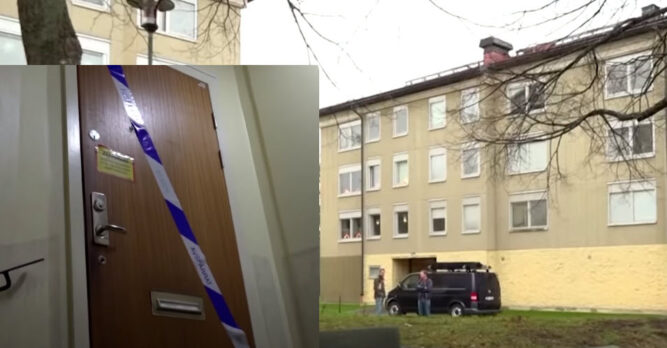 In Sweden, police arrests a 70-year-old woman who is said to have kept her 41-year-old son locked up inside a filthy apartment for almost three decades. When found, the man was covered in sores and was barely able to walk, according to officials. The man had allegedly been held captive by his mom for 28 years in a tiny apartment in Haninge before being recently discovered by a relative, reports Deutsche Welle (DW). The man reportedly was found lying on a blanket on the kitchen floor not long after his mother was transported to a hospital during a medical emergency.

According to the relative, the man had nearly no teeth and was covered from head to toe in sores. He could barely speak or walk, says local news outlets. The apartment was said to have been covered in urine, dirt, and dust. The family member said she needed to push through piles of clutter to reach the man.

Emma Olsson, a Stockholm prosecutor, declined to comment regarding details of the man’s injuries but did say that he was receiving medical care.

The man had reportedly been taken out from public school when he was only 12-years-old, although it’s not clear why he’d been held captive for all these years or if anyone else had even known about his situation.

At this time, neither the victim nor his mother has been identified.

Swedish police have arrested a woman in her 70s after she allegedly held her 41-year-old son captive for 28 years.

(The Stockholm-native reportedly removed her son from school when he was 12 and kept him locked up ever since.) https://t.co/6B0HyZKwdh

According to Olsson, the mom has also denied the charges of inflicting grievous bodily harm and false imprisonment.

A relative said entering the home was like "stepping straight into a horror movie."https://t.co/t00y2xF57s