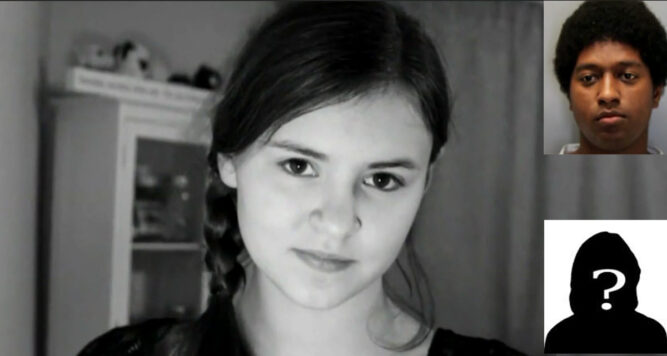 Police arrested a single person in connection to the murder of madison Sparrow, the Delaware teen who was allegedly murdered in cold blood by her ex-boyfriend. The News Journal reports that police have taken 17-year-old Annika Stalczynski into custody on Monday following an indictment by a grand jury in New Castle County. The jury indicted the teen on a single count of first-degree murder. Sparrow’s ex-boyfriend, Noah Sharp, age 19, was arrested and charged with the 17-year-old’s murder last month. On October 2, authorities say that both Sharp and Stalczynski conspired to lure Sparrow into the woods before Sharp allegedly beat her to death with a baseball bat and dumped the teen’s body a rural area of Newark, reports WPVI.

According to court documents, Sharp and Stalczynski planned to murder Sparrow together; however, police have not determined a motive for the killing.

A second teen was arrested this week in the September slaying of 17-year-old Madison Sparrow. “The murder of a child strikes at everything we hold dear,” A.G. Kathy Jennings said. https://t.co/kwOVIAbpJh

Prosecutors alleged that Sparrow and Stalcyznski had known each other for quite some time.

At this time, Stalczynski remains in custody in a juvenile detention center on a $1 million cash bond.

"To think such a bright light is extinguished at such a young age senselessly," said Sparrow's grandfather, Tom Mason, at a vigil last month. "This was not an illness. This was not even a car accident. It was an act of violence. It’s inconceivable." https://t.co/KJg3bHkfyz

Since his arrest in October, Sharp, who has been in jail, is also being held on a $1 million cash bond.

Noah Sharp, 19, was charged with murder last month in his ex-girlfriend's death. Now, a second teenager has been charged https://t.co/A5TXJY0Imh

At this time, it’s not clear if a private or court-appointed attorney is representing either suspect.

Meanwhile, Jenning’s said via local media that she’s hoping the charges can bring at least a small measure of closure for the grieving Sparrow family.

You can watch a news report talking about the arrest of Noah Sharp below.

You can also watch an updated news report talking about the arrest of Annika Stalczynski below.