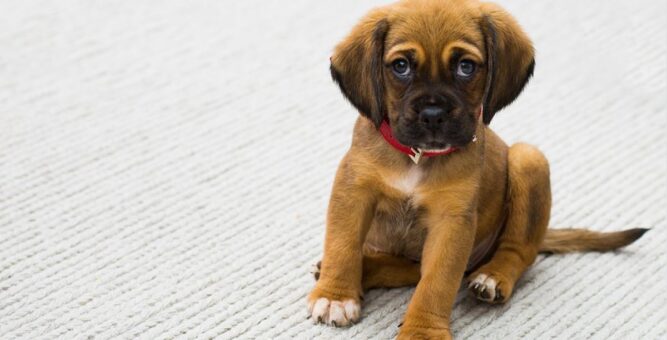 According to a Kennel Club survey that was conducted last year, there was a huge spike in puppy ownership during the lockdown. Naturally, people who weren’t accustomed to being home all the time, or people who were lonely, found much-needed solace during a tremendously difficult time by adopting or buying pets. That’s a good thing, right? Well, it’s a good thing until the “party” is over and the people who got these pets as comfort tools no longer want or need them, and that’s exactly what’s happening. 2020 was a difficult year and most of us spent more time at home than usual.

However, people who went into the pandemic without pets suddenly thought pet ownership would be a good idea. The fact is, owning a pet is a huge responsibility and ideally, it’s a lifelong commitment. Several people who took on what should be a lifelong responsibility are now looking to re-home their pets. People who were interviewed in the Kennel Club survey said that the puppies were a sort of “lifeline” for them during a very lonely time. However, about 40% of the people interviewed by the organization admitted that they only took on the responsibility of a pet because they wanted company or were lonely.

Well, these folks, many of them, are experiencing a sort of buyer’s remorse now that the puppies are no longer adorable and tiny. Because of this, animal rescue organizations and charities are becoming overwhelmed with rehoming requests. In the last three months along, the Dogs Trust has received nearly 2,000 calls from people who want to find homes for their puppies, many of who are not even a year old yet, the Daily Mail reports. Also, sellers of puppies have been flooding websites with advertisements trying to get rid of their dogs.

1/5 Meet roxy! ❤️ #pottersbar #uk #animals #pets #rehome #adopt #cute Gorgeous Roxy is in the RSPCA looking for a new home after her owner was no longer able to care for her. Roxy had been in this home since she was a puppy. Can you imagine who strange being in a rescue centre pic.twitter.com/DYczvYDZGX

One ad reported by the Daily Mail actually said that a little chocolate springer pup needs a new home “through no fault of her own.” The owners stated that the little dog just needs more than they can offer her. Other pet owners are saying that they just don’t have the time. This seems so cruel and heartless.

Already seeing so many posts of people rehoming puppies. “Puppy is already 9 pounds and getting too big” “my one year old isn’t too fond of her” (yes, seriously what some posts have said) ANIMALS. ARE. NOT. PRESENTS. THEY ARE BIG COMMITMENTS.

Hopefully, these people won’t make these same mistakes in the future.