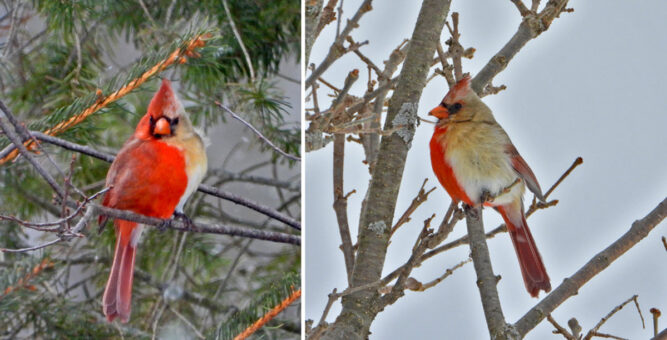 For bird watchers, there’s nothing more thrilling than spotting a genuinely unusual bird, so when a Pennsylvania bird watcher named Jamie Hill heard a rumor about a very rare bird that had been spotted nearby, he knew that he wanted to try to get some photos of the bird. In his post on Facebook, Hill said that he has been a bird watcher for more than 48 years and he’s never seen a bird like this in all of that time. His friend let him know that she had an unusual bird showing up at her bird feeders and it intrigued him.

The woman thought at first that she was seeing a bird that was a combination of two different species of birds, describing it as a red cardinal with something that looked white on its breast. In the beginning, Hill suspected that the bird might have some “albinistic feathering” (albino), but when he saw a photo that the woman took with her phone, he knew exactly what he was seeing, even though it wasn’t the clearest photo. This wasn’t an albino bird and it’s not a bird from two different types of bird. Instead, this bird is a cardinal, but it’s half female and half male. 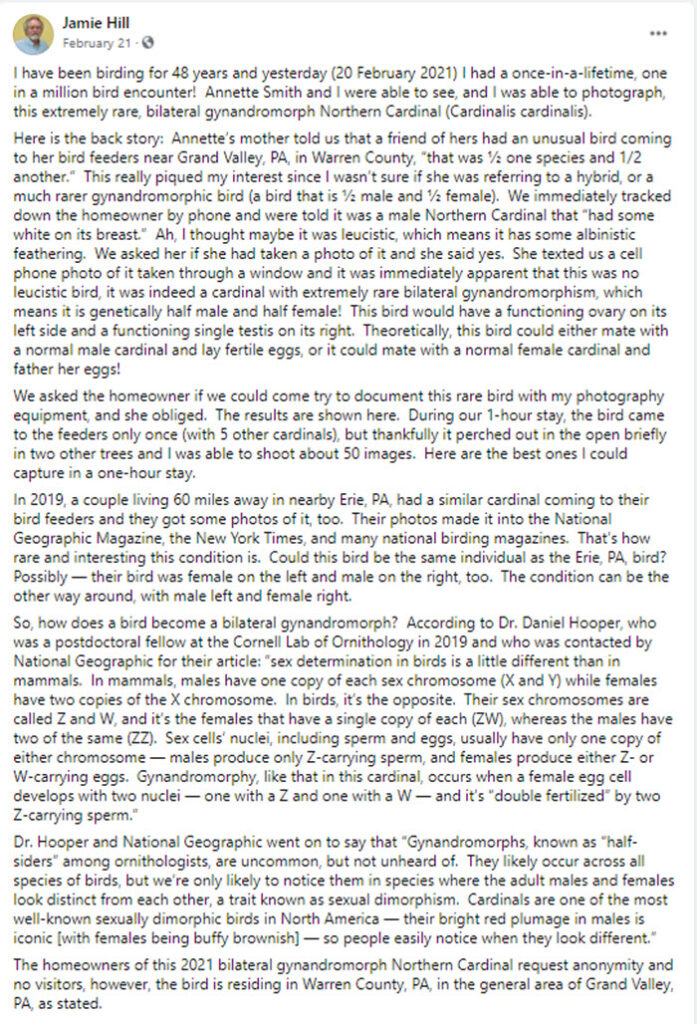 At first glance, it’s difficult for those of us who aren’t experienced bird watchers to know if a bird is male or female, but when we’re talking about cardinals, it’s much easier. In short, male cardinals have red feathers and female cardinals are mostly brown in color. However, this bird was red on one side like male cardinals and was brown on the other side like female cardinals. Before assuming that it’s just a cardinal with unusual coloring, you’ll need more facts. For this bird, it actually has one functioning ovary on the female side and one testicle that functions on the male side.

Here’s a news video about this story.