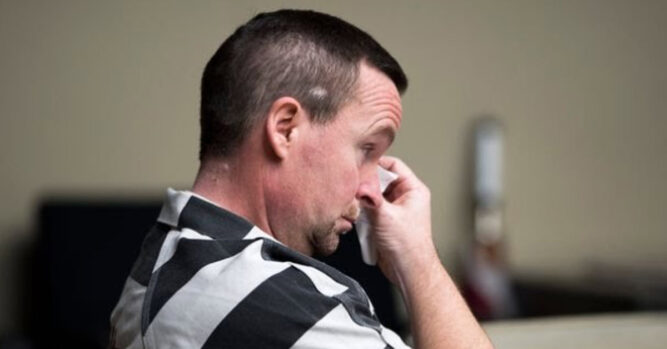 ALERT: This story contains information that some people may find disturbing.

We sometimes hear about someone who stepped out of line in the worst way possible. When we hear about it, the one thing we are thinking about is justice and we practically can’t rest until we are able to see it done. Then again, there are times when we hear about something horrible happening and it seems as if there is no justice. That is what happened in the case of David Richards. He is a 41-year-old man from Tennessee and he will be spending 12 years in prison.

At first, you might feel as if 12 years is a long time to spend behind bars but when you learn that he is guilty of raping his 14-year-old adopted daughter, the story takes a very disturbing twist. When prosecutors were trying to get this man off the streets, they were looking for a 72 year sentence but in the end, Judge Steve Sword gave him a much lighter sentence because Richards is a pastor and has been involved in a bible study in jail.

Tennessee Pastor David Richards was convicted of repeatedly raping his 14-year-old daughter over 4 years. The prosecutor recommended 72 years in prison. The judge felt he was a good Christian and gave him 12.https://t.co/ozT3Ln6NZQ

The Knoxville News Sentinel reports that Richards was guilt of sexually abusing Amber Richards, his adopted daughter for 2 years. It started when she was 14 and the charges include, incest, rape, and sexual battery by an authority figure. Richards maintained his innocence and said she was just being a teenager who was upset because he imposed strict rules on her.

"David Richards took the stand in his own defense, painting his accuser as a defiant teenager…

"Forensic testing, however, uncovered the presence of seminal fluid with a DNA profile matching that of David Richards on the girl's bed frame." https://t.co/neo3AtKYF7

His adopted daughter told another story and was very convincing when she was on the stand. Perhaps he would have gotten away with it but they found his semen on her bed frame. Although he still maintains his innocence, he will be spending 12 years in prison for his crimes. Watch more in this video: