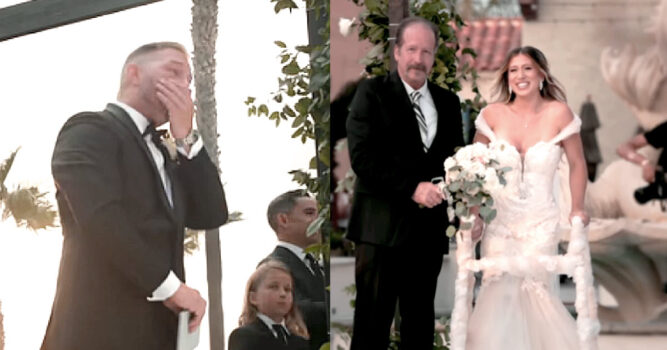 A dream many little girls share around the world is one day walking down the aisle and standing face to face with their soulmates before reciting sacred vows of marriage before all their friends and family. This is something that most of us with full use of our legs take for granted, not realizing just how privileged we are. Chelsie Hill always thought she would walk down the aisle to meet her groom, but an accident in 2010 all but shattered that dream when she was left paralyzed from the waist down. However, Chelsie was more determined than ever to make her dream a reality. Then on the day of her wedding, she gave her beloved the shock of his life.

Chelsie’s life changed one fateful day in 2010 forever. She was a teen at the time and a passenger when she was in an accident involving a drunk driver. The incident left the girl paralyzed from the waist down. Until then, she had been just your average teenager. Chelsie loved dancing and was so good that she danced competitively. She also dreamed that she would get married and walk down the aisle one day. But when she awoke from surgery, she learned that those dreams might forever be unattainable due to her injuries. Doctors told Chelsie that it’s unlikely she’ll ever walk again. 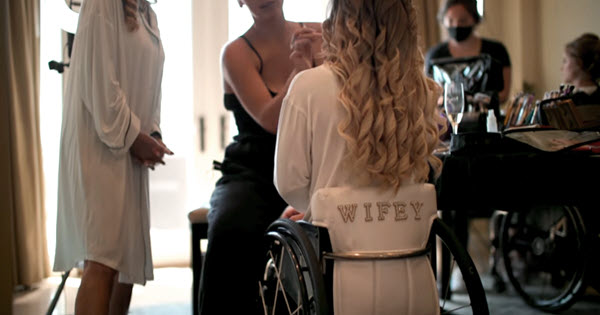 However, Chelsie quickly decided that she would never allow her wheelchair to hold her back. The first step in her journey was learning how she could once again dance. She found a group known as The Rollettes, a female dance group of women who have similar disabilities. She began to empower women with disabilities through this platform and has been doing so for over a decade now.

After her accident, Cheslie was afraid she’d never meet a man who would want to marry a woman in her condition, that is until she met her future husband, Jay Bloomfield. 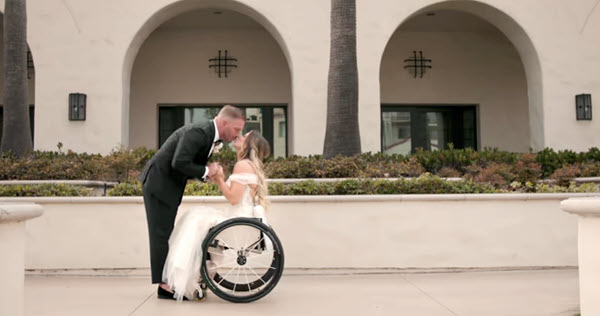 However, while she still found the man of her dreams, Chelsie just couldn’t see herself rolling down the aisle. She was determined to walk, no matter what it took!

Chelsie went on to explain why this meant so much to her.

With the support of family and friends, along with a custom dress, Chelsie was able to make her dream a reality. 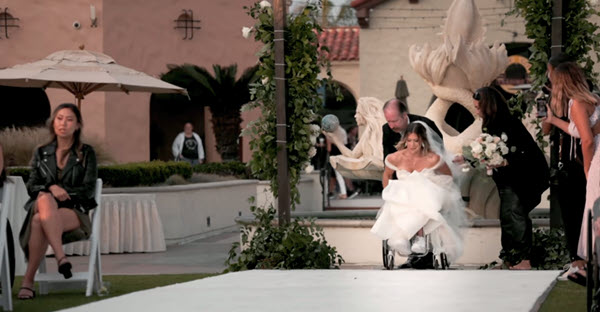 While Jay was getting ready at the alter, Chelsie was getting prepared in the back with her bridesmaids. They were strapping on her leg braces and putting the finishing touches on her gorgeously decorated walker. 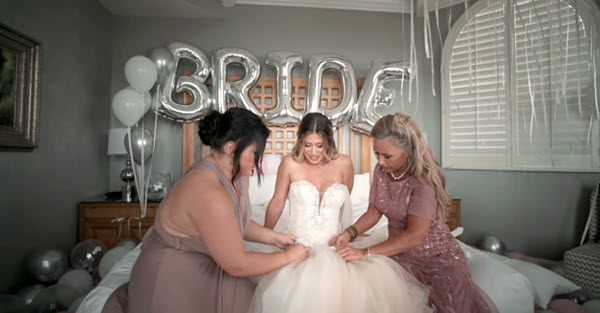 She arranged to make sure Jay had his back turned when she first entered their ceremony. Next, she started making her way down the aisle next to her father, who helped her along. 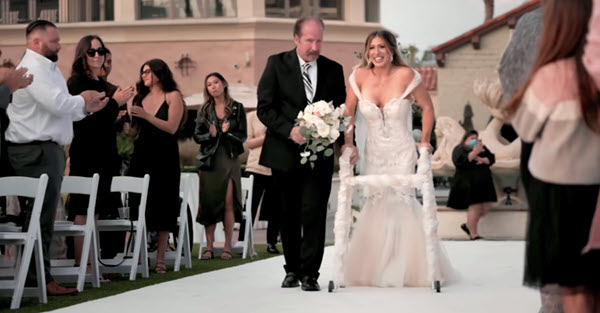 The look on Jay’s face when he turned around was positively priceless! His eyes began to fill with tears as he watched his amazing future-wife walk down the aisle! 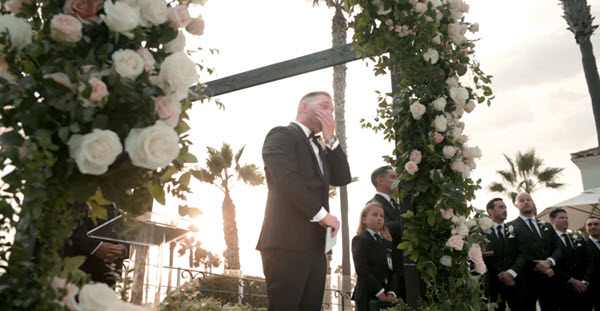 The couple celebrated with a beautiful ceremony and reception. And it was definitely an affair that their friends and family will remember for the rest of their lives. 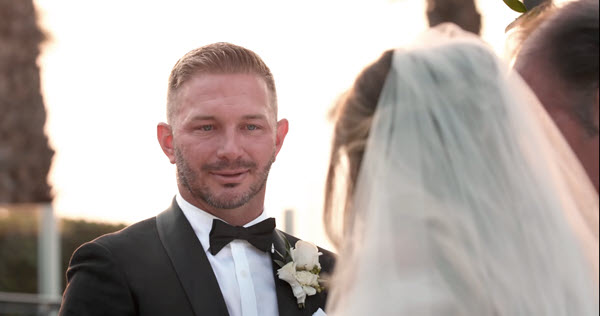 As for Chelsie, this moment also meant proving once again that her liability has and will never prevent her from reaching her goals. 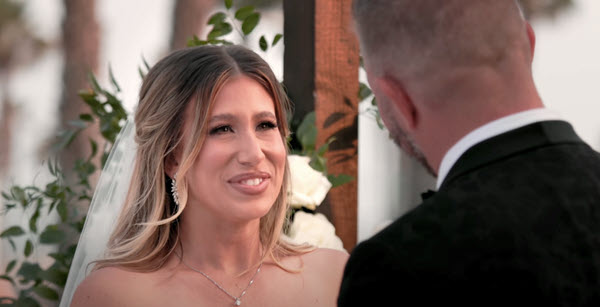 You can watch a heartwarming video about this story below.

Also, please be sure to pass this beautiful story along to your friends and family.