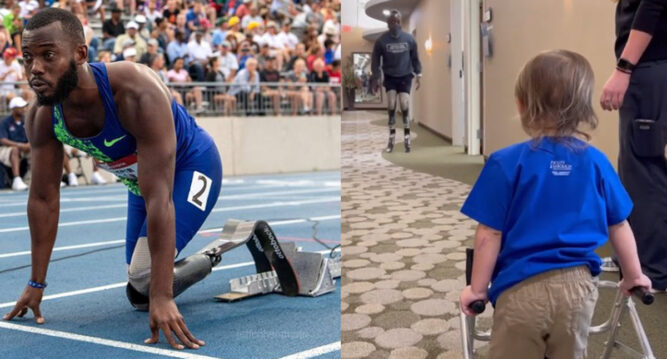 Some truly remarkable people can translate tremendous adversity into inspirational acts of courage and blaze a trail for others to follow. That’s just what Blake Leeper, an eight-time international Paralympic track and field medalist who had set three American records, did for one special little boy. You see, Leeper was born without legs below his knees and was fitted with his first pair of prosthetics when he was only 9-months old. However, he did not let his disadvantage slow him down in life. In fact, Leeper currently holds a record time in his sport.

The athlete was recently in a hospital in Oklahoma City being fitted for new prosthetics for the upcoming 2021 Paralympics. He happened to spot a brave 2-year-old little boy named KJ Dyer, who was trying to take his very first steps on his new prosthetic leg. Immediately, Leeper dropped everything to rush over and lend the little boy his encouragement. 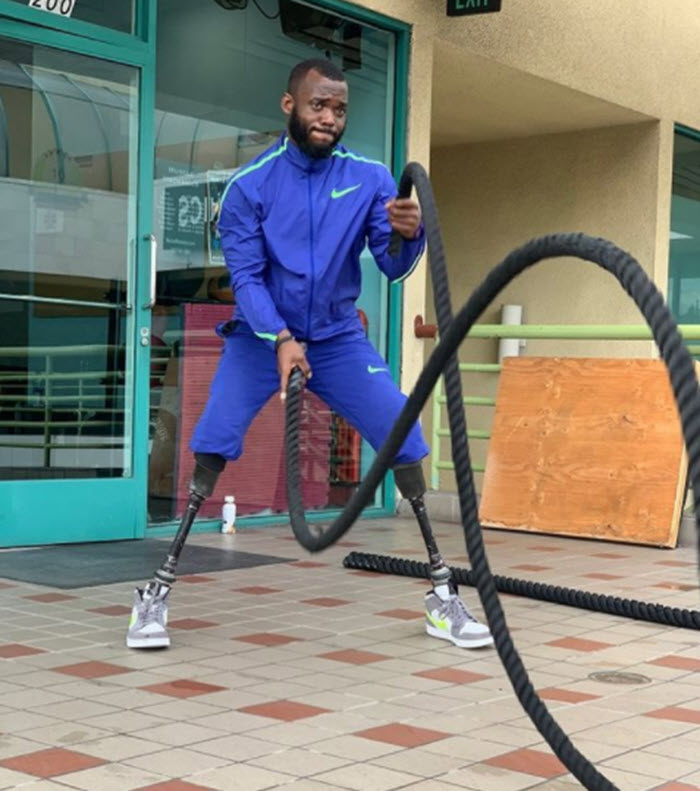 He urged KJ to have some fun as the child carefully put one foot in front of the other as he made his way down the hallway. 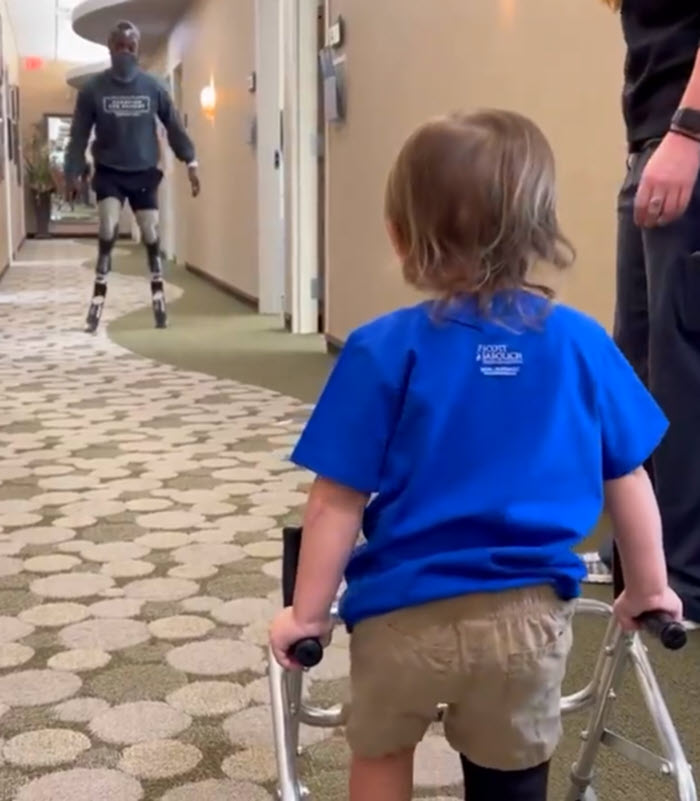 This story shows how we can all take the time to encourage each other in our day-to-day lives. You don’t have to be a great athlete or celebrity to do this; just leaving a kind word or two those we see working hard can make all the difference. 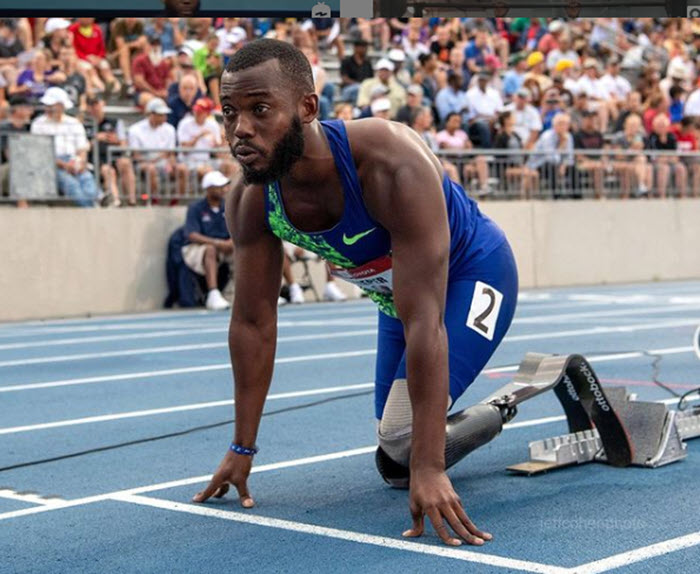 And as for Leeper, he’s continuing to blaze paths for kids like KJ as he attempts to become the first paraplegic to qualify for the Olympic games. While his most recent request was denied, you can be sure he will continue to fight and may one day make history.

You can watch Leeper and little KJ’s inspirational video below.