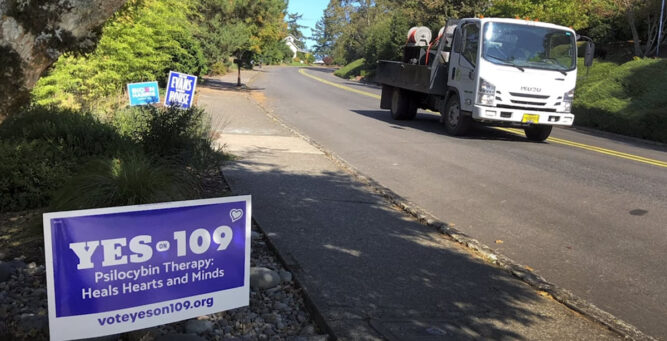 There’s an ongoing problem in the United States. Non-violent drug offenders too often end up in prison instead of getting the help they need. One such woman is Janie Gullickson, who said she hit rock bottom because of her longtime alcohol and drug addiction. However, she stayed there at rock bottom for years, and she said that her experience is typical. A mother of five children, at one point, all of her children were with other family members and she started her life as an IV meth user. Six years later, she was in prison when she met a woman who changed her life.

The woman visited the prison and convinced Janie that her life could be different if she was willing to fight for it. Janie was ready, and she remembers thinking that she may not be able to change everything, but this was something she could do. These days, Janie is the executive director of Oregon’s Mental Health and Addiction Association. She has devoted her life to helping other addicts have the same opportunity. Because of this, she pushed hard for Measure 110, which is the first legislation that decriminalizes the possession of illegal drugs in the state of Oregon. All drugs.

This includes meth, cocaine, heroin, and oxycodone. Oregon is leading the way in pivoting to a health-care-based approach to drug addiction. With this legislation, addicts can receive treatment for their disease instead of going to prison. People found in possession of drugs will be fined $100, a fine that the courts will drop if the addict agrees to have a health assessment done. The law officially goes into effect on Monday and the Oregon Health Authority will spend the next decade implementing it. This will be life-changing for thousands of people in the state.

People around the country hope that this will spark a movement that can undo years of damage that has been caused by the drug criminalization movement, a movement that disproportionately targets and imprisons people of color. The “war on drugs” was used as a weapon and tool to disrupt communities. Watch the news video below.