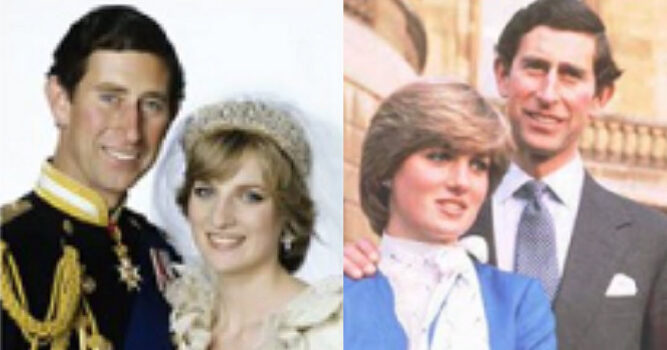 During the 1980s, the world was obsessed with the most famous celebrity royal couple in history, Princess Diana and Prince Charles. Folks wanted to know every detail about their lives and followed the events of their marriage with keen interest, from their wedding to their divorce. We fell in love with Princess Diana throughout all of this, who we came to call Princess Di. Sadly, her life was stolen on August 31, 1991, when she suffered fatal injuries from a car crash in Paris, France.

However, looking back on the former royal couple, folks have noticed a peculiar detail in all of the photos featuring the prince and princess. A viral tweet from four years ago is once again drawing interest. It points out a striking detail that’s gone unnoticed for over 25 years. 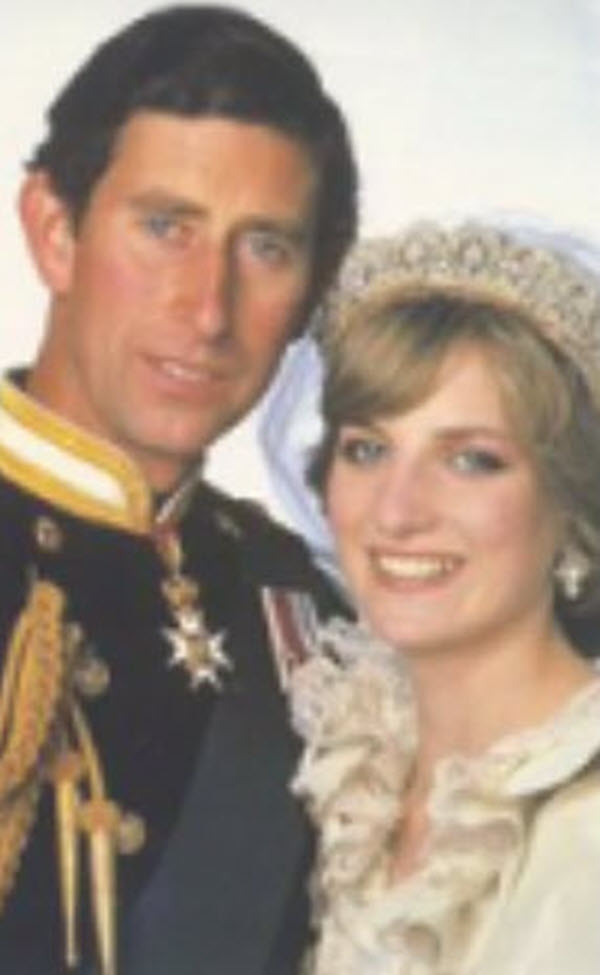 Now, it isn’t a big secret that the marriage between Prince Charles and Princess Diana was anything but happy. It’s common knowledge that it was filled with infidelity, discord and mercifully ended in divorce. Diana was always seen as an outsider, clashing with the stuffy rules of the British Monarchy, which only added intrigue to the details of her rocky marriage.  However, it’s hard to tell all of that from looking at the photos of this seemingly happy couple. 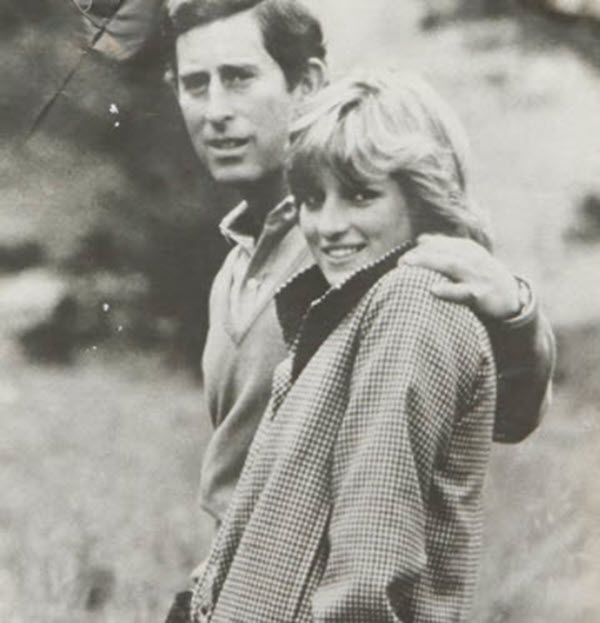 But there was one strange detail that even die-hard Princess Diana fans failed to notice after all these years. In almost every photo of the couple, especially the official ones, Prince Charles seems to be markedly taller than Princess Diana. 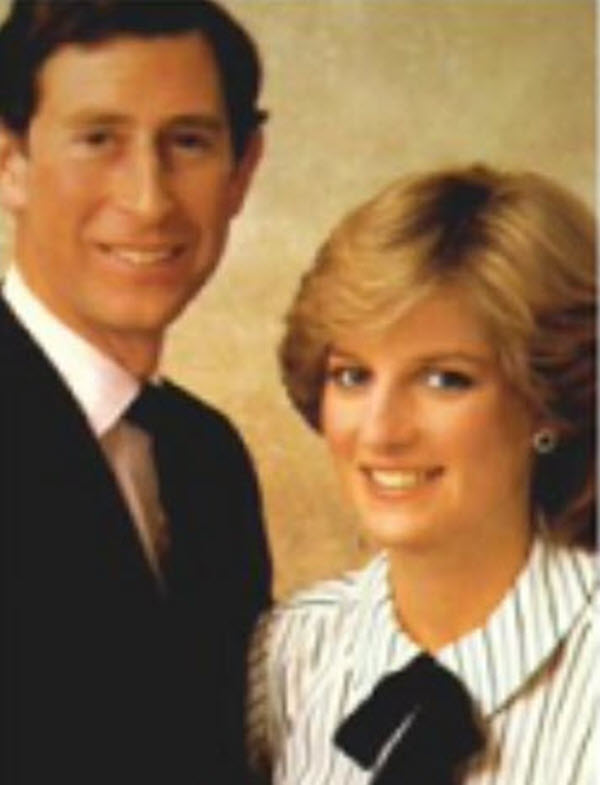 Now, if you’re wondering, what makes this so “weird?” It’s the fact that they were both the same height! Both Princess Di and Prince Charles were 5 feet 10 inches tall. 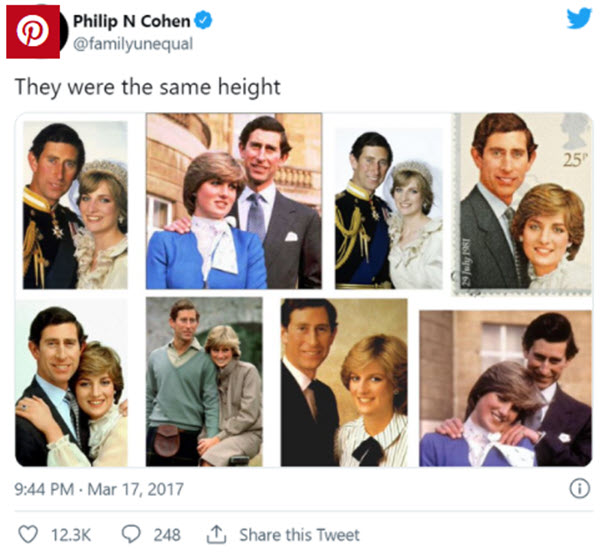 You really notice this purposeful deception in the commemorative stamp, where PrinceCharles dwarfs Princess Diana.

As you’ve probably guessed, the Royal Family has never commented on this matter and likely never will. But most folks agree that the reason’s pretty obvious. Prince Charles is the rightful heir to the throne and England’s future king. The family likely wanted to ensure that he appeared as manly as possible (a tall order), while Diana looked more “lady-like.” To achieve this illusion, they made her always seem much shorter than Prince Charles. 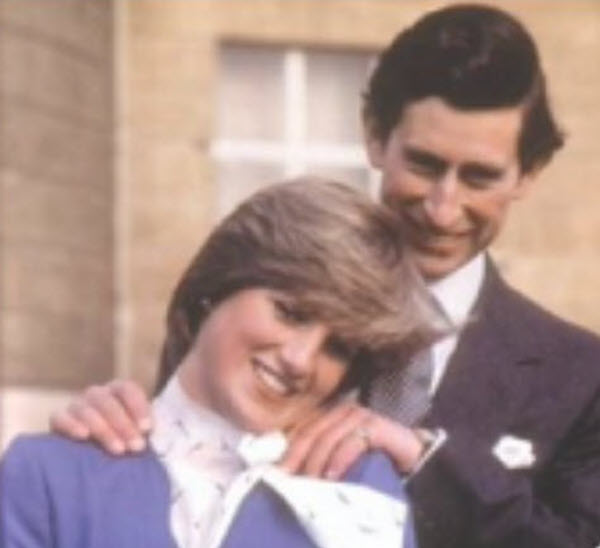 People are unsure if this is why Princess Di always wore flats or short heels, but never any higher footwear. And it’s possible that Charles wore shoes with raised heels to make himself taller. 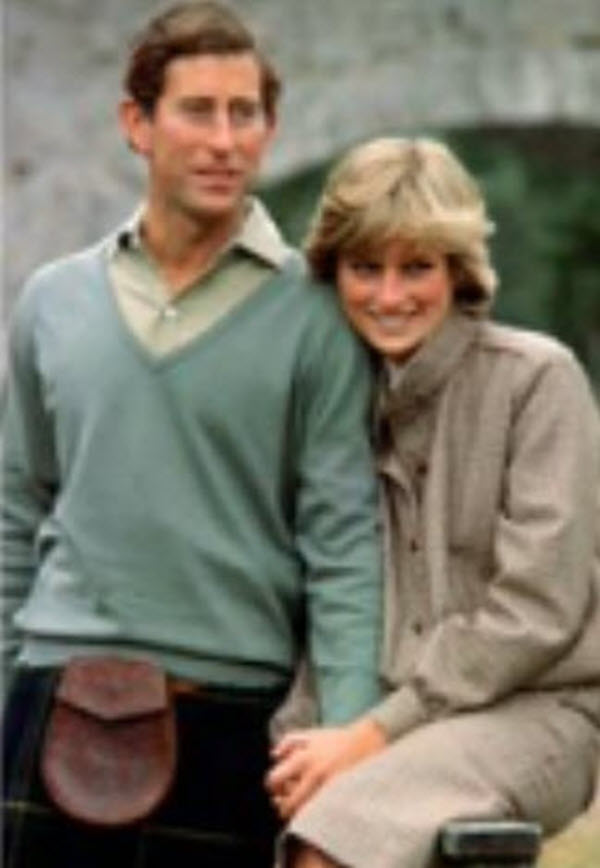 Others point out how she had a habit of tilting her head down in many of the photos. They speculate she also did this to help make Charles appear taller and more “manly.” 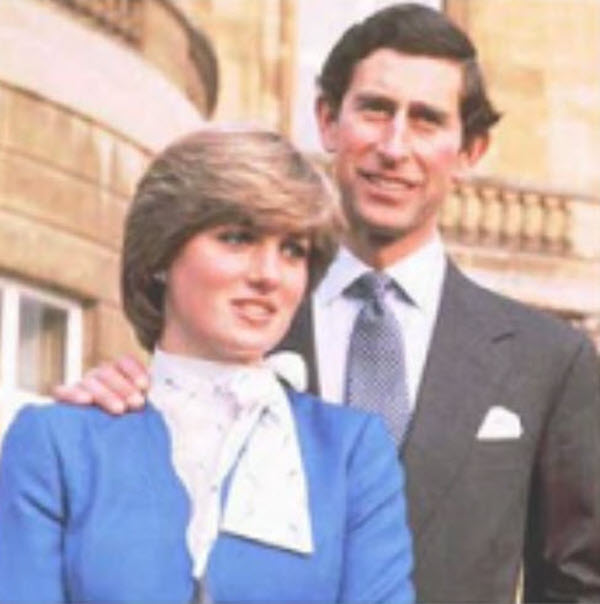 However, there are lots of unofficial photos that show their equal height. 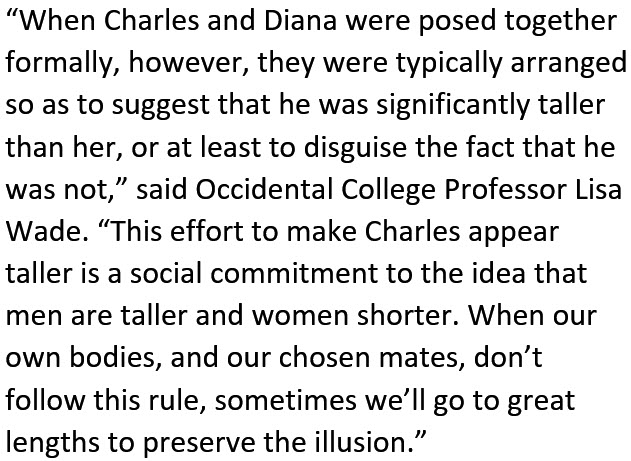 As you can imagine, many Princess Di fans were not happy upon noticing this degrading detail.

Here’s a video about this story.

Thanks for reading. Please be sure to pass this story along to your friends and family.