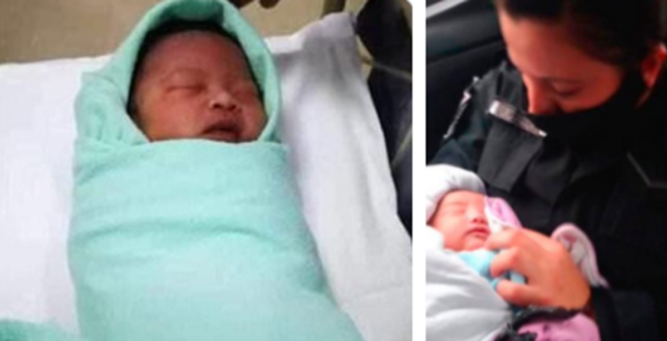 Warning: some of this information is troubling and may trigger some individuals.

For most people, having a baby is a joyous occasion. Even if you weren’t planning to have children, once you settled into the idea, you were probably overjoyed. And certainly, by the time the baby was born, you were ready to welcome him or her with love. However, that’s most people and there are always exceptions. A newborn baby was found last September wrapped in a plastic bag with a knife sticking out of her back. Remarkably, in spite of this, she is expected to survive. The infant had been abandoned in dangerous conditions right after being born. She was abandoned by her mother.

The baby was found by 31-year-old Diego Sebastian Penayo, a gym instructor in Posadas, Argentina. He found the baby wrapped in a plastic bag, covered up with a blanket. But most shocking was the fact that this vulnerable infant had a rusty knife sticking out of her back. She was gravely wounded but was still wailing in distress when Penayo found her, reports The Sun. Diego took her to the nearby police station, and she was rushed to a pediatric hospital for medical care. To everyone’s surprise, the little one was no in immediate danger. Doctors confirmed that she was about two days old.

Also, her body had a number of wounds from the rusty knife that was stuck in her back, but the wounds were mostly superficial and her essential organs had not been damaged. Because she was such a tough and strong little girl, the doctors gave her a name: Esperanza, which means “Hope.” The police were able to find the baby’s mother, and they didn’t identify her, but she was taken into custody. In a report from the Daily Mail, the mother gave birth and then just left the hospital, promptly abandoning the baby girl.

Newborn baby girl found stabbed with rusty knife left in back and wrapped in plastic bag as mum is arrestedhttps://t.co/FTPypyerBv pic.twitter.com/iHTXVZ5VdQ

Newborn baby is found abandoned with a rusty knife sticking out of her back in Argentina https://t.co/civJxXAJtE

We hope this little one is adopted by a loving family.