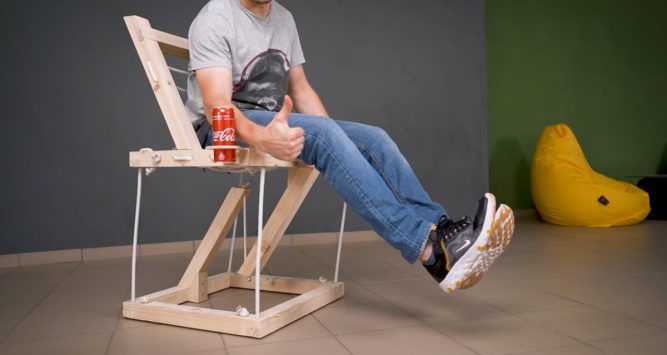 Physics is a fascinating subject, one which is definitely more fun in practice than theory for most. Just about everything we do involves physics, and one exciting concept, in the world of physics that went viral this year are tensegrity structures. For those unfamiliar, a tensegrity structure uses tensional integrity or “floating” compression to isolate components to sort of magically float using just strings or flexible ropes. There was a time when LEGO tensegrity structures were quite popular as well. However, now someone’s created a tensegrity structure you can sit on (although you have to do so very carefully).

That’s right; a super creative craftsman created a chair called The Q. And as you can see from the photos, it looks pretty darned cool. However, as you’ll see in the video below, the process he used to create this mind-bending furniture wasn’t a walk in the park. However, there’s no denying that the results are nothing short of surreal. The DIY structure is fully capable of supporting an adult person’s weight, although, once again, it’s probably not a great idea to shift around too much while suspended. Here’s what the creator had to say about his chair:

“If you have ropes and wood – you can build a floating tensegrity chair based on tension! It was a pretty difficult project, but the result is amazing!” 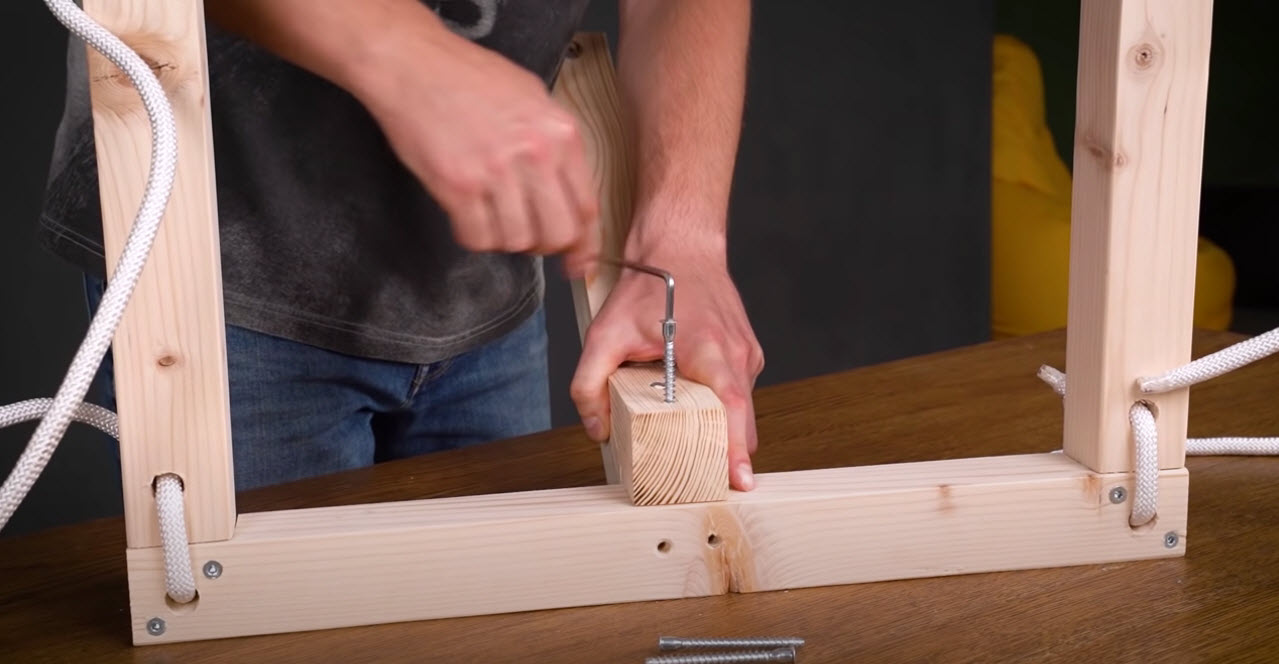 We can’t argue with that. 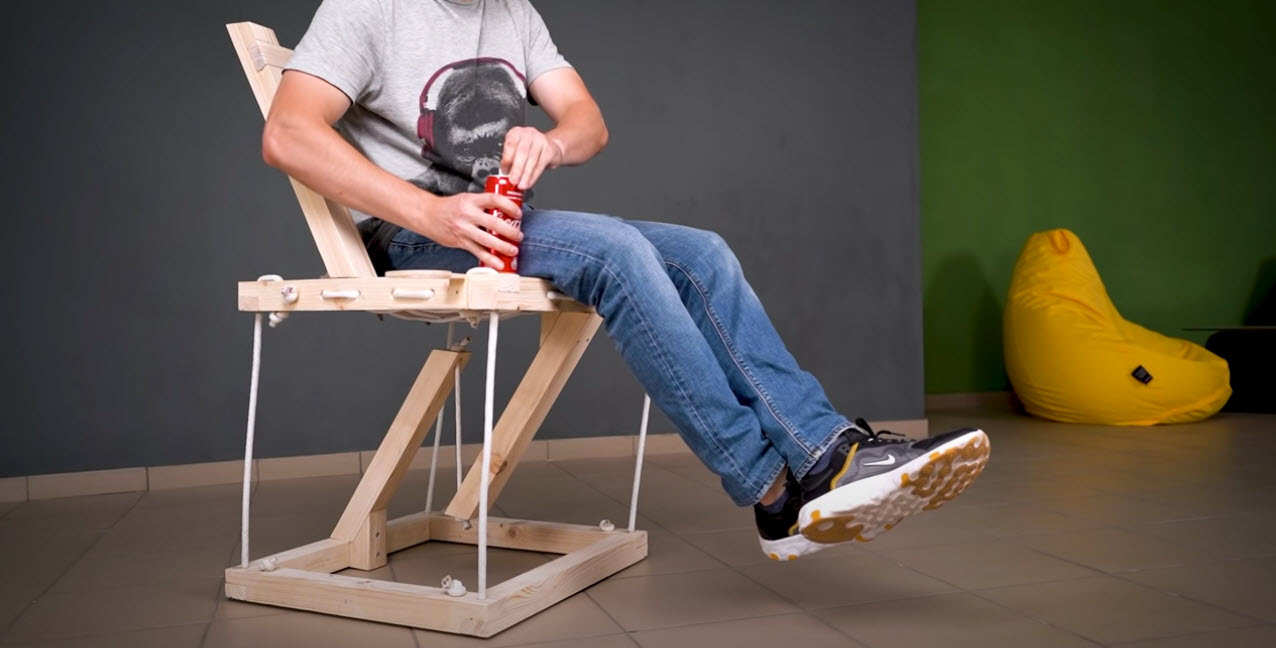 While it’s unlikely you’ll find this chair at your local IKEA anytime soon, it’s still pretty cool to be able to stretch the limits of what we think is possible. You can watch a video showing the creator making The Q and demonstrating its stability below.