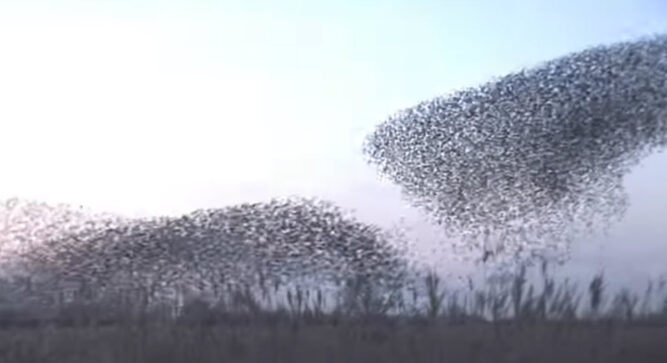 One of the most breathtaking scenes in nature happens in England every year as thousands of birds engage in a massive aerial stunt that would put even the best pilots to shame. Thousands upon thousands of tiny birds called starlings mass together in perfect unison and some truly mind-bending formations as they swoop, dive, rise, and change directions, simultaneously creating incredible patterns. It can take months, if not years, for this many people to practice enough to become this synchronized doing anything. However, odds are these birds have never met before or rehearsed. It seems as though doing this is something written in the creatures’ DNA.

But why do they do it? Well, scientists believe there are several reasons. For one, grouping in large numbers discourages predators such as peregrine falcons as they have a hard time targeting one bird in the middle of a frantic storm of feathers. They also may do this to keep warm and exchanging information, such as where the best feeding areas are. Year after year, usually starting in November, starlings perform breathtaking aerial stunts over their roosting sights. But, they have been known to start as early as September.

However, from Halifax, West Yorkshire, photographer Ed Sykes was out in nature visiting one of his favorite spots to take pictures of birds when he stumbled upon a once-in-a-lifetime scene.  Sykes capture a beautiful moment in time just as the sun was setting, showing a group of perhaps thousands of starlings flying in formation to create the perfect shape of a Christmas stocking! 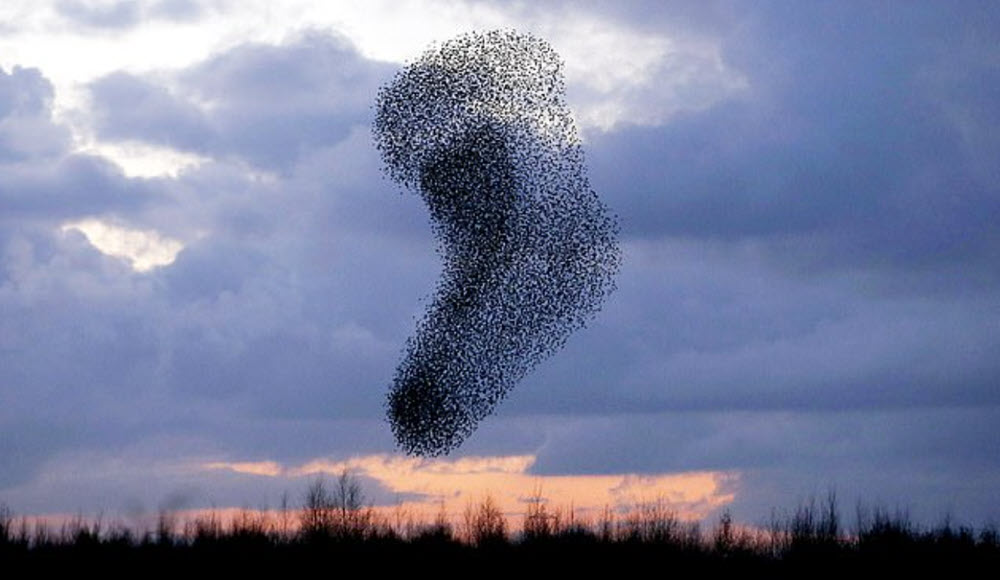 The photographer talked about what he saw:

As you can imagine, social media has since been abuzz with wonder and speculation over the mind-blowing picture.

This photo is amazing 😍 https://t.co/ugOvrnraIt

You can also watch a video below showing other incredible starling murmurations.