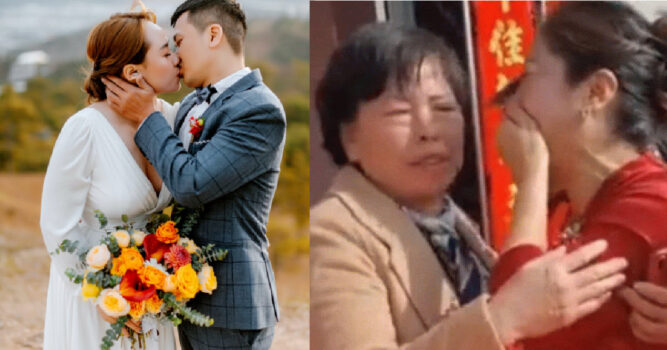 We always hear about how it’s such a “small world,” and with technology such as social media, that world gets smaller every day. However, one mother in China recently found out just how small the world really is.

While China has the largest population on the planet, one mom’s shocking revelation proved that numbers don’t matter when destiny’s involved. The incredible event happened during her son’s wedding.

On March 31, the future mother-in-law noticed a small birthmark on her soon-to-be daughter-in-law’s hand during the wedding, which took place in Suzhou, Jiangsu province.

The mark was very similar to one on her long-lost daughter’s hand. 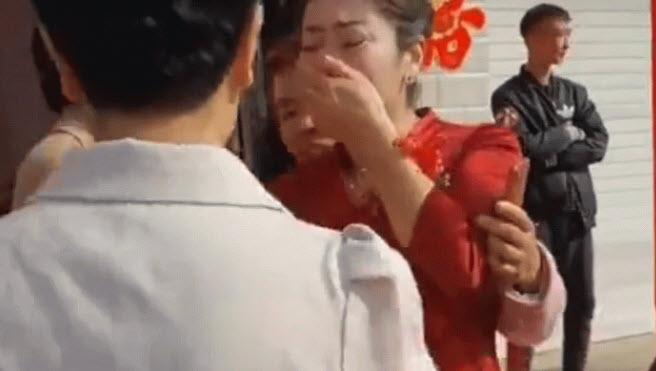 After seeing the birthmark, the woman went over to the bride’s parents, shaking with emotion, and asked them a crucial question.

She wanted to know if they adopted their daughter 20 years ago.

The baffled parents were surprised by the question, as the answer had been a family secret for many years. However, the parents went on to recount how they had found a baby girl abandoned by the roadside over two decades ago. They took the child in and raised her as their own daughter.

After hearing the mother’s story, everyone soon realized that the abandoned child was actually her long-lost daughter. While we don’t know all the details as to how she became separated from her child, the mom said she’d been searching for her little girl for many years.

Upon learning that her mother-in-law was, in fact, her biological mother, the bride burst into tears. Later she said meeting her mother made her “happier than the wedding day itself.” 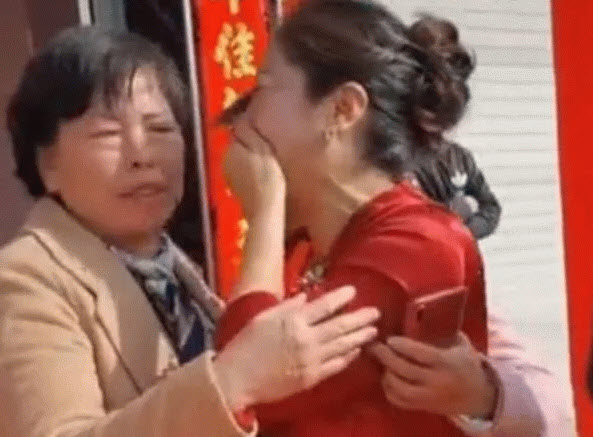 However, the bride was then concerned that she was about to marry her older brother. However, her biological mom reassured her that she had nothing to worry about since her son was also adopted.

The couple married in what was a beautiful and heartfelt ceremony in more ways than one.

You can watch a video about this incredible story in the video below.

Also, please be sure to pass this story along to your family and friends.