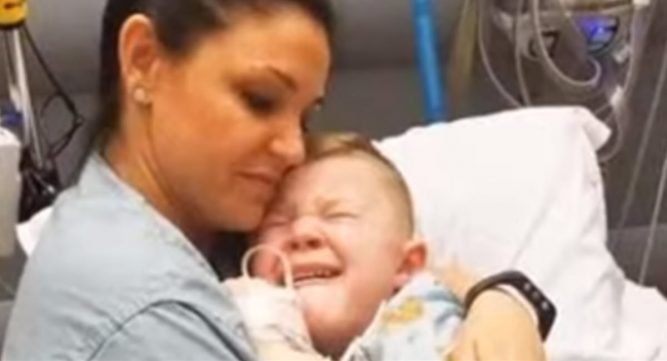 In 2019, little Slade Thompson had a very tough year. He was admitted to Susquehanna Hospital in Williamsport, Pennsylvania, for his second surgery that year. This time, the five-year-old was having his tonsils removed. Slade’s mother, Layla, had no choice but to resign herself to fidgeting in the hospital’s waiting room while doctors worked on her son. She could not help but feel nervous and desperately wished she could tell her boy how much she loved him. She kept telling herself that he would not bein in surgery too long and that he could leave the hospital once it was over, and the two could go home together.

Once Slade woke up from surgery, the nurses had to check his vitals before they could allow anyone to see the little boy, that included his mom. Annie Hager was one of the nurses on duty to care for Slade. She told the child that it would only be a few minutes more before he could see his mom when he asked for her. The boy then asked the nurse if she would do him a small favor. When Layla was finally allowed to see her son, the first thing she saw as she entered his room moved her to tears. Annie, the nurse, was holding the little boy in both arms to calm the child’s fears. She snapped a photo of that special moment so that she could share it with the others in the room. 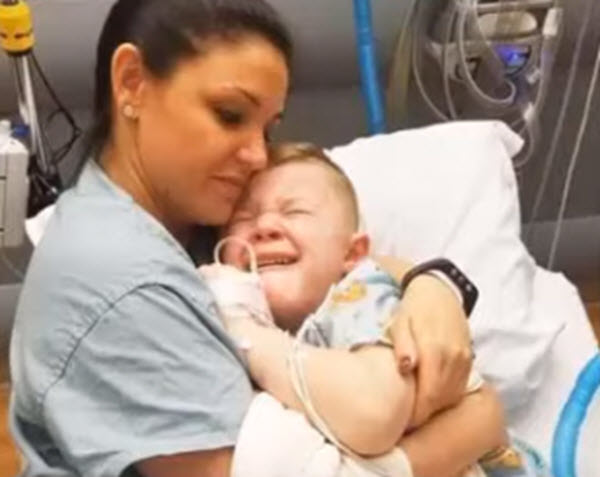 Later, Layla would upload it to her Facebook page, where it would go instantly viral, being shared thousands of times. 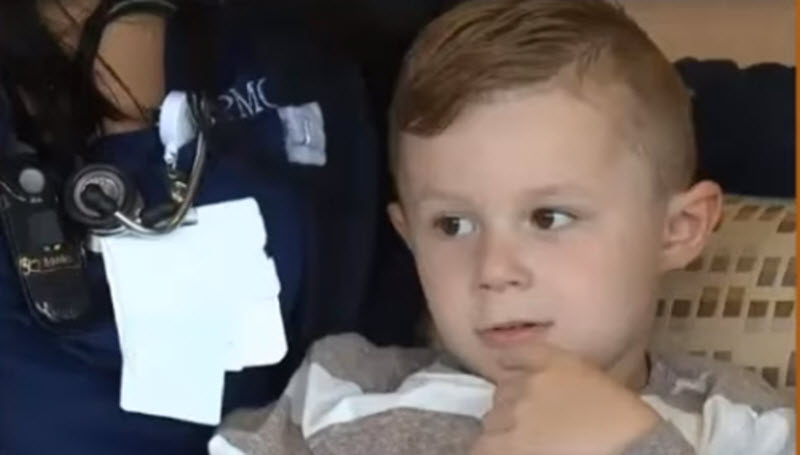 Slade and Layla would return to the hospital a couple of weeks later to personally thank the nurse that had shown the little boy such kindness. 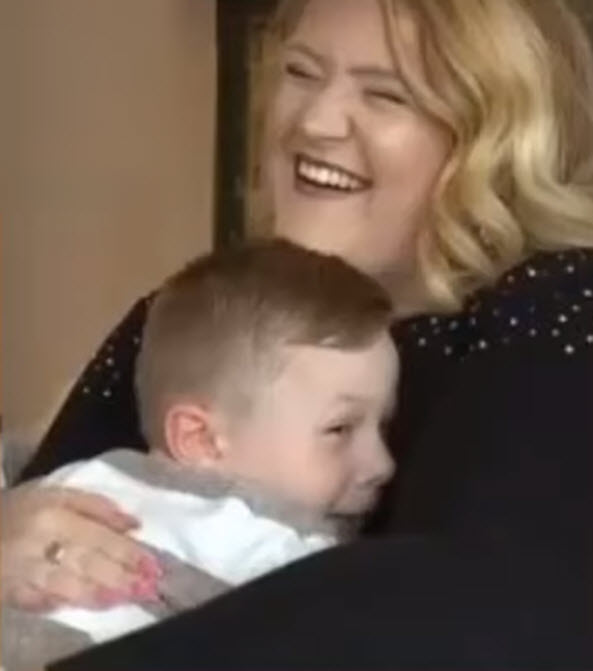 Slade had brought the nurse flowers and a special gift. 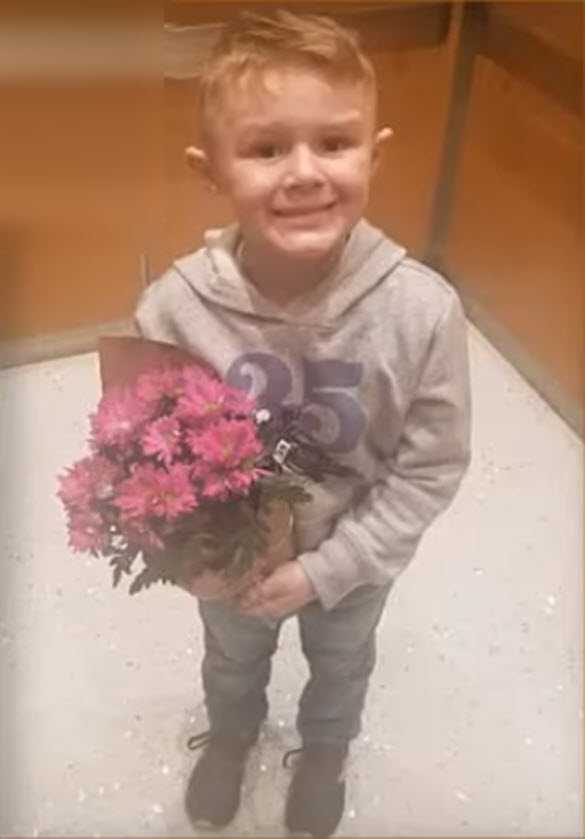 And of course, Slade wished for another hug. 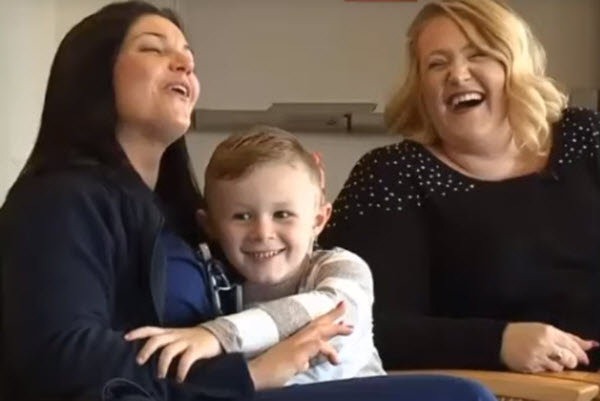 This is the power of love that so many of our brave front-line medical professionals bring into the lives of their patients every day! You can also watch a video about this heartwarming story below.