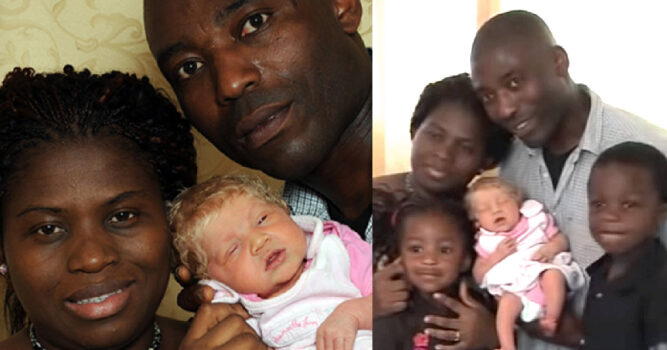 Genetics is pretty crazy. Whenever an interracial couple has a child, it’s common to expect one parent’s dominant gene to take over and have a more prominent role in how the child looks. But, when two parents of the same race have a child, we all assume their baby will look just like them. However, in 2010, a Nigerian couple received the shock of their lives when the mom gave birth to a baby with white skin, blonde hair, and blue eyes. She calls her daughter “a miracle baby,” and for good reason because she defies everything most of us assume we know about human genetics. 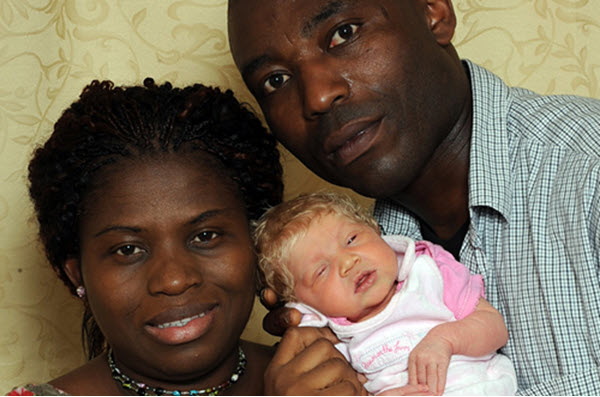 Angel and Ben Ihegboro are Nigerian couples living in London, England. In 2010, they were excited when they learned they had a third child. There was even more excited because they were blessed with two handsome sons, and now they were welcoming a beautiful little girl into the family. When the delivery day arrived, everything went off without a hitch. However, when doctors and the parents got their first look at the infant, they all couldn’t help but notice the shocking details.

Ben joked about his wife being involved in some hanky pinky, but he knew and quickly reassured her that he was only kidding. And after all, even if that had been the case, the odds of her baby arriving with white skin, blonde, hair and blue eyes were improbable.

Before long, the Ihegboro’s baby had the interest of doctors and scientists worldwide who wished to learn how this was possible.

There were several theories. 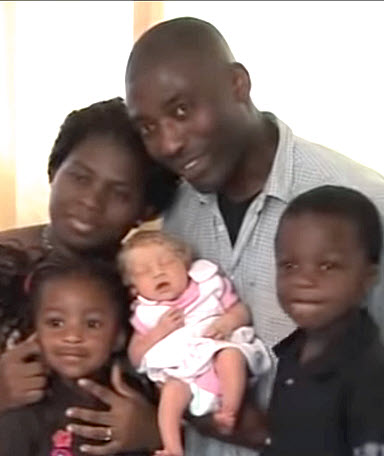 First, doctors thought that the child could have albinism. And while they ruled that out at first, they couldn’t dismiss the possibility entirely because there are many forms of the regressive gene disorder found in Nigeria.

Another theory speculates that Ben and Angela have mixed-race ancestry. This means somewhere within their family lineage. There was a white ancestor in their family. After they conceived their daughter, these dormant white genes may have manifested by chance.

And a third theory speculates that Nmachi’s unique features are due to a genetic mutation that’s one of a kind. If this is true, she’s likely to pass on her trait to her future children, which means the Inhegboro family will have white grandchildren, especially if their daughter conceives a child with a white man. 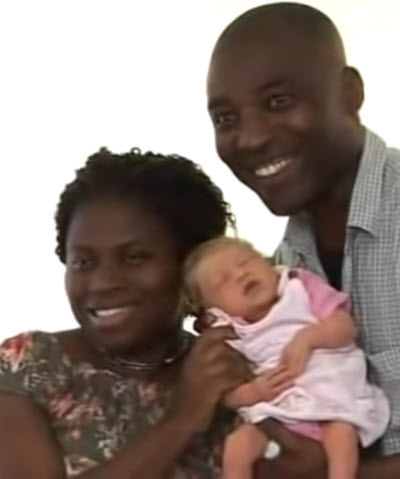 It’s hard to say which theory is more substantial, as doctors continue debating over this case. However, the family does not have any known dormant white genes on either side, so that theory is the least likely. So this leaves doctors debating between a form of albinism or some rare mutation. 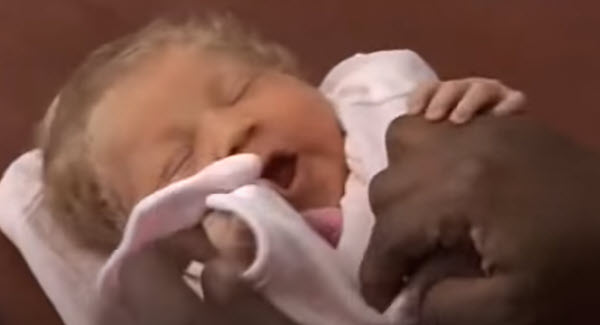 Professor Ian Jackson with the Human Genetics Unit at the Medical Research Council explained how Nmachi’s features could be a form of albinism, despite the family never having a family history or the associated genetic traits often found in families with albino children.

He said that both might carry a copy of the albino gene that’s not manifested on either side of their family for many generations. He also reminded everyone that there are all types of albinism. For example, in type two, a person may display creamy skin and light brown or yellow hair. Considering how prevalent albinism is in Nigeria, this is a very strong possibility.

While we may not know just how or why little Nmachi was born with an appearance different from her parents, either way, she’s still loved and cherished by her family. 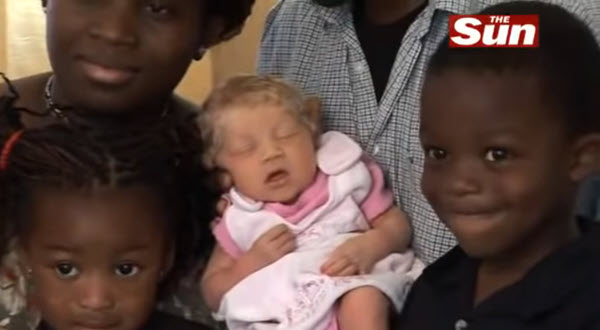 You can also watch a video featuring an interview with the parents and their adorable little girl below.