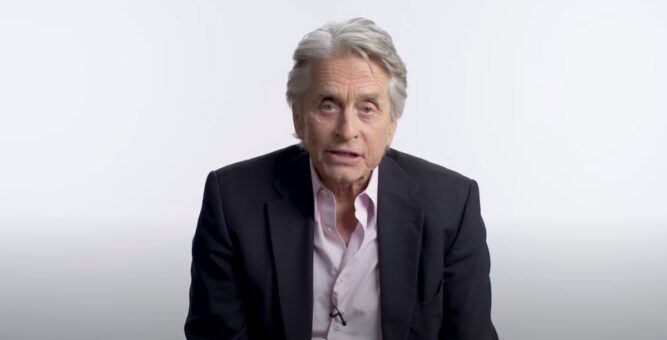 In the generation I grew up in, Michael Douglas was a high-powered actor who the ladies saw as a heartthrob. Be that as it may, life happens to everyone, and these days, Michael Douglas’s most adoring fans are his grandchildren: three-year-old Lua and one-month-old Ryder. In December, Douglas boasted on Instagram about being a proud grandfather after his son, Cameron, welcomed a baby boy. The 76-year-old actor wasn’t able to see the little bundle of joy until mid-January, however. Finally, he got the chance to meet little Ryder face-to-face and he delightedly shared the photo of the two of them on Instagram.

In the viral photo, the Academy Award-winning actor is holding a baby bottle that’s nearly empty in one hand and a very sleepy baby Ryder cradled in his left arm cuddled near to his side. His big familiar smile lights up the page as it marks the special moment between a grandfather and his first grandson. In the Instagram post, he said that it’s the first time he’s gotten to see Ryder in person. Lua is Ryder’s doting big sister. When Ryder was born in December, the actor congratulated his son and his son’s longtime life partner, Viviane Thibes. Although he had to wait a month to meet Ryder, you can see how overjoyed he is. 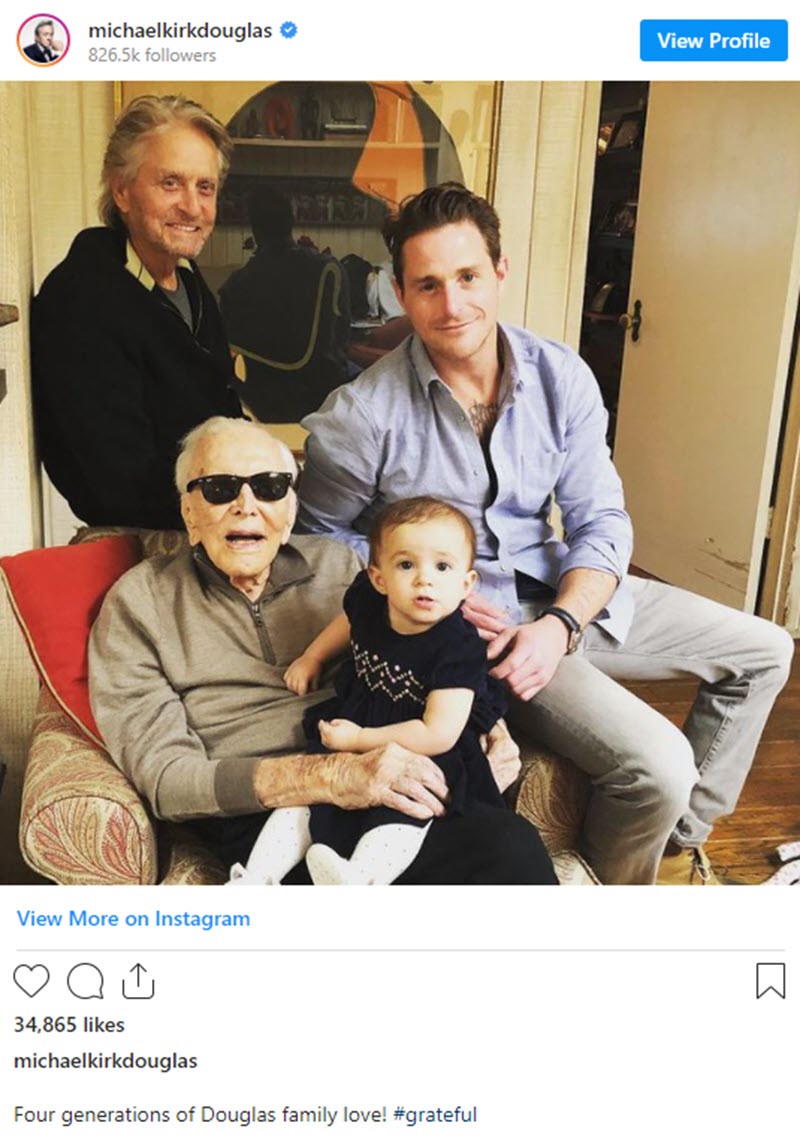 Much like his father, the legendary Kirk Douglas, who died last year at the age of 103, Michael Douglas spent most of his younger years building a prolific and successful Hollywood career as an actor and producer. He has won numerous awards, including five Golden Globe Awards, two Academy Awards, and more. These days, Douglas is a family man and seems to thoroughly enjoy every minute of it. 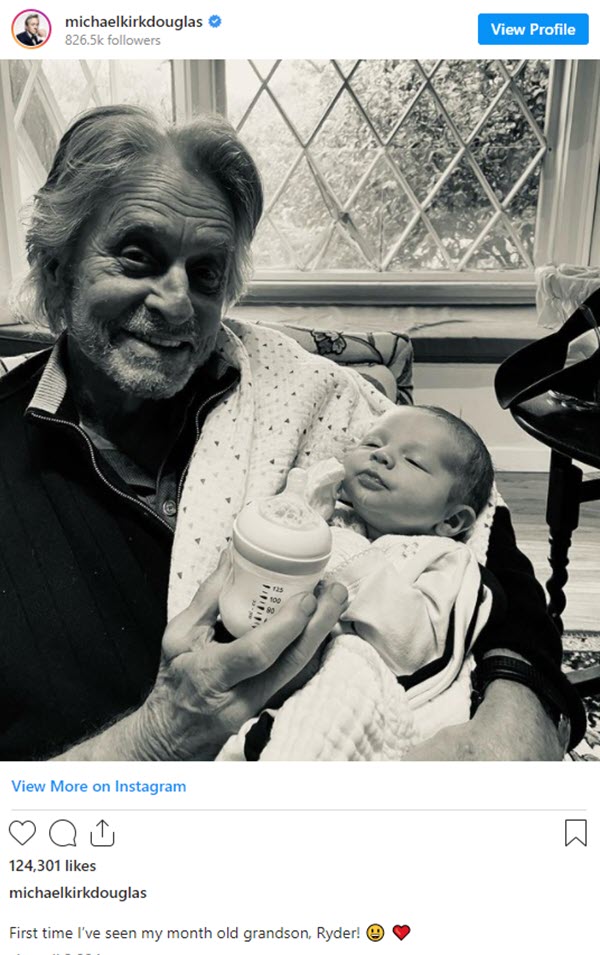 Douglas has three children. His first child was 42-year-old Cameron, who he had with his first wife, Diandra Luker. With current wife Catherine Zeta-Jones, Douglas has 20-year-old Dylan and 17-year-old Carys. In the video below, you can watch him break down his long career.