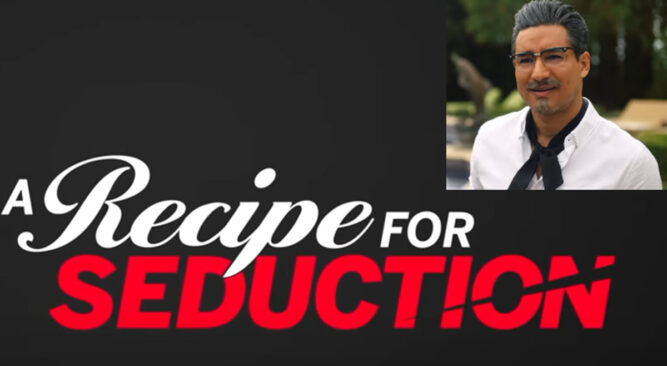 During a year that brought us a hit docuseries about a gay Oklahoma tiger sanctuary owner who wound up in prison for plotting the murder of another tiger sanctuary owner in Florida, among other crimes, it’s safe to say that 2020 has been a strange year for entertainment as it has for reality in general. However, for those who thought the weirdness of 2020 had run out of steam (especially following the recent presidential election), we’ve got either good or bad news for you. The great Mario Lopez, who many fans remember as Albert Clifford Slater from the hit ’90s sitcom “Saved by the Bell,” is starring in a brand new Lifetime mini-movie.

While that’s not exactly big news in and of itself, the role he’s playing has many folks scratching their heads in wonder. Lopez is playing Colonel Sanders. Yes, that’s right, the Kentucky Fried Chicken mascot will be in a live-action movie on the Lifetime channel. And judging from the trailer of “A Recipe for Seduction,” the ’90s heartthrob is going to spice up the western bow tie-wearing fried chicken legend making him “sexy.” And if you’re having a tough time picturing the kindly, old, grandfatherly Sanders this way, Lopez might change your mind!

The trailer recently hit the internet, and as you can imagine, the reception’s been a mixed bucket (sorry, I couldn’t resist). The mini-movie is only 15 minutes long, and if the trailer’s any indication, it’s jammed packed with action, romance, intrigue, and drama, like a steaming hot carton of KFC mashed potatoes and gravy!

The plot follows a rich heiress who’s must endure the affections of an insufferable boyfriend who her mom’s trying to force her to marry. But, then comes along sexy, western bow tie-wearing Chef Harland Sanders with his crazy “secret fried chicken recipe and a dream.”

It's time for a new Sexy Colonel Sanders! This time the @KFC founder is played by Mario Lopez in his own @LifetimeTV original mini-movie, A Recipe for Seduction. https://t.co/2mMcwSbvpO pic.twitter.com/fWK5sF5pK1

KFC even sent out a hilarious tweet about the movie.

And according to the movie’s press release, this sensual fried chicken mini-movie is intended to serve as a delicious escape from the nightmare we all know as 2020.

I’ve got to say; nothing says “I just can’t anymore,” like watching a movie featuring an intriguing 11 herbs and spices-seasoned plot full of love, danger, and deception while wolfing down a bucket of some KFC original recipe as you burn a KFC log in the fireplace for good measure.

And if this article’s made you bust your diet, I sincerely apologize.

You can watch the trailer for this instant classic below.