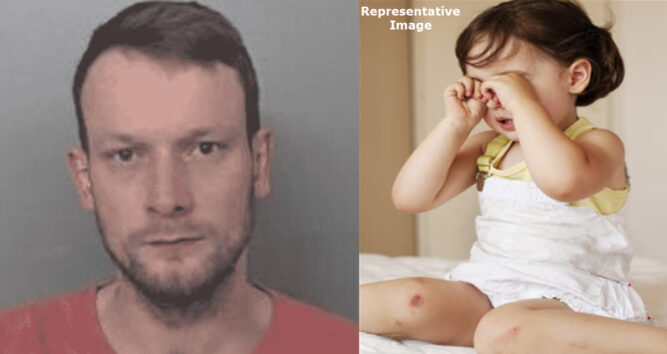 Warning: This story contains depictions of child rape and abuse that may not be suitable for all readers. Reader discretion is advised.

In Great Britain, a 32-year-old man convicted of filming himself rape a 2-year-old girl on the internet was originally supposed to spend the rest of his life behind bars. However, it seems that pedophile Terry Coneyworth only has to serve 8 years in prison, after which he’s eligible to apply for parole. The predator was arrested and charged in 2018 with multiple counts. His victim was said to have been sexually assaulted on several occasions throughout October and November 2018. The pedophile also shared numerous images showcasing his unspeakable abuse on messenger service. The sadistic monster didn’t even stop violating the child on one occasion when she was sick.

Terry Coneyworth, 31, of Derwent Avenue, Hull, has been jailed for life (minimum of 8 years) after admitting 19 sexual offences – including sexually assaulting & raping a 2-yr-old girl.
Find out more about how we catch sex offenders: https://t.co/EhGRhTDv1D pic.twitter.com/1gT3TsfTXz

Not only did Coneyworth film his crimes, but he also took photos of the disgusting acts.

Evidence of an online chat where Coneyworth talked about raping and sexually assaulting another young girl.https://t.co/RoZMLhZIZU

During his hearing at the Hull Crown Court, the man pled guilty to 19 Sexual offense charges in December 2018. One of the officers involved in the case described his crimes as:

During a search of his home, officers unc9overed 965 images of child pornography.

why bother putting life when he could be out in 9, disgusting life should mean exactly that, in his case throw away the key and let him rot in jail even thats to good for this evil scum.

Out of these images, the man reportedly distributed 22, and nine were of the 2-year-old little girl he had raped.

Already looking forward to tomorrow’s #SundayRoast arriving at my door. I sit there waiting for it to arrive, knife and fork in hands, like a latter-day Ma and Pa Clampett. 😐

Police also found evidence that he was talking about raping another little girl during an online chat session.  Detective Constable Gregg Anderson said that the sentence reflected the “seriousness” of the case and was based on “the potential danger he posed to others, ” according to Hull City Live. 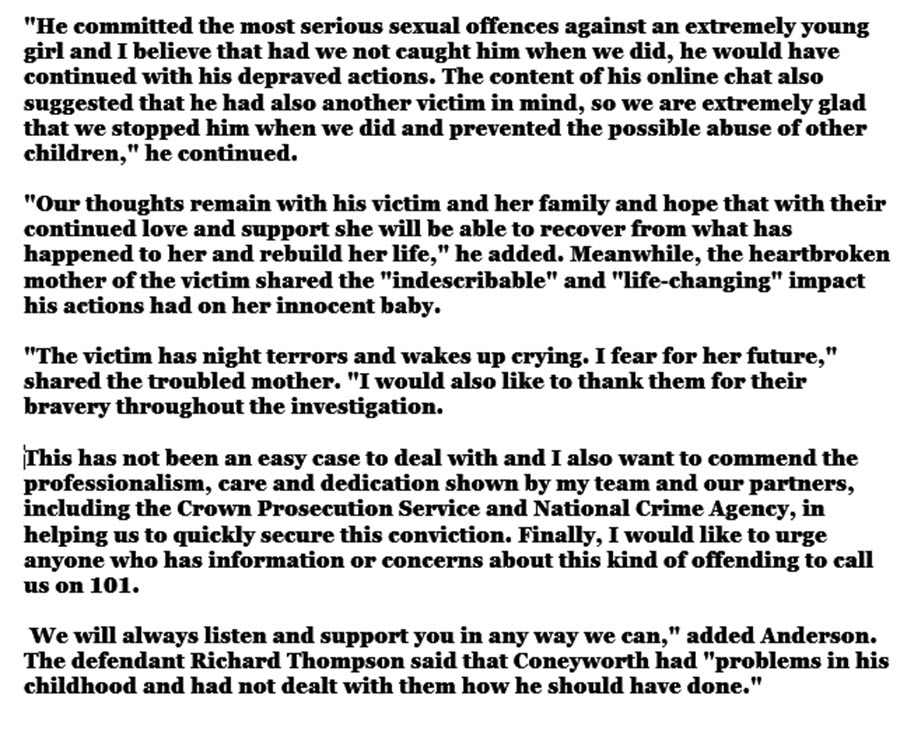 Let’s hope for the sake of justice and all of his likely future victims that this piece of scum never tastes freedom again.