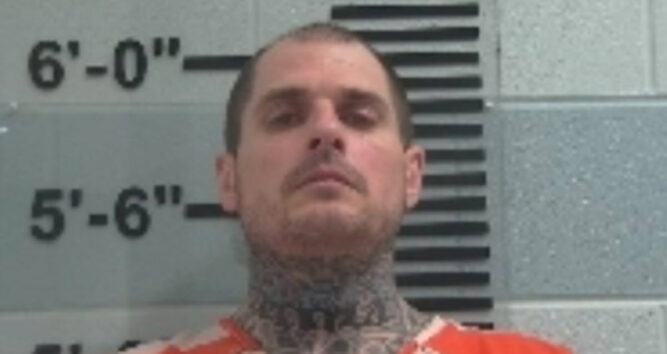 Trigger warning: this article contains details that may be disturbing to some readers.

An Ohio man has been formally charged with accidental homicide after his two-month-old baby daughter died following him stuffing a baby wipe in her mouth. The 38-year-old man’s crime was discovered after a 911 call was made at 4:00 a.m. a few days before last Thanksgiving. When emergency responders arrived at the Columbus, Ohio home, they discovered that the little girl wasn’t breathing. Although medics and firefighters at the scene performed CPR, they were unable to revive the baby girl, who was later transported to Nationwide Children’s Hospital, where she was pronounced dead.

An autopsy was performed and it was revealed that the little girl died after choking on a baby wipe that her father, Christopher Ledoux, stuck in her mouth. The man has been indicted on one count of reckless homicide and the crime is being treated like third-degree murder in Ohio because of the man’s record. The little girl has a sibling who was also in the home at the time of the incident, and the sibling was unharmed. However, that child was also taken to the hospital as a measure of precaution. The father of the children reportedly has addiction issues and has a prior felony from 2012.

Ohio Man Indicted for Allegedly Killing His Two-Month-Old Daughter by Shoving Baby Wipe Into Her Mouthhttps://t.co/99eMNyW1Uw

Ledoux’s prior felony was for drug possession and that could affect his court appearance, according to the Law & Crime website. The prosecutors have also filed for tight bail conditions because of the violent nature o0f the crime. Ledoux turned himself in to the police. He can only be granted bail after filing a surety bond of $50,000 plus a personal recognizance bond of $25,000.

Don’t worry. There are many worse things awaiting him which are to be shoved into HIS mouth—AFTER he moves into his new jail cell….and that’s not the only opening…and it won’t happen just once either. Sorry. I have no compassion for someone who could do that to a little baby.

An Ohio attorney named Samuel Shamansky will be representing Ledoux as his defense attorney.