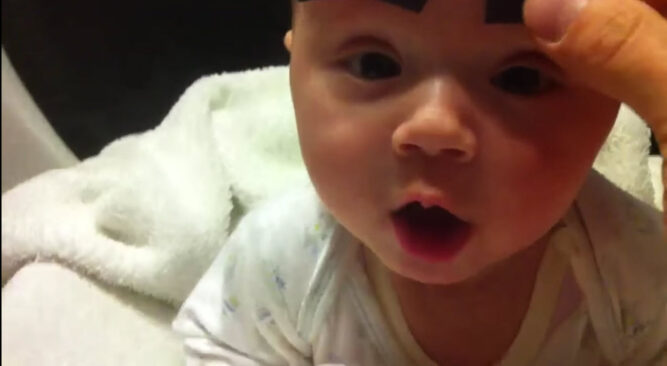 Next to videos featuring cute puppies and kittens, those showing adorable babies are right up there as some of the funniest and most heartwarming clips we love watching over and over. Who could forget little Charlie biting his big brother’s finger? Capturing these priceless memories on camera and sharing them with the world, in my opinion, has helped make our world a bit brighter as these videos connect us through common positive human experiences. And some of the best videos featuring small children we’ve seen have been made by bored dads just looking to do something fun. Sometimes that may mean a dance video or a hilarious prank on his wife or kids.

However, in this video, one bored dad had a pretty simple idea for passing the time. You see, infants of a certain age have ubiquitous features with other babies. It can sometimes be difficult to tell them apart as many have yet to grow into their distinctive facial features. I remember a friend describing his baby as a “Mr. Potato” head, able to look like anyone. Well, the dad in this video decided to go ahead and test that theory, and the results were absolutely hilarious! 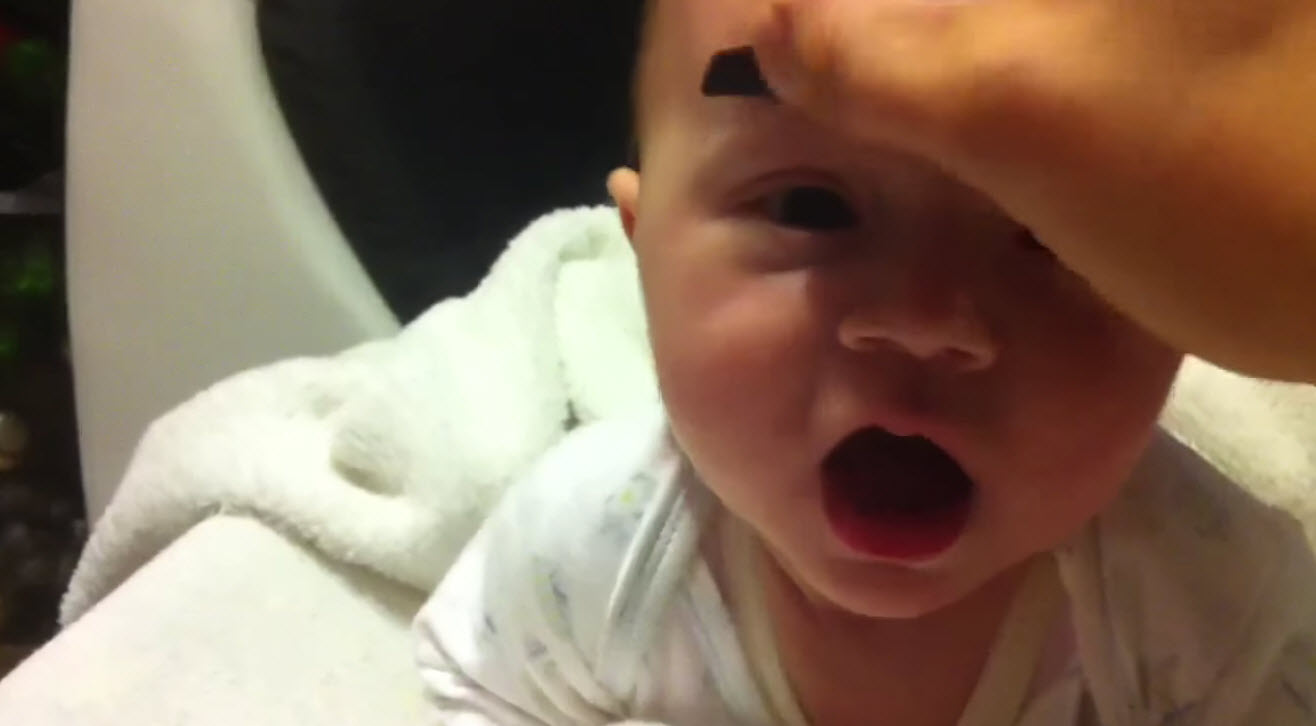 The video begins with an adorable baby boy lying on his stomach looking up at his dad, who’s holding the camera. We only see the father’s hand in the shot as he begins placing various pieces of sticky black paper on his son’s face. 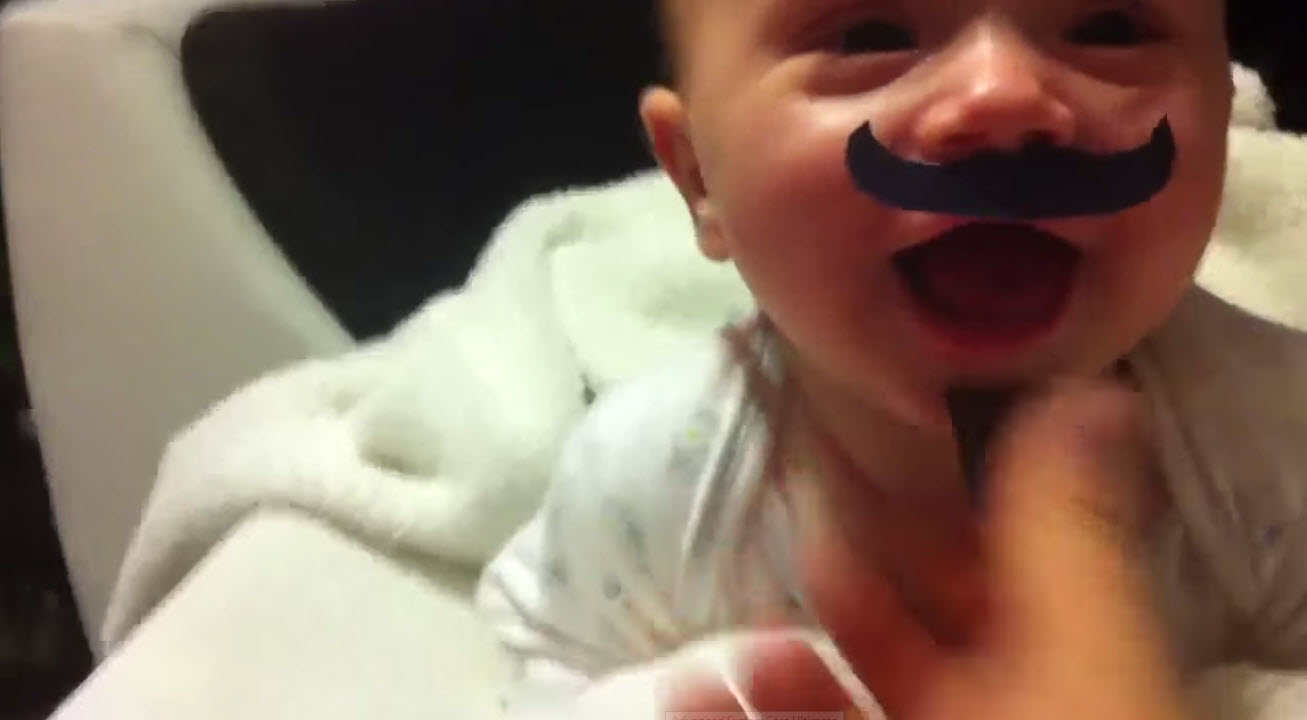 He begins with two black eyebrows before moving on to a curly mustache and finally tops it off with a little goatee for good measure. 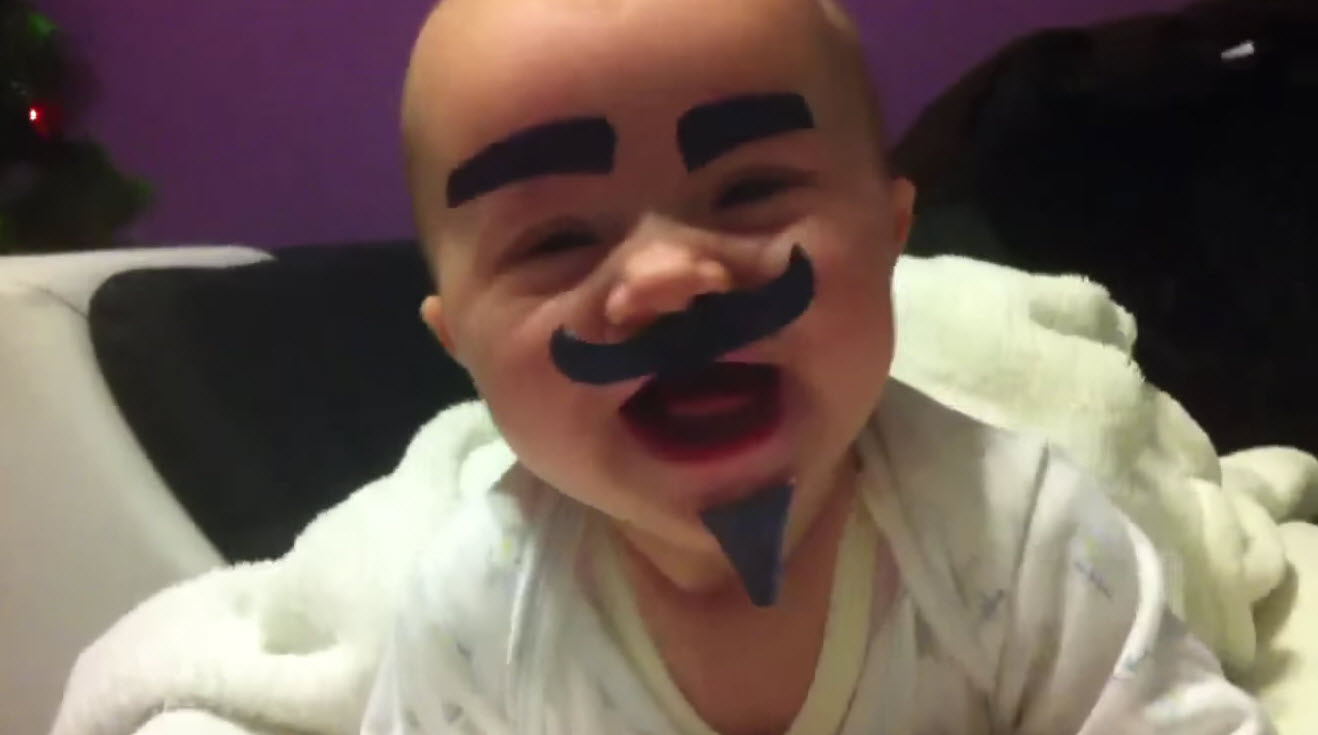 The result is a ridiculously adorable little angel who folks have viewed on YouTube over 8 million times!  You can watch this adorable video below.