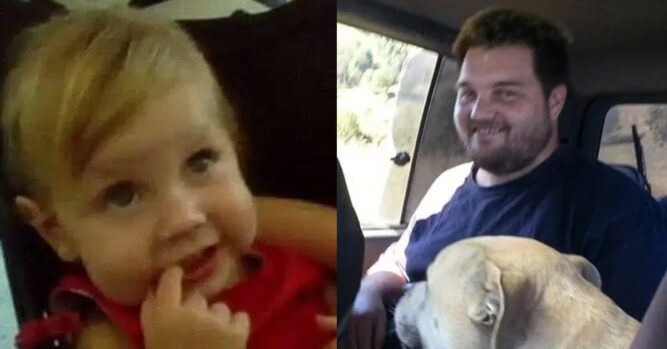 Trigger Warning: The content below may be disturbing to some readers.

We know that everybody makes mistakes in life but sometimes, we hear about something that not only makes us cringe, it makes us wonder how somebody could be so cruel. That is especially true when it comes to children that have been abused. Admittedly, any type of child abuse is out of the question but for a young girl named Maddilyn-Rose Stokes, however, it went far beyond the typical abuse that we sometimes hear about in the news. She was tortured and ended up dying.

It happened in May 2017 but the story still circulates because of the severity of the issue. It seems as if the two-year-old girl had soiled her diaper and her father was extremely angry over the situation. He put her little body under hot water and it was so hot that she suffered from burns on her legs and back. The bottom of her feet managed to avoid getting burned from the scalding water, but the rest of her lower body was burned according to the Daily Mail.

David Stokes, the 33-year-old father, and Nicole Betty Moore were in the Queensland Supreme Court and pleaded guilty to torturing and manslaughter for the two-year-old girl. Although what they did was cruel, the death of the girl could’ve been avoided if they would have sought medical treatment right away. They decided to search online and use bandages in aloe.

It wasn’t until the girl was unconscious about five days later that paramedics were called. Unfortunately, she died at the hospital with her father saying that she had full-thickness burns. He also tranquilized the girl by giving her antidepressant medication that was prescribed to him.

According to a local news station, the house was a mess with toilet paper, mattresses, and bloodied bandages everywhere. According to the prosecutor, Sarah Farnden, the little girl was undoubtedly suffering excruciating pain prior to dying. She also would’ve been dehydrated and couldn’t eat or drink and was likely delirious before going into cardiac arrest.

It was determined that she needed obvious treatments from the time that she was scalded but her parents ignored her cries for help. If the parents would have sought immediate help, she could have recovered fully. They hid her injuries because they were concerned that the Department of child safety would get involved because she had been severely malnourished in the past as a baby.

It’s incredible to think that somebody could be this cruel to such an innocent young child. Although Stokes was given an 11-year sentence and Moore was given 9 1/2 years, it seems as if it is too little, too late.