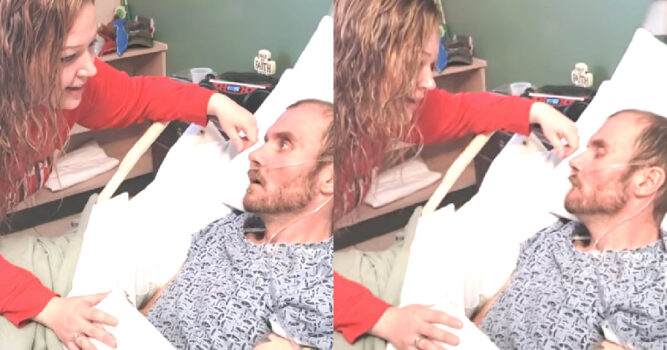 Danielle Gibson is a mother of four who recently welcomed twins with Tony’s husband. However, things soon took a tragic turn after doctors discovered that Tony had a brain disorder. In a heartbreaking video, we see Danielle singing to her beloved husband for the final time.

There are never enough words to describe the unbearable heartache and pain a woman endures while watching her soulmate slowly fade away. But, when Tony was diagnosed with a rare brain disorder, which is considered the human form of “Mad Cow Disease,” Danielle had to remain strong for both him and their four children. 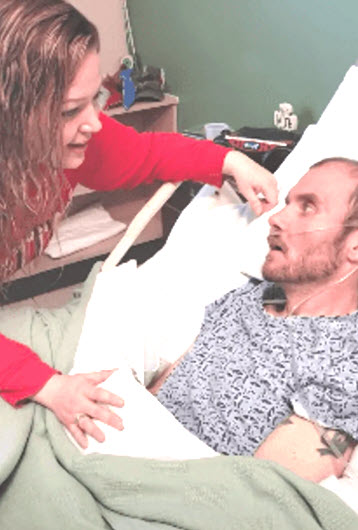 Tony’s symptoms began manifesting in December 2017 when his memory quickly deteriorated. Danielle revealed on a GoFundMe page set up for the family:

Once Tony was admitted to the Vanderbilt University Medical Center, doctors could pinpoint the issue. Tony had Cruetzfeldt-Jakob disease.

Doctors said the disease might have been caused by genetics, bad meat, or some unknown cause. The otherwise healthy 33-year-old father and husband started to deteriorate slowly. First, he lost his memory, then he could no longer read, and last, he lost his mobility. 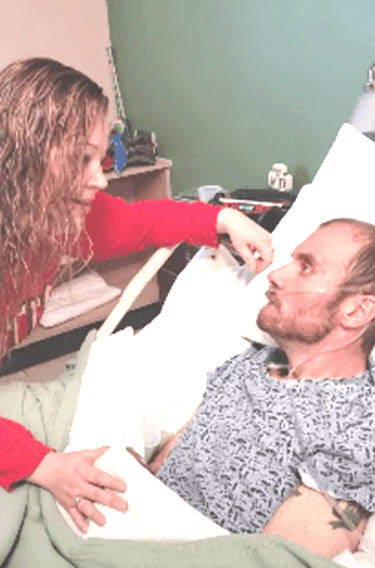 One day, police were called, and they informed Danielle that her husband had been found wandering around the Nashville airport. It turned out that he had forgotten where he parked his vehicle.

While taking care of their children, Danielle was also able to stay by Tony’s side. One day as he lay  in bed, Danielle began singing his favorite church hymn, “Amazing Grace.”

When a woman becomes a widow, she faces a painful and enormous challenge, with each person finding their own coping mechanism to deal with their grief. 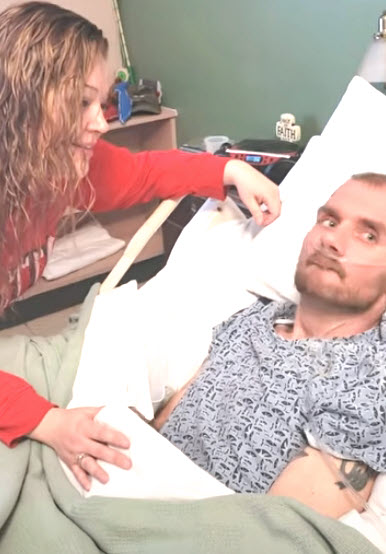 As soon as Danielle began singing, Tony’s eyes fluttered open, and he looked into her eyes with a glimmer of recognition as the comforting and familiar sound of his wife’s lovely singing filled his ears. Sadly, this would be the very last time Danielle would ever get to sing to her husband. 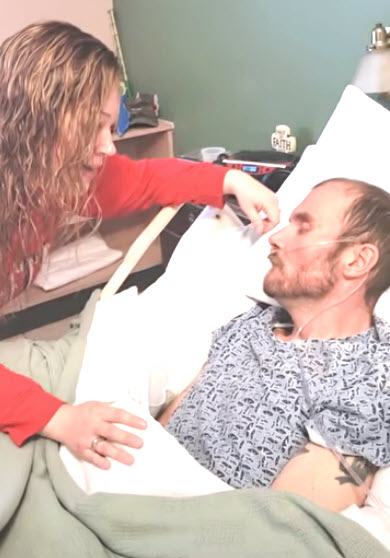 You can watch the heartbreaking moment Danielle sang to Tony one last time in the video below.

Please be so kind as to pass this video along to your friends and family.