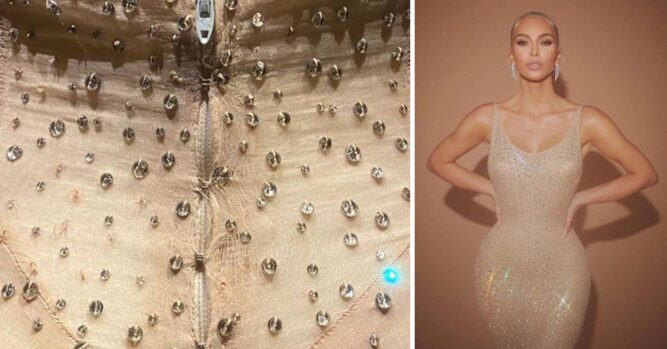 More than likely, you are familiar with some of the iconic dresses that were worn by Marilyn Monroe. You may not have them on your radar constantly, but it’s difficult to deny those dresses when you see them.

Many of those dresses are being preserved by collectors, and that includes a gown that was worn by Monroe. The collector took good care of it and made sure that it stood the test of time but now it seems as if it got damaged. 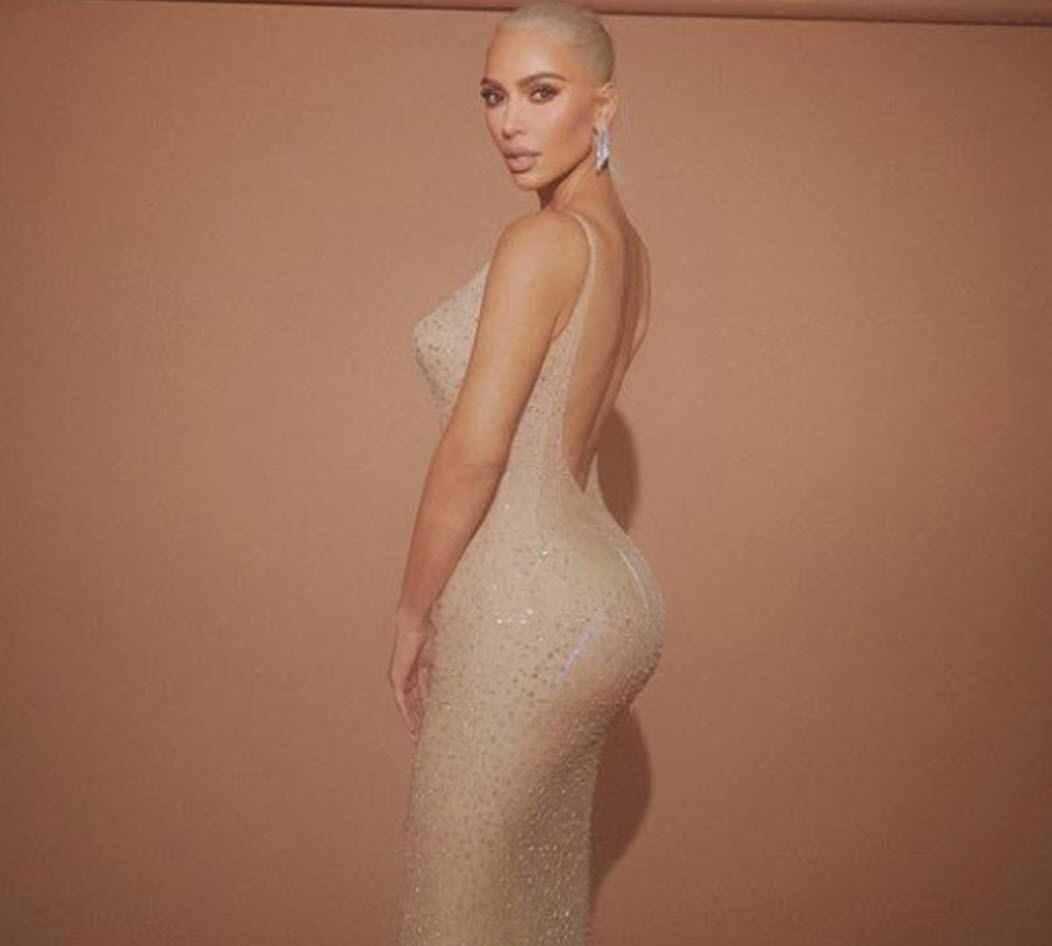 At the 2022 Met Gayla events, they allowed Kim Kardashian to wear the dress on the red carpet. The collector is now saying that she ruined it and has proof in the form of pictures.

The gown that Kim Kardashian wore on the red carpet is the same dress that Marilyn Monroe wore in 1962 when she sang to Pres. John F. Kennedy. Many people who saw her wearing the dress were furious that they even allowed her to do it. 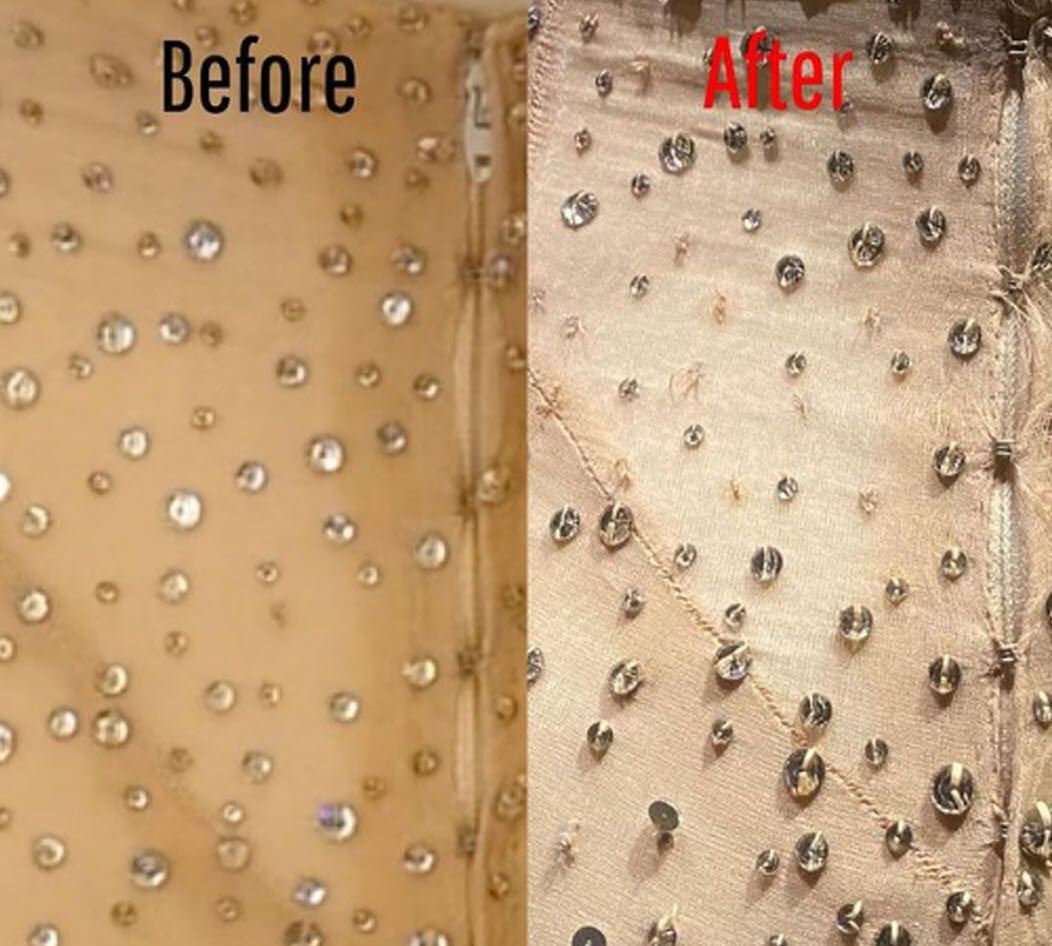 Admittedly, Kim Kardashian did change out immediately after the photo shoot but it seems as if the damage was already done. Collector Scott Fortner, who owns the dress, posted pictures on Instagram to reveal the damage after her brief time in the outfit.

They showed before and after pictures of the gown to highlight the damage after Kim was wearing it. Fortner said that there are crystals missing and had fallen off of the dress.

The collector was also furious with Ripley’s Believe it or Not Museum because they loaned the dress to Kim Kardashian.

Although Fortner was certainly somebody who had an opinion on the subject, there were also others who were upset about it as well. This included Michelle Morgan, an author of ‘The Girl: Marilyn Monroe, The Seven Year Itch, and the Birth of an Unlikely Feminist.’ 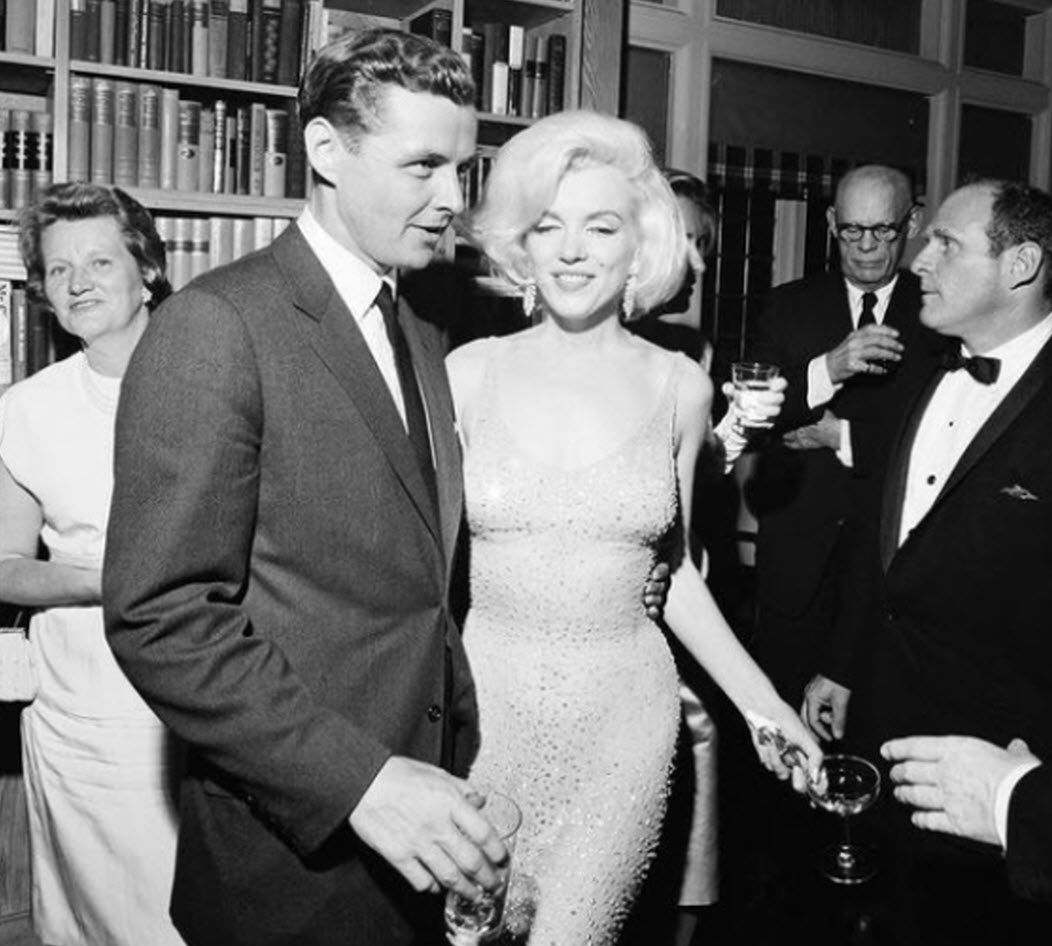 In speaking with the New York Post, Morgan said: “The gown is extremely fragile and has been previously kept in temperature-controlled conditions, but now here it is, not only being worn, but also in a red carpet environment, where anything could have happened to it,” she said, adding that “sweat, perfume and makeup” could cause “untold damage and staining”.

Ripley’s came back with their own statement in a press release that said: “Great care was taken to preserve this piece of pop culture history. With input from garment conservationists, appraisers, and archivists, the garment’s condition was top priority.”

Even Kim Kardashian spoke about the diet she went on just to fit in the dress in the first place. She told Vogue: “I would wear a sauna suit twice a day, run on the treadmill, completely cut out all sugar and all carbs, and just eat the cleanest veggies and protein. I didn’t starve myself, but I was so strict.”

It seems as if she had lost 16 pounds in the three weeks prior to the time she wore the dress. You can see more in this video: