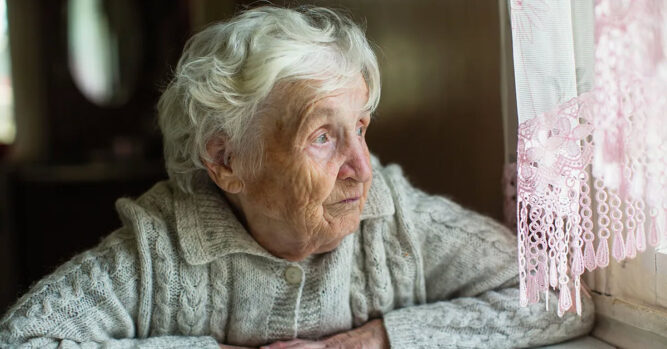 We sometimes hear about Karma and there are times when we may experience it in our lives as well. It seems to work for the good or the bad, depending on the circumstances.

In many cases, we way hear that someone is getting what they have coming to them when they experience it and it might even leave us feeling as if justice was served. 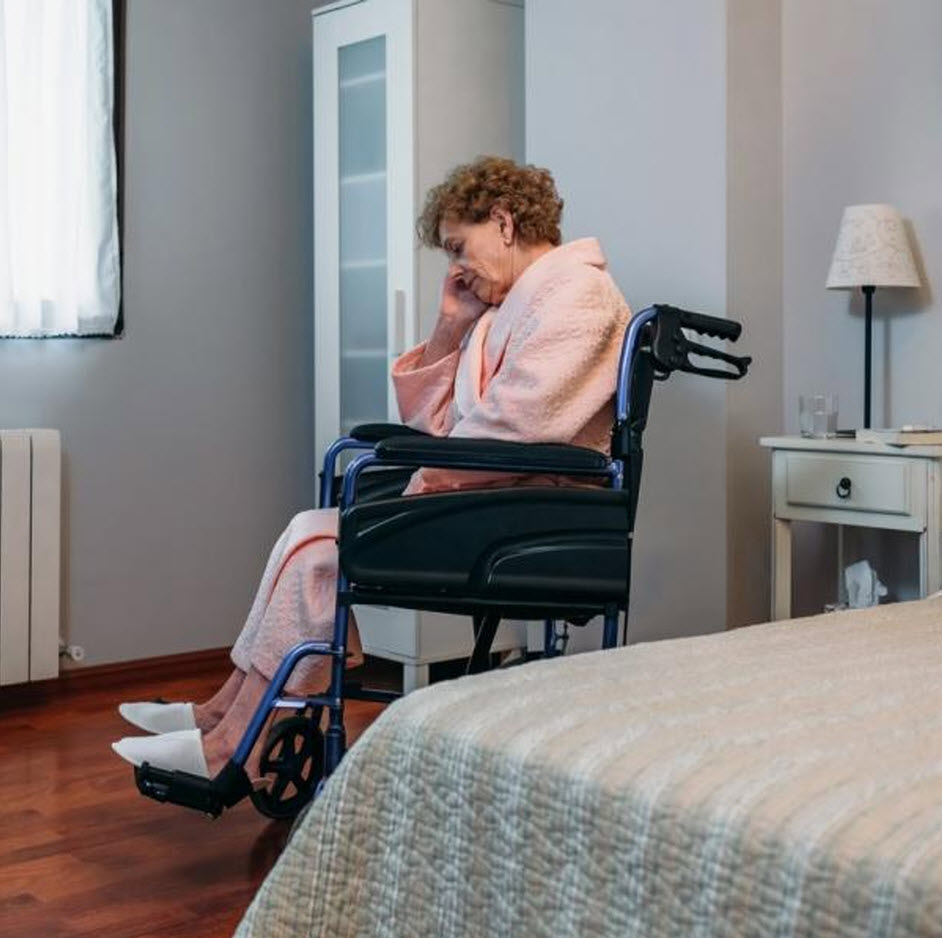 That is sure to be how you feel after you read the following story. It may be a piece of fiction but we realize that these things happen all too often to ignore.

In the end, it will leave you feeling as if all is right in the world, even though someone had to get what was coming to them.

Bernice was about 70 years old when her grandson, Kota, started acting unusual around her. Kota was in his late 20s, and newly married to a grumpy woman named Kate. Kota and Kate started spending more time with Bernice as she got older, but they never really seemed to have much to say. In the past, Bernice adored Kota and spent a lot of her time with him when he was growing up. However, in recent weeks, she has seen a different side to him. A side she did not care for. But, she figured it was stress from his job, or possibly issues at home with Kate, and didn’t pay it much mind.

Bernice lived in a lovely estate home in south Florida, but the place was too big for her to live in alone. She planned on selling the home and moving into a smaller place where she could take care of herself. Kota helped her with the paperwork and offered to let her move in with him and Kate till she found a place of her own. Bernice thought the offer was genuine and accepted. Packing her things, she noticed Kate looking at her with an odd smirk. 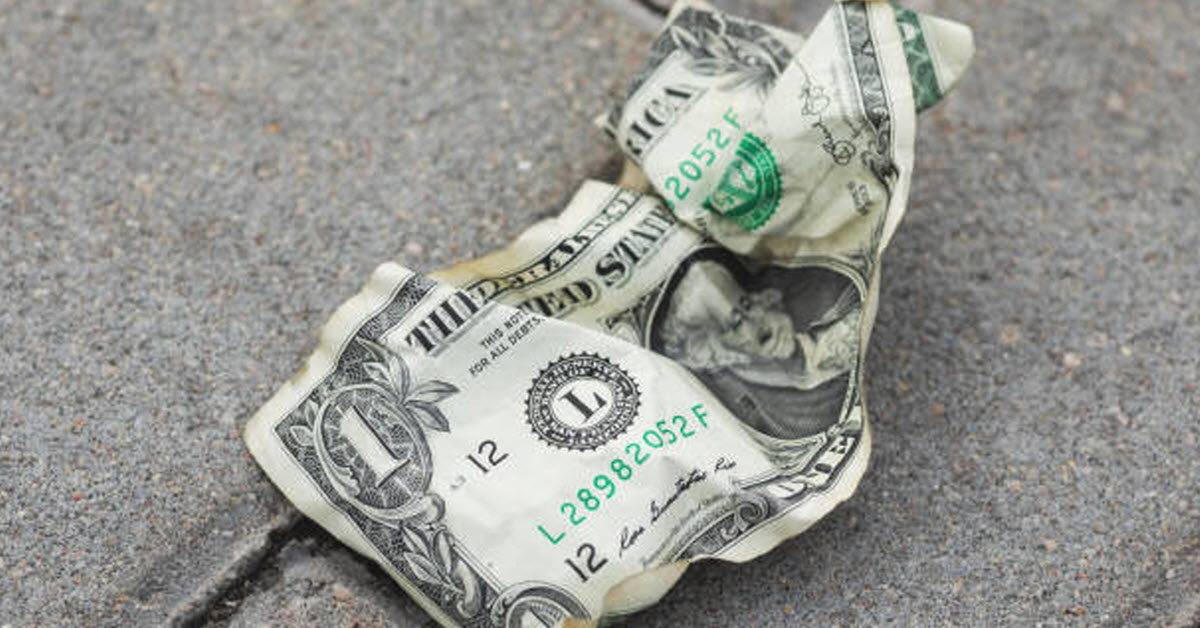 After moving in with the couple, Bernice immediately regretted the decision. The way Kate spoke to her was rude and demeaning. Kota never bothered to step in and say anything either, which made Bernice feel awful. After 3 months of living like that, Bernice was relieved to hear her house had sold.

Now, Bernice’s house was worth quite a bit of money, and she was looking forward to using it as her new home. However, Kota mentioned that it would be in her best interest to let him handle her finances until she found the perfect place she wanted to buy. Not thinking anything of the remark, Bernice agreed. When Kota handed her the paperwork to sign, she assumed he was being honest. What she didn’t know was that Kota had her sign away her rights to the sale of the house. He would be getting all of her money, and she would be getting nothing.

Bernice jokingly said, “As long as I don’t end up in a nursing home, I don’t care what kind of house I end up with.”

Kota took her hand, looking serious, and promised his grandmother that he would never put her in one of those places. Bernice was sure she heard Kate giggle somewhere behind her.

After a few weeks, Bernice realized something wasn’t right. Kota entered her room and told her the news she never expected to hear. He was putting her in a nursing home tomorrow morning. Kate and he had talked about it and that’s the decision they reached. Shocked, Bernice asked her grandson about her money from the house.

“Oh! Don’t worry grandma, I will still keep it safe for you and you can use it whenever you need! Kate and I will always take care of you.”

But Bernice knew that wasn’t the truth. The next day she entered the nursing home and met her new nurse, Amy.

Eventually, Bernice figured out that Kota had stolen her money. He never came to visit, and when he did, all he would ask about is if she had any money to lend him. As the years passed by, Kota and Kate went on extravagant cruises and bought luxurious clothes and cars. Bernice knew where her money had gone, but she couldn’t do anything about it.

Amy would listen to Bernice’s stories about Kota and Kate and what they had done with shock and disgust. She befriended Bernice rather quickly and the two became best friends. Amy would stay after her shift and play cards with Bernice or bring her some of her favorite books to read. Bernice treasured Amy more than her own grandchild, but Amy treated her better. And, she respected her.

Eventually, Kota came to visit again, and Amy walked him to Bernice’s room.

When Kota entered the room, Bernice knew why he was there. Her brother had just passed away, and Kota likely wanted to know about any inheritance. After a few boring questions about the weather and the food, Kota asked about her brother.

“So, have you heard anything from the lawyers about his death?”

Yes, Kota was just there for any potential inheritance. But Bernice lied and told him that she hadn’t heard anything. Even though, she had inherited over 3 million dollars from her brother’s estate.

Bernice was disgusted with Kota and his wife who she knew was also a part of this manipulation. But, she had $3 million to hold on to and had to keep it secret for as long as she could.

It was only another 3 months after that day when Bernice passed away. Amy organized a funeral gathering for her closest friends at the nursing home and cried for days afterward. She had one more favor to do for Bernice, her best friend. Bernice had left a letter for Amy to deliver to Kota when she passed. So, she gathered her purse, and the letter, and went to Kota’s exquisite mansion.

She rang the bell, and the door opened. Kota was there with Kate standing directly behind him.

“Here, Kota. This is a letter from Bernice, she wanted you to have this.”

Amy left, and Kota quickly shut the door behind her. Excited to see how much money Bernice had left him, he tore the envelope open, and a few dollars fell to the floor. He read the letter out loud, and Kate screamed in anger.

“Kota, I know you stole my money from the sale of the house. I know you and Kate spent my life’s savings and lied to me every step of the way. Here’s something you don’t know, though. My brother did leave me money, quite a bit of it. 3 million dollars to be exact. And you will be getting none of it! Amy, my loving nurse for all these years, she gets every penny. You deserve nothing!”

Not having any money to pay for their life of luxury, Kota and Kate quickly fell into bankruptcy. Soon after, they ended up homeless on the streets, with nothing but the clothes on their backs to wear.