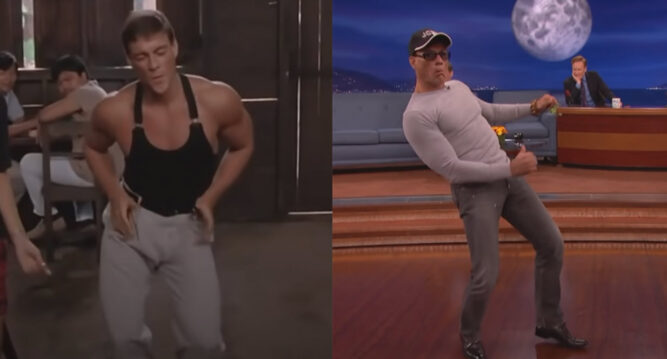 It’s always fun watching celebrities kick back and have fun on late-night talk shows. We get to learn a bit about their real personalities, especially their sense of humor. Plus, these shows often put famous people in some pretty funny situations, helping them connect more with their fans. And some celebrities might crack jokes, others might sing, or the host might have a special skit in mind. Conan O’Brien is a late-night host who absolutely loves surprising his guests with screw-ball situations. And when the host welcomed action film legend Jean-Claude Van Damme on the show a few years ago, the ginger-headed funnyman didn’t disappoint.

The interview started out talking about the usual stuff before Conan brought up a dance scene from the 1989 action classic “Kickboxer,” which showed Van Damme showing off his dance floor moves. However, in the same clip, the action star had to beat up a couple of the local tough guys, one of whom didn’t like the fact he was getting a bit too friendly with his girl. When the bad guys decided to make trouble, Van Damme pulled out all of his signature moves (including a split) to put the punks in their place. 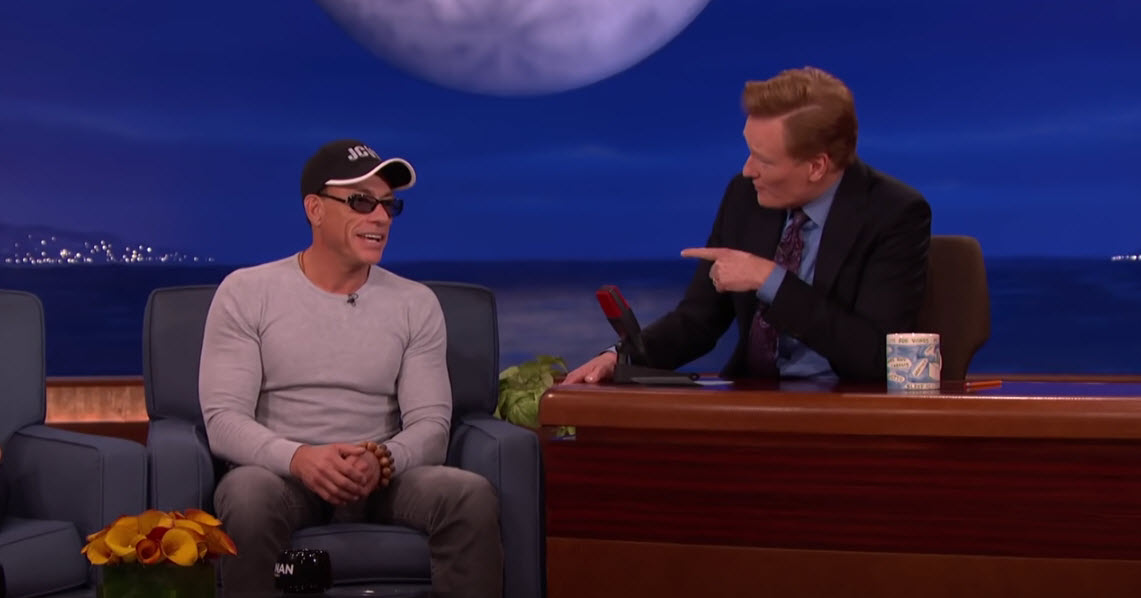 Looking back on his younger self probably brought back a lot of memories. While our looks may change, most of us pretty much have the same personality we had in our younger years, although life experiences offer us a bit more perspective. And while by a certain age, most of us may not be able to move the way we used to, Jean-Claude Van Damme doesn’t seem to have those issues, as the man looks to be more fit in his 50s than most of us were in our 20s. 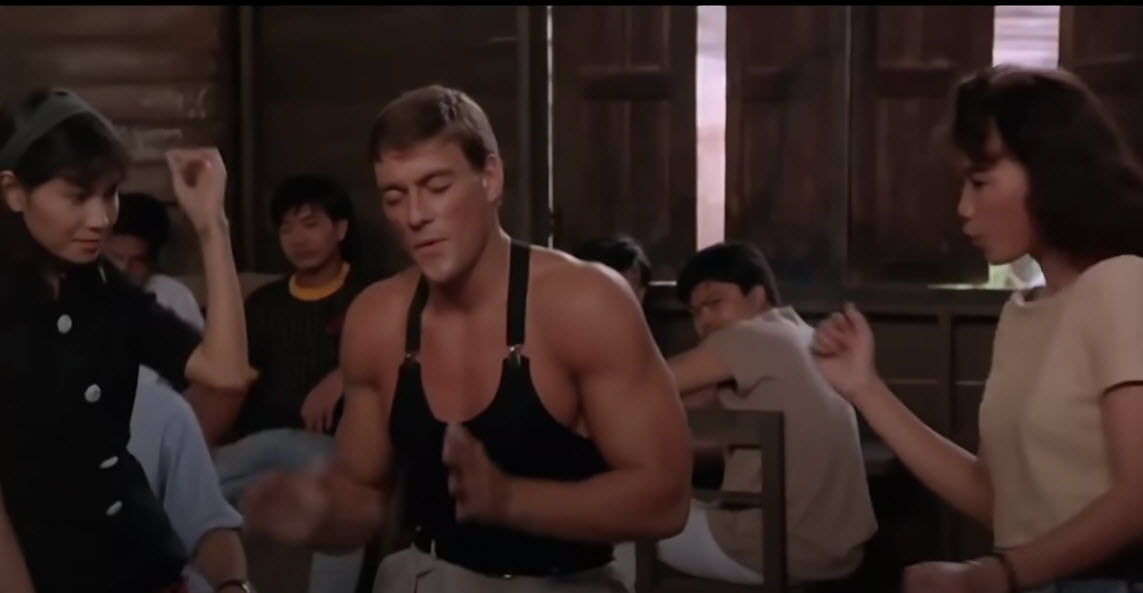 In the clip, Conan suggests that the action star recreate his famous dance scene for the fans. However, the host also had something else up his sleeve. As Van-Damme was starting to “feel the groove,” two street punks who happened to have a table in the studio decided to interrupt the party, just like in the film. 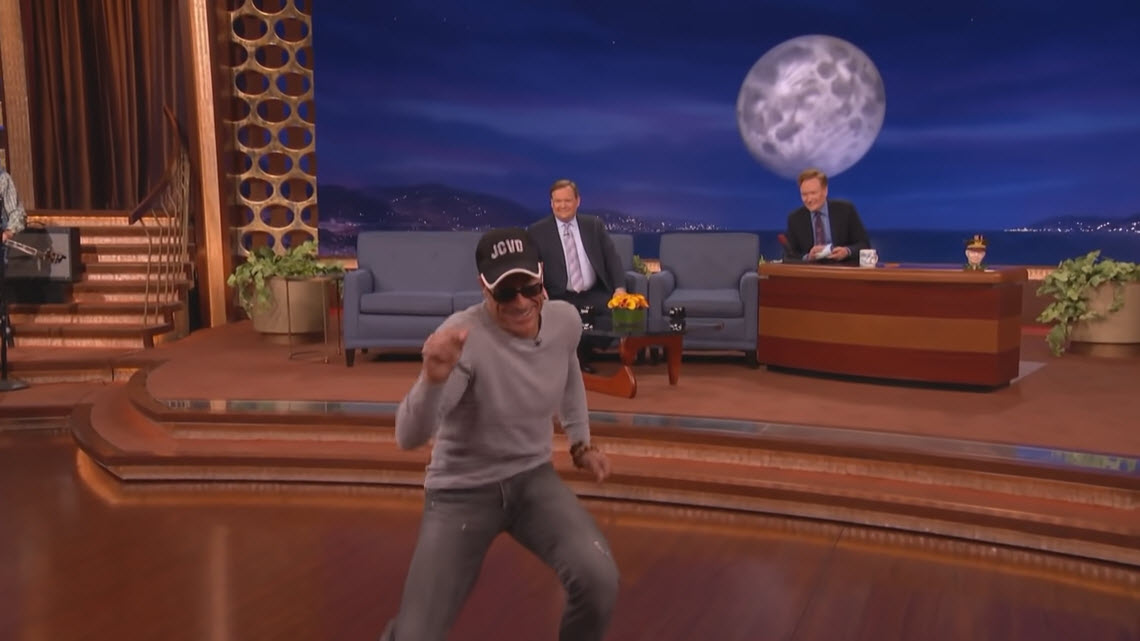 Well, Van Damme wasn’t about to let these guys ruin the party, so he did what action stars do best and introduced their faces to his foot. 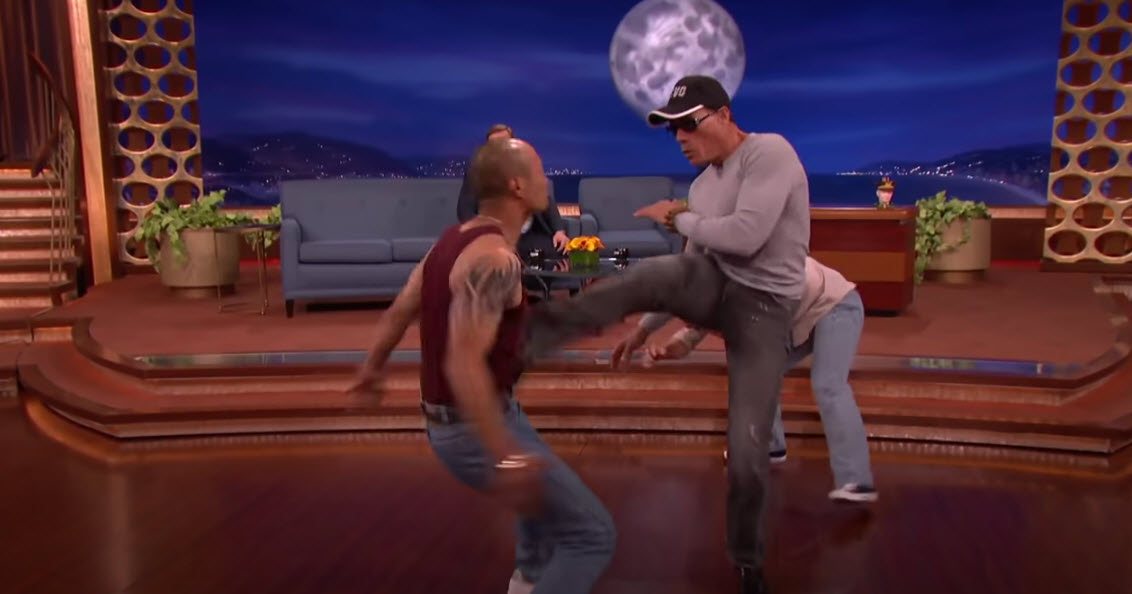 After the thrashing, Conan joined Van Damme on stage for some boogie time. 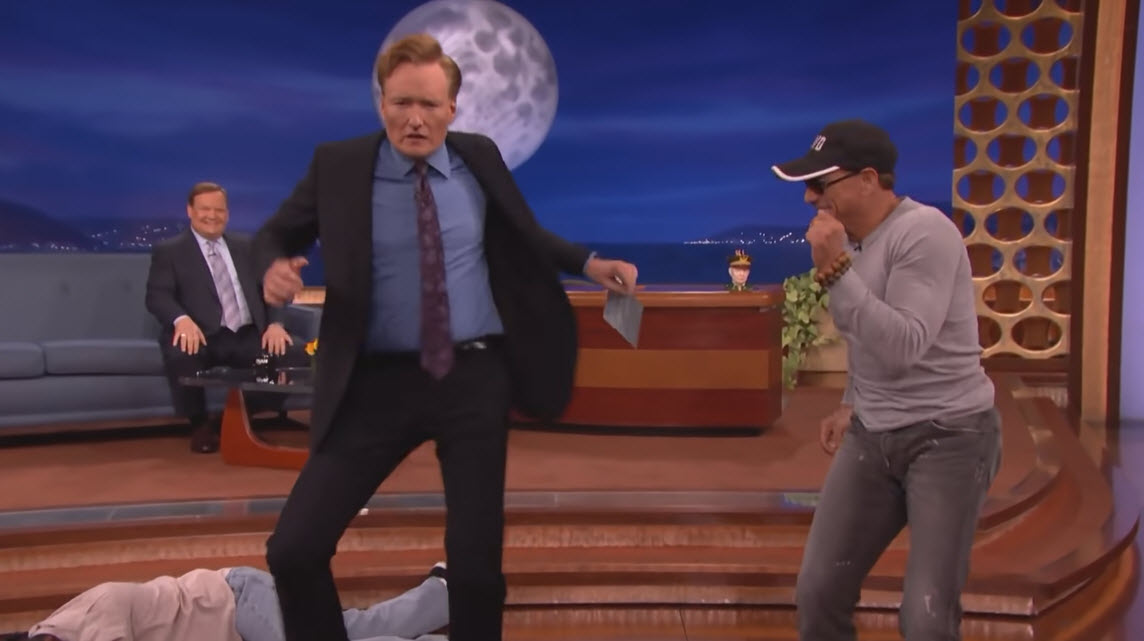 Check out this hilarious scene in the video below.