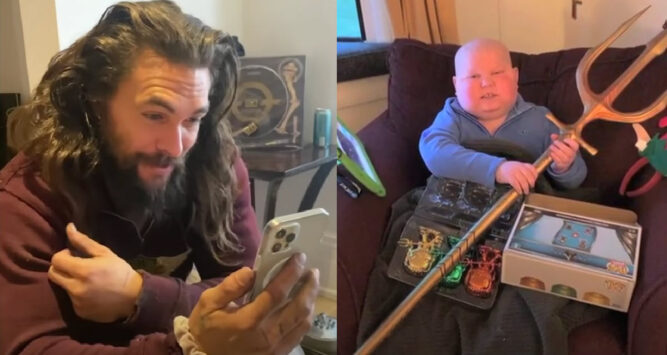 As a country obsessed with celebrities, it’s easy for us to focus on the scandals, watching with morbid fascination as a once-popular actor issues an apology while watching their career go up in flames for something they may have said or done years ago. Right or wrong, we tend only to remember these parts of a celebrity’s personal life. However, for actors like Jason Momoa, there’s another side to being famous that folks should hear more about. Momoa rose to fame after playing the iconic Khal Drogo on Game of Thrones. And while his character wasn’t exactly the cuddly type, he none-the-less stole the hearts of millions with his intense (albeit brief) performance on the show.

The actor has now managed to do for DC Comics’ Aquaman what Robert Downey Jr. did for Ironman. But what he did was even more remarkable in many ways. You see, for those who are unfamiliar with the character, Aquaman is often regarded as a lower-grade superhero because his main superpower is often thought of as being able to “talk to fish.” Years ago, an Aquaman toy would be the last toy left on the shelf, given to kids by clueless relatives with zero knowledge about comic books. But now, thanks to Momoa’s performances, there are millions of new Aquaman fans who love the character even more than some of the bigger names, such as Superman and Batman!

One such superfan is 7-year-old Danny, who’s fighting his own battle with cancer right now. Recently, Jason shared a video showing him giving his biggest fan a sweet surprise as he personally Facetimed the young boy. Jason first heard about Danny’s story after everyone fell in love with Danny’s joyous reaction in a video shot by his parents of their son, opening his present to find his new Aquaman actions figure. 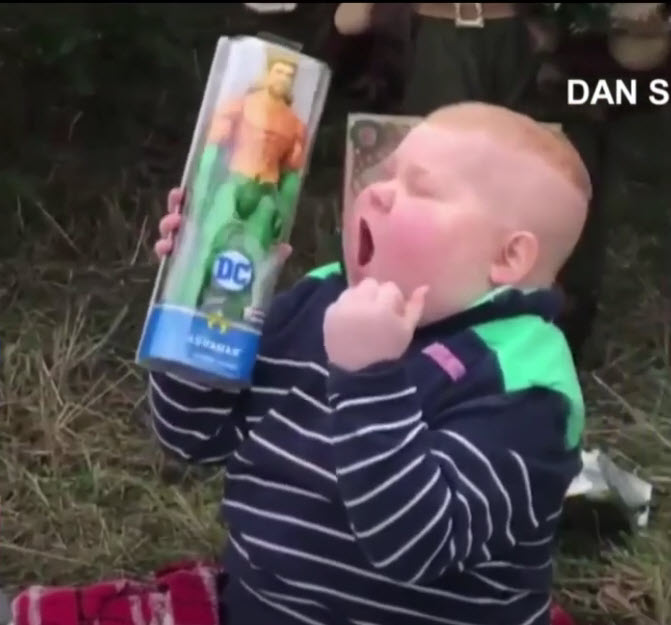 Now, when you’re a star who pulls in over $1.1 billion for any movie studio, chances are they are going to be very receptive to your requests, as was the case with Warner Bros. after Momoa made this public request.

Ask, Jason Momoa, and ye shall receive! Check out this heartwarming update from the DC superhero.

Danny’s gift included a personal note from his favorite hero.

The joy on this little guy’s face says it all.

God bless heroes like Jason Momoa, who bring light to the world of brave children like Danny. You can watch a video about this heartwarming story below.