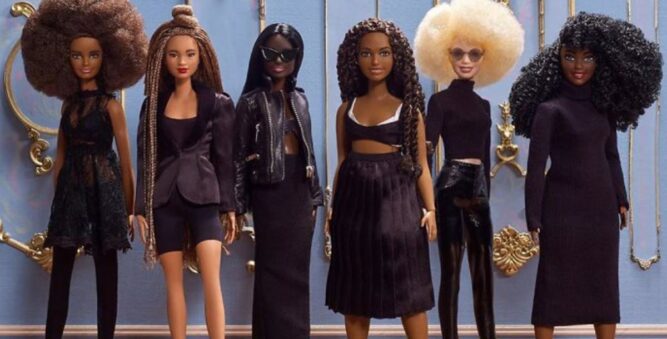 Growing up as a young Black man in the United States, I didn’t think too much about the lack of diversity and representation in dolls and action figures. I was a huge video game player and my head was mostly caught up in all of that. It wasn’t until I got older that I realized that for kids who wanted to play with dolls or action figures, there were limited options when it came to having dolls that look like them. However, I quickly realized that if I were a little girl and couldn’t find a doll that looked like me, I would have been very unhappy about that.

When you’re talking about toys, most children would prefer to have a doll that resembles them or at least makes them feel like they matter. If you’re a little Black girl and all of your dolls are White, how does that make you feel? Regardless of one’s race, background, or ethnicity, children want to play with figures that resemble them. I asked my wife about this. She’s a White lady. She said that when she was growing up, she did have at least one Black doll, but she would have wondered what was up if she only had Black dolls. She said she totally gets why little Black girls want representation.

Fortunately, because of a lot of activism, little children today have more options when it comes to the dolls they can play with. Besides the activism, it seems that toy companies finally got wise to the profits they could be making if they offered more diverse options. Last year, Barbie created a new line with 10 Barbies dolls that will make little Black girls feel more represented. Mattel partnered with a talented costume designer named Shiona Turini to create the line, which features different skin tones and hairstyles, along with different body types.

Shiona said that this line of Barbies made her childhood dreams come true and she loved that Barbie approached her to help with this project.

The designer said that her vision was to style realistic and diverse Barbies in bold looks, including themes that she typically works with, such as contrasting leopard and snakeskin (faux, of course), thereby challenging the uniformity that you traditionally see. In 1980, Barbie released its first Black Barbie, who had an afro and wore a sparkling red dress. Recently, they brought this doll back to celebrate her 40th anniversary.