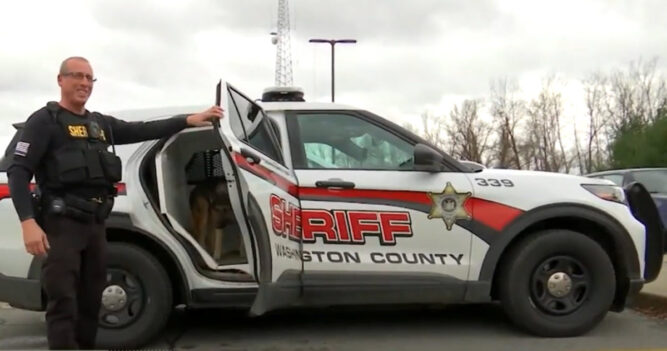 The feeling of dread when red, white, and blue flashing lights appear in their rearview is something most of us have felt. While most of the time, traffic stops are mundane, joyless, and procedural exercises in motor vehicle code enforcement, it still doesn’t reduce the feeling one has when they know they are about to be out of a lot of money. Paying money for a ticket isn’t a lot of fun and can hurt your insurance rates. And for mom Jeanette Porter, a resident of Washington County, New York, this might have crossed her mind as soon as she spotted police lights in her rearview while she was on a diaper run during Halloween.

However, when Deputy Dale Quesnel, a K-9 handler with the Washington County Sheriff’s department, walked up to her window and began to chat, he learned about her unusual circumstances.

She had not even gone out for her child, but her precious nieces. And she knew that a local food bank was giving away diapers, and she was in a rush to get there before the supplies were all gone.

“I guess I’m a soft cop, I like to help people out.” ❤https://t.co/MzxgafjbeJ

Understanding the heartbreaking situation Jeanette, like so many Americans these days, was facing, Quesnel used his discretion and decided not to give this struggling mom a ticket.

At a time when some police officers have made headlines for the wrong reasons, Deputy Dale Quesnel went above and beyond to help a woman in need. https://t.co/ImjI3pc39j

Instead, he would offer her something else.

The profound shift in the officer’s tone and purpose floored Porter, but she accepted his kind offer and was able to get the supplies she needed for her family after all.

It seems that Quesnel has a reputation for surprising many of the people he comes into contact with.

And as one would expect, the modest officer brushed off the recognition he’s received, saying that he must be going “soft.”

During these divided times where people can’t seem to agree on the police’s role in our communities, it’s stories like this that can bring everyone together on the same page. Perhaps we should focus more on these stories as clues to solutions to some of our problems moving forward? 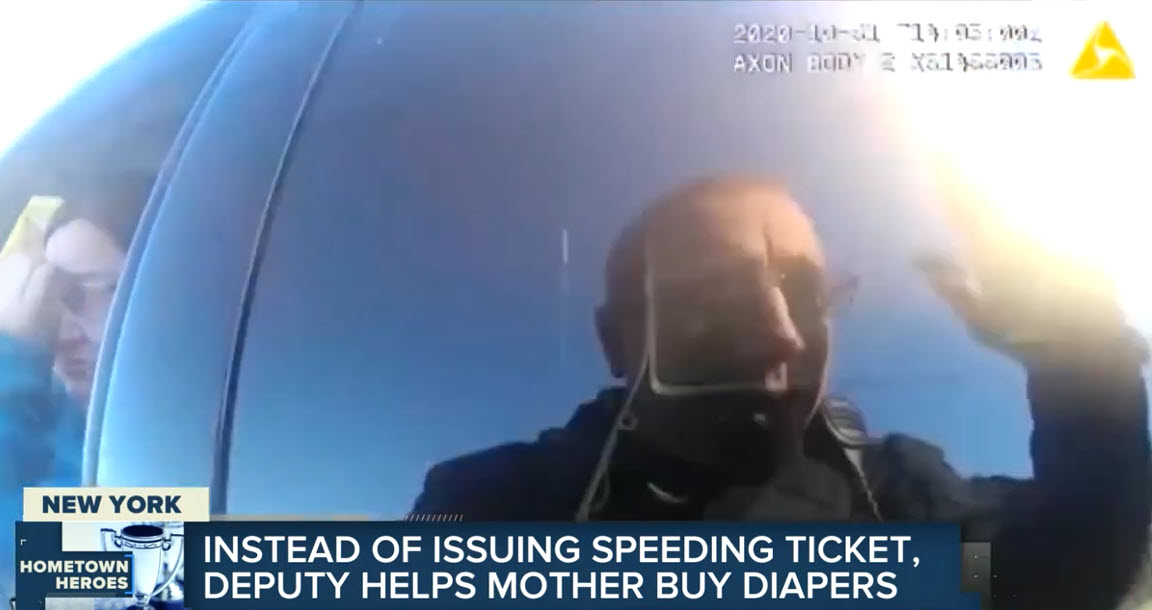 You can also watch a video about officer Quensel’s sweet gesture below.