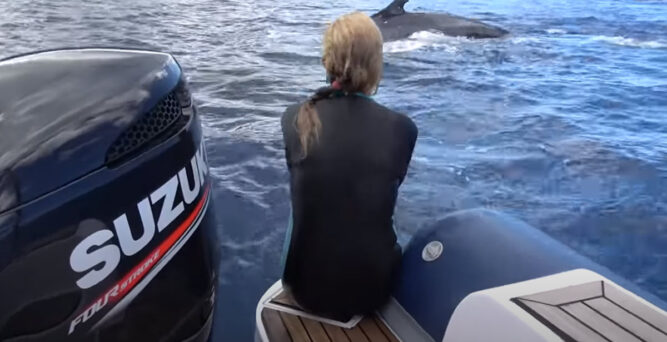 Nan Hauser is a marine biologist who is passionate about all things having to do with the ocean, and whales particularly. A couple of years ago, Nan was diving when a humpback whale that weighed about 50,000 pounds swam up to her when she was diving off the waters off the Cook Islands. The whale started lifting Nan out of the water with its huge head and she was terrified. She said that she spent 28 years underwater with marine wildlife and whales and has never seen one be so “tactile” and insistent on putting her on his head, back, and even scarier, trying to tuck her under his pectoral fin.

She noted that if he had hit her too hard with his flippers, it could have ruptured her organs and killed her. Had he held her underneath his pectoral fin, she would have drowned. In other words, there was a lot that could go wrong. However, if he had hurt her, it would have been by accident because what he was actually doing was trying to save her life. Remarkably, Nan’s team caught it all on video. When her team finally got her out of the water and onto the boat, she noticed something she didn’t see before: a 15-foot-long tiger shark that was lurking on the other side of the whale. 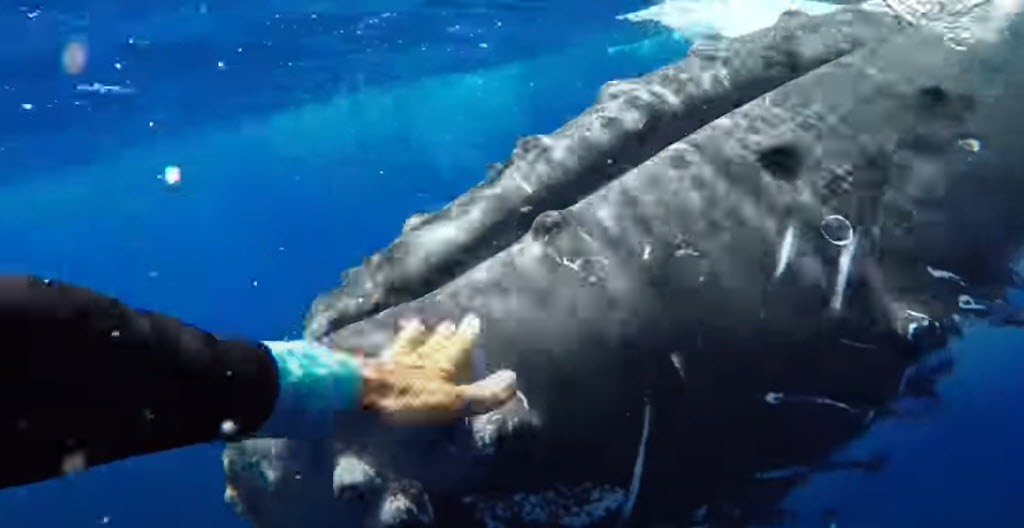 In the video, you can see that the heroic whale wasn’t trying to attack her, but instead, very likely saved her from being attacked by a deadly shark. This isn’t the first time a humpback has been seen intervening in things like this. The humpback is famous for its altruism. In the video, you can see just how careful the giant sea mammal was with Nan. It’s quite amazing to watch. Nan thinks that the whale head-butted her and tried to protect her from the predator. 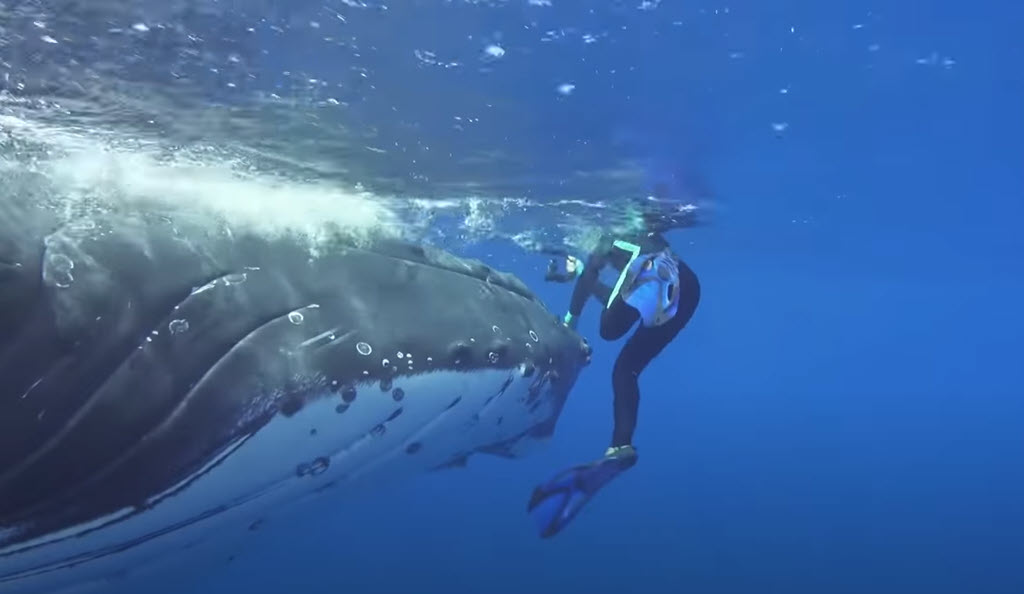 Watch this amazing video below.