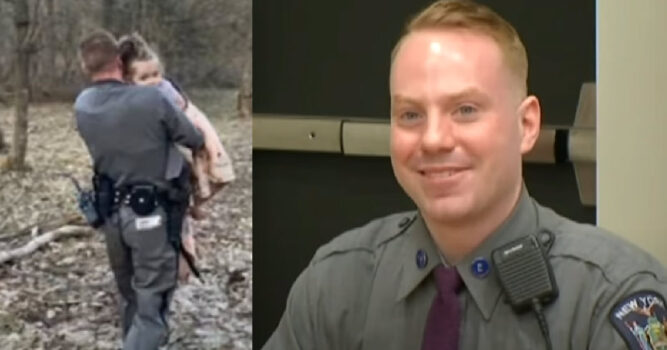 In New York, a State Trooper recalls the emotional moment he reduced a missing 2-year-old little girl from would have likely been a certain tragedy.

“I still can’t get that out of my head, her turning over and looking at me and throwing her hands up in the air. I’ll never forget that,” New York State Trooper Brian Hotchkiss said. 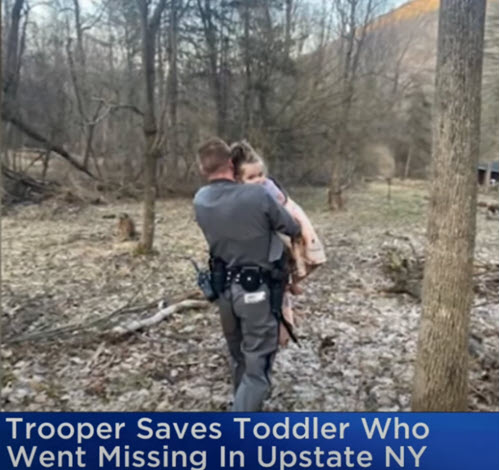 On March 27, first responders were tasked with locating a missing child in South Bristol, New York.  And time was not on their side.

“It was getting close to getting dark out and getting cold. We wanted to get the search done as soon as we could,” Ontario County Sheriff Kevin Henderson said.[1] 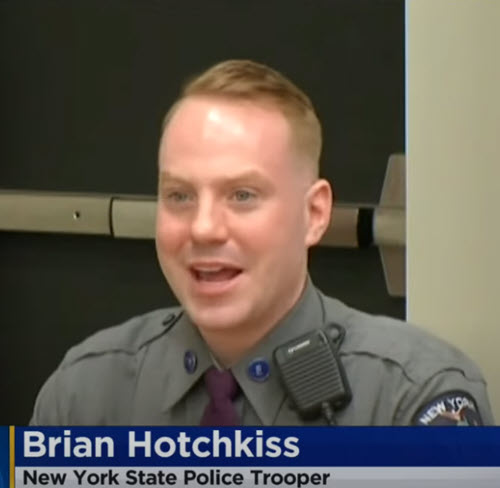 Additional resources, which included Officer Hotchkiss, were called in to assist in locating the missing toddler.

“These missing kids, it can go really bad. It’s time sensitive depending on the time of year, so although it was a nice day the temperature was dropping,” he said.

Hotchkiss immediately began knocking on doors in the neighborhood on the off chance the child wandered over to a stranger’s home, but he and his fellow officers had no luck.

Then, he and two other troopers decided to expand the search perimeter, climbing Bristol Mountain, which was no more than a half-mile from the child’s home.

“I knew I wouldn’t be able to sleep at night if I didn’t check. I kept climbing and climbing after about 45 minutes of the climb, I looked up to the summit of the mountain and all I could see were trees and dirt,” he said. 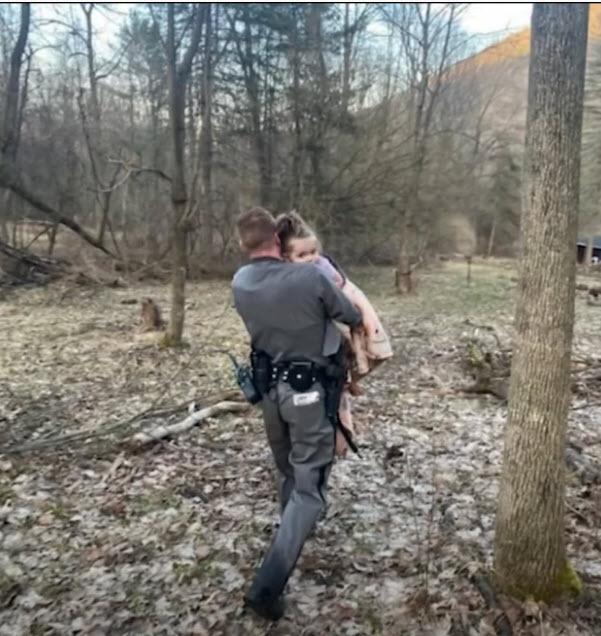 Upon reaching the top, he saw something moving in the trees, something that was definitely out of the ordinary.

“My heart just dropped. I was so excited. She hugged me immediately and wouldn’t let go. We’re very thankful for it.”

Hotchkiss rescued the child just in time as only 30 minutes of sunlight remained in the day.

“I’ve seen these go really bad. We weren’t giving up. We were fearing the worst was going to happen. Her turning and looking at me, throwing her hands up in the air, that’s something I’ll never forget,” he said. 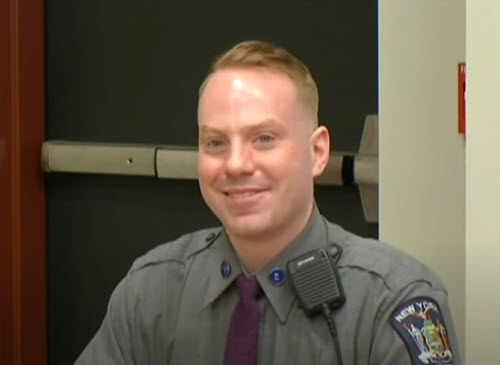 You can watch a news report about this happy ending below.

Thanks for reading. Please be so kind as to pass this story on to your friends and family?