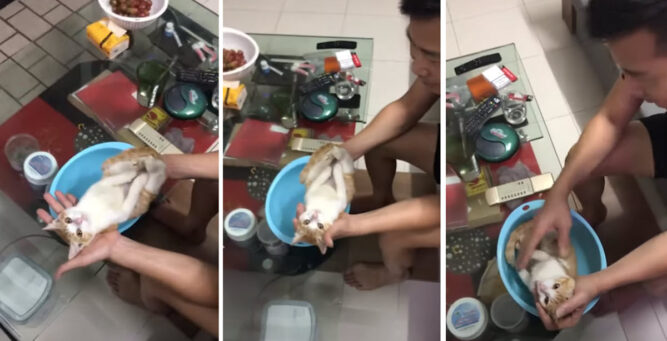 When I was 15, my mom and dad got a huge surprise: they were going to have another baby. Before then, I was an only child, so that was a big change for everyone in the house. Fortunately, they had raised me, so it wasn’t all new to them, but the fact is, keeping a tiny human alive and taking care of it can be extremely stressful. Perhaps one of the most stressful things to do as a new parent is to give your baby a bath. When you put a baby in the water, there’s so much that can go wrong, and knowing how to properly bathe a baby is very helpful.

A grandpa-to-be knew that his son and daughter-in-law were nervous about having a baby, so he decided to teach them some things about caring for a newborn. The first thing he wanted to show them was how to bathe a baby. Fortunately, he had someone around who was willing to be the “model” in this demonstration: his cat, Lạc Lạc. Lạc Lạc is a rescue kitty who is a beloved member of the family, and Vinh knew that the kitty would be game about being used to show some parents-to-be how to bathe their newborn. 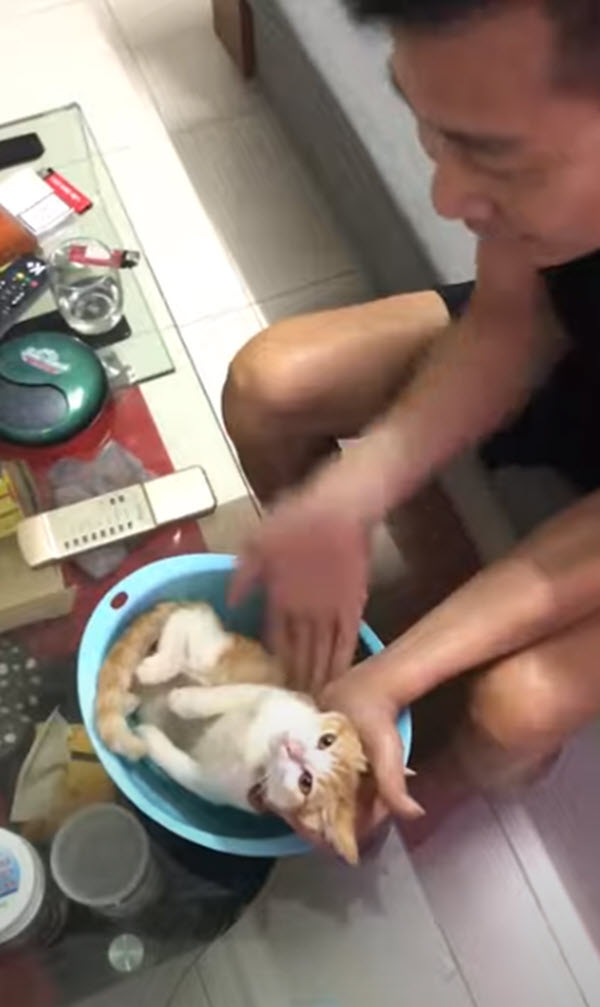 Lạc Lạc was a rescue cat and was saved from the streets of Vietnam by Vinh Quant, his wife, and his dad (the man in the video). The kitty was spoiled and beloved ever since he was adopted, and people everywhere who have cats, including me, are amazed at how chill the cat is while he’s being used to demonstrate a bath. No cat in my house would allow this. Lạc Lạc is a legend. 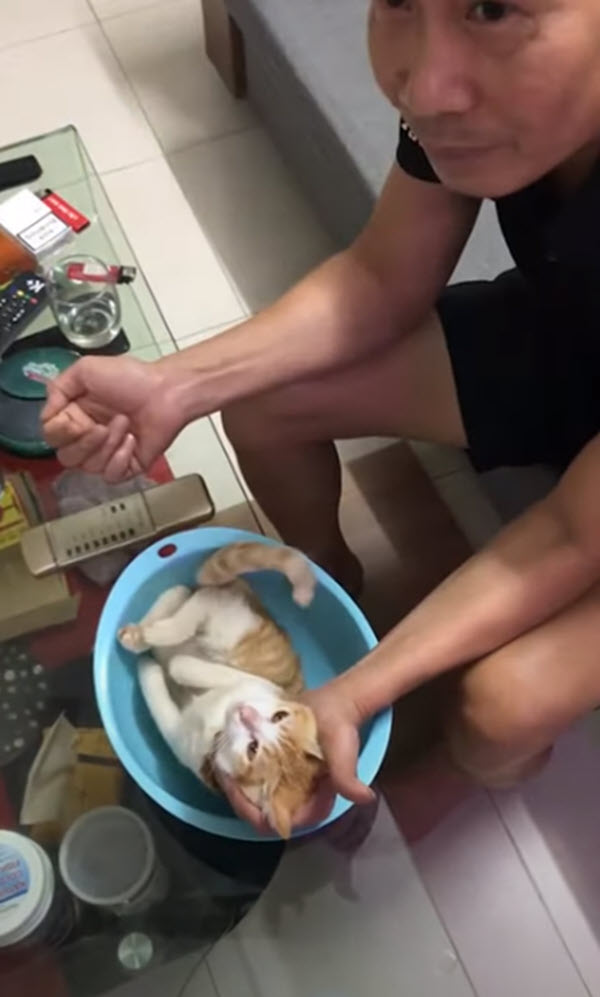 My wife first showed me this video and we couldn’t believe this well-behaved cat. There was no water involved and that probably helped a lot, but still, he was a very good kitty. Watch this awesome video below.