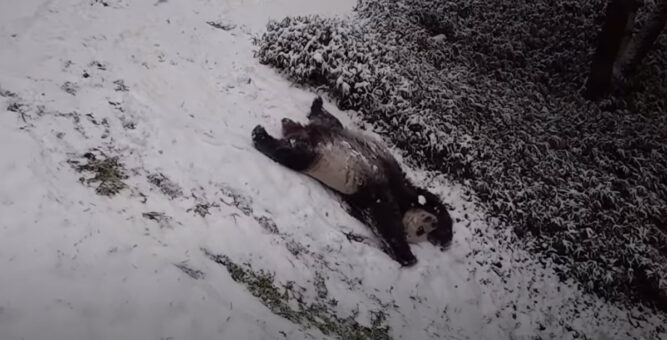 If there’s one thing people in Washington, D.C. can agree on, it’s that the giant pandas at the Smithsonian National Zoo are completely adorable. If anyone doesn’t love pandas, they just don’t even need to be elected, honestly. The giant pandas at the National Zoo are named Mei Xiang and Tian Tian, and they’re parents to an equally adorable cub named Xiao Qi Ji. Recently, the area has had some snowfall and the famous “Panda Cam” captured these big bears playing in the snow like little kids do when they see the first snowfall of the years. These two came outside and it was just really cute.

The pair arrived at the zoo in 2000 and they’ve been living there happily ever since. In that time, they’ve had three cubs who are also thriving. When they arrived, it was an important moment for the zoo. The giant panda who lived there before, Hsing-Hsing, died the year before, and that left the zoo without pandas for the first time in 25 years. The Friends of the National Zoo worked for a few years to get more pandas at the zoo because they’re so beloved by visitors to the zoo. Millions of people have gone to the National Zoo and one of the things they love seeing the most is the giant bears. 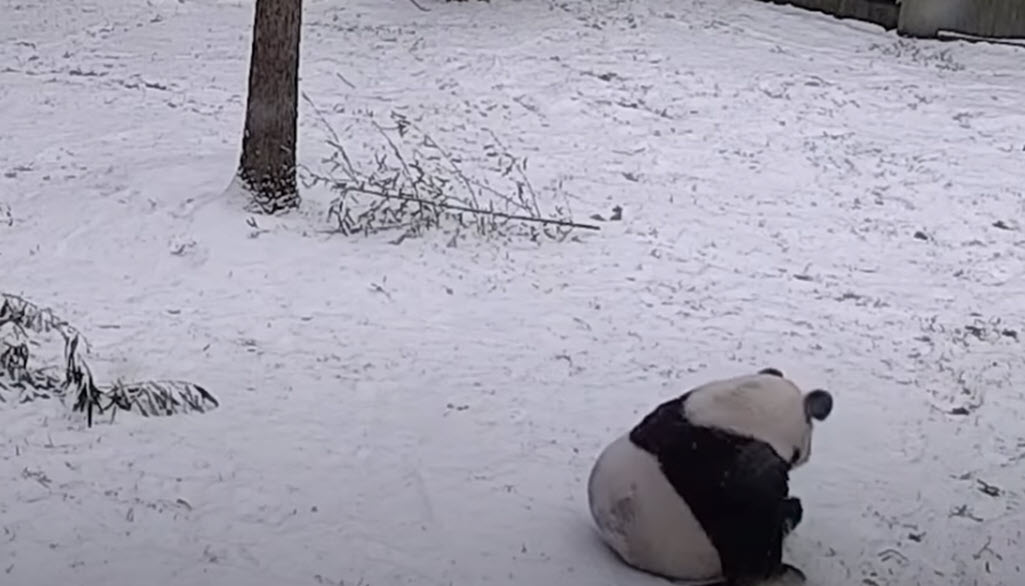 To get the couple to the zoo, the Friends of the National Zoo had to raise nearly $13 million to bring them from China. Now, Tian Tian is 20 years old and Mei Xiang is 19 years old. They love hanging out munching on bamboo in their yard and taking naps inside their habitat on the Asia Trail. In the video below, you’ll see these two rolling around, running in circles, and sliding down the hill as the snow continued to fall.

Watch this adorable video below.